To know More About me Visit Here: carlkruse.org 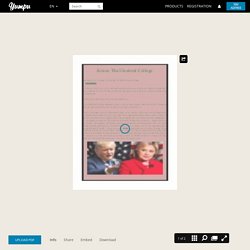 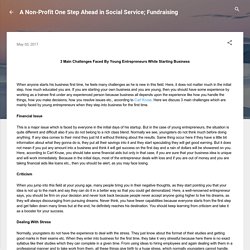 Here, it does not matter much in the initial step, how much educated you are. If you are starting your own business and you are young, then you should have some experience by working as a trainee first under any experienced person because business all depends upon the experience like how you handle the things, how you make decisions, how you resolve issues etc., according to Carl Kruse. Here we discuss 3 main challenges which are mainly faced by young entrepreneurs when they step into business for the first time. Financial Issue This is a major issue which is faced by everyone in the initial days of his startup. Criticism Dealing With Stress Normally, youngsters do not have the experience to deal with the stress. 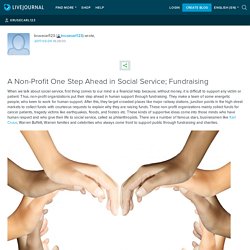 Thus, non-profit organizations put their step ahead in human support through fundraising. They make a team of some energetic people, who keen to work for human support. After this, they target crowded places like major railway stations, junction points in the high street markets to collect funds with courteous requests to explain why they are raising funds. These non-profit organizations mainly collect funds for cancer patients, tragedy victims like earthquakes, floods, and fosters etc. These kinds of supportive ideas come into those minds who have human respect and who give their life to social service, called as philanthropists.

When a person become rich and famous, by god grace he starts doing something by which he could help people or the creation of God. Carl Kruse. Carl Kruse is taking a break. 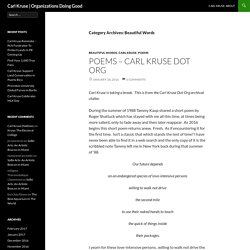 This is from the Carl Kruse Dot Org archival clutter. During the summer of 1988 Tammy Kaup shared a short poem by Roger Shattuck which has stayed with me all this time, at times being more salient, only to fade away and then later reappear. As 2016 begins this short poem returns anew. Fresh. As if encountering it for the first time. Our future depends on an endangered species of love-intensive persons willing to walk not drive the second mile to use their naked hands to touch. Tips For Entrepreneurs to Attract Right Investors. The Entrepreneur. Carl Kruse.