Free_walk1. Travel - Just don’t call it Turkish coffee. The Unwritten Rules of Prague, Prague - Czech Republic. In any cosmopolitan city, it's the little things that separate the locals from the tourists. 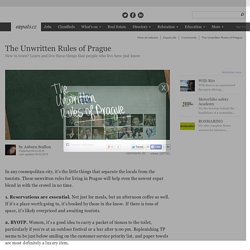 These unwritten rules for living in Prague will help even the newest expat blend in with the crowd in no time. 1. Reservations are essential. 10 Student Discounts You Can Still Use After Graduating (Infographic) So, you just graduated. 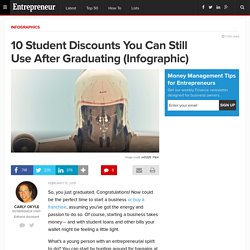 Congratulations! Now could be the perfect time to start a business or buy a franchise, assuming you’ve got the energy and passion to do so. Of course, starting a business takes money -- and with student loans and other bills your wallet might be feeling a little light. 11 Things You Never Need to Pack. (Photo: Craig Holmes/Stocksy) 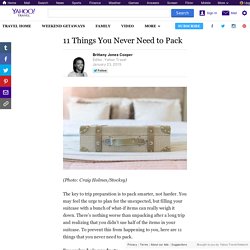 How to Save Money When Traveling to Any Destination. Encontrar tu gente - Meetup. SOLO TRAVEL Archives. Walking and missing … Why your best friends would make terrible travel friends. Photo: jeff habourdin ONE OF MY CLOSEST FRIENDS refuses to stay in shitty hotels. 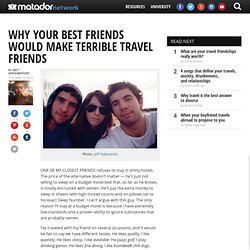 The price of the alternative doesn’t matter — he’s just not willing to sleep on a budget motel bed that, as far as he knows, is totally encrusted with semen. He’ll pay the extra money to sleep in sheets with high thread counts and on pillows set to his exact Sleep Number. 16 Perfect Pieces Of Travel Wisdom You Never Knew You Needed. Sometimes, the best travel tips don't come from a massive traveler's encyclopedia or a lengthy travel article or from sifting through piles and piles of photographically fabulous blogs. 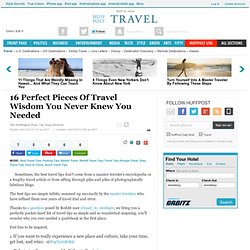 The best tips are simple tidbits, summed up succinctly by the master travelers who have refined them over years of travel trial and error. Thanks to a question posed by Reddit user @road_to_nowhere, we bring you a perfectly pocket-sized list of travel tips so simple and so wanderlust-inspiring, you'll wonder why you ever needed a guidebook in the first place. Feel free to be inspired. Cuentas para viajar más barato y seguro este verano. No gastar mucho dinero y volver a casa sano y salvo; esas podrían ser las dos principales consignas de cualquier viaje. 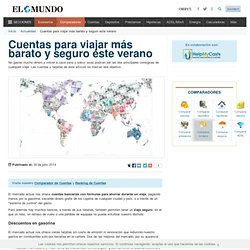 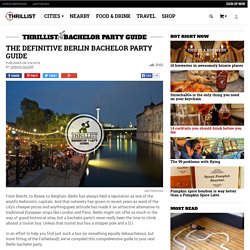 The problem is, getting a large group through the door can be nigh impossible, especially a large group of dudes. Your best bet is to split up and approach two to three at a time. Stay cool, and show no fear to the door guy. Also, dress down. These aren’t the bottle-service spots you're use to in Vegas and Miami. For a club you can actually get into with your group: Matrix Built inside an abandoned train station (every club in Berlin is built in an abandoned fill-in-the-blank), this epic-sized spot with five dance floors and nine bars offers enough room for everyone, and a diverse enough music selection to shut up the one guy in your group who hates techno. If You Scream Out Your Window At Night In Sweden, Something Unexpected Happens. By Alicia Lutes 11/16/2014 Here is a weird thing that is totally real: when someone screams out their window in Sweden, Sweden screams right back. 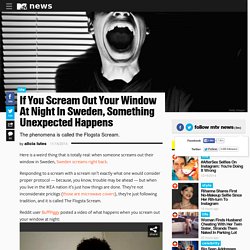 The Flogsta Scream. The Flogsta Scream occurs every night at 10 p.m. when university students living in Uppsala's Flogsta neighborhood stop what they're doing and let out a collective scream from their windows, balconies, and rooftops. 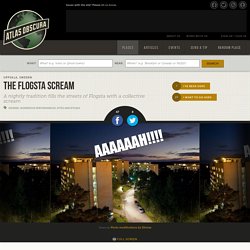 Most Affordable Cities in the World for Young People - Paris, Toronto, and Los Angeles Top Our List. Is Graz in Austria the coolest city you've never heard of?Travel Unmasked. In early August this year, I visited the Austrian city of Graz for the first time. 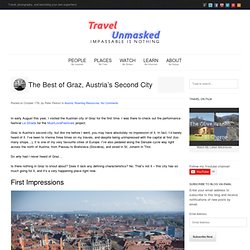 La Strada Graz 2014 - highlights & videos of La Strada festivalTravel Unmasked. La Strada, meaning ‘The Street’ in Italian, is an annual festival of theatre, street performances and puppetry, that takes place for a week or more in Graz each summer. Round the World Fare. 18,043 daily flights. 1,269 destinations. 193 countries. One Round the World Fare. While other people plan holidays, do you plan adventures? Is lying on a beach only part of the experience – along with sampling a mix of fascinating cultures, adrenaline-fuelled activities and other once-in-a-lifetime opportunities? Whatever you dream of doing, and wherever you dream of going, the Star Alliance™ Round the World Fare is your ticket to the world.