Top 10 Non-Techno Clubs in Berlin. Edit your personal settings Newsletter Set up regular updates and information to get the news as it happens or create a weekly digest. 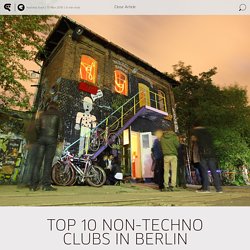 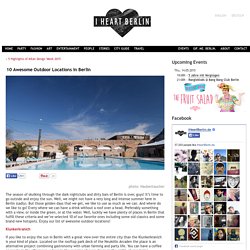 It’s time to go outside and enjoy the sun. Well, we might not have a very long and intense summer here in Berlin (sadly). But those golden days that we get, we like to use as much as we can. And where do we like to go? Klunkerkranich If you like to enjoy the sun in Berlin with a great view over the entire city than the Klunkerkranich is your kind of place. Abandoned Berlin. 10 Reasons Berlin Is Still Cool. In the last decade, Berlin has been transformed from a city that was once touted as "poor but sexy" to a rapidly growing international hub with a bustling tech startup scene, an expanding expat community, and a host of riled natives. 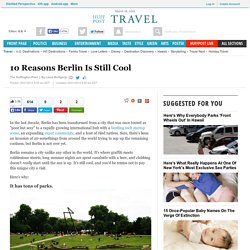 Sure, there's been an invasion of 20-somethings from around the world trying to sop up the remaining coolness, but Berlin is not over yet. Berlin remains a city unlike any other in the world. It's where graffiti meets cobblestone streets, long summer nights are spent canalside with a beer, and clubbing doesn't really start until the sun is up. It's still cool, and you'd be remiss not to pay this unique city a visit.

Here's why: It has tons of parks. With its long, grim winters, Berliners know how to appreciate good weather. Canals, rivers, and lakes abound. In the summer, locals flock to Berlin's winding network of canals to laze along its grassy banks or float down the murky waters in dinghies. Neu West Berlin. Gix & Partys - KØPI 137. Partys & Konzerte - Ausgehen im Nachtleben von Berlin. 'New Berlin': The Rise and Fall of Cool Cities. When Andre Herrmann first moved to Leipzig in 2007, the post-industrial East German city wasn’t exactly known for its glamour. 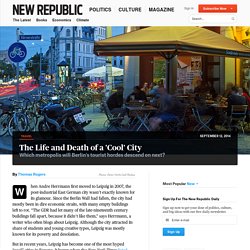 Since the Berlin Wall had fallen, the city had mostly been in dire economic straits, with many empty buildings left to rot. “The GDR had let many of the late-nineteenth century buildings fall apart, because it didn’t like them,” says Herrmann, a writer who often blogs about Leipzig. Although the city attracted its share of students and young creative types, Leipzig was mostly known for its poverty and desolation. But in recent years, Leipzig has become one of the most hyped “cool” cities in Europe. It began when the New York Times listed Leipzig as one of its “places to go” in 2010, touting its music scene and burgeoning artist community. Hendrik Schmidt/picture-alliance/dpa/AP Images The decorated boat fleet in the traditional parade for the 14th water festival on the Karl-Heine-Canal in Leipzig, Germany. Sean Gallup/Getty Images. Winter in Berlin – 21 awesome things to do - Mit Vergnügen Berlin. No one is on the streets, you spent half of the time curled up on the couch catching up with all the shows you missed during the summer and your friends don’t want to leave the house because they say it’s “too cold!” 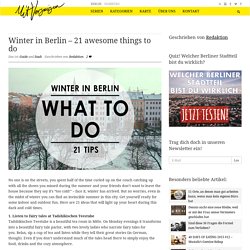 Two buildings face each other on the Spree: one is a shiny highrise, its mosaic of metallic colours gleaming on the roadside. 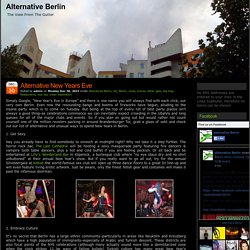 It is the new Mercedes Benz building that will be constructed by Caimmo. Across the road from it sits a beach club with a colourful graffiti-style sign and gates flung wide open. Inside a festive assembly of shacks serving food and drinks encloses an umbrella filled courtyard which opens onto a Spree-side beach. Right: The proposed Mercedes building en-situ. YAAM occupies a vacant lot next to East Side Gallery park. Humble spaces like the YAAM club epitomize Berlin’s style and spirit. The new highrise theatres, hotels, and in some cases, hostels, going up all around Berlin repel casual visitors. YAAM. Badehaus Szimpla Berlin. Abandoned Berlin.