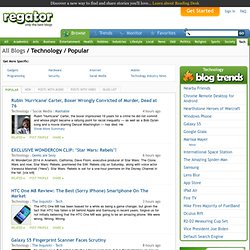 At WonderCon 2014 in Anaheim, California, Dave Filoni, executive producer of Star Wars: The Clone Wars and now, Star Wars: Rebels, premiered the SW: Rebels clip on Saturday, along with voice actor Vanessa Marshall (“Hera”). Star Wars: Rebels is set for a one-hour premiere on the Disney Channel in the fall. [via io9] HTC One M8 Review: The Best (Sorry iPhone) Smartphone On The Market The HTC One M8 has been teased for a while as being a game changer, but given the fact that HTC has fallen a bit behind Apple and Samsung in recent years, forgive us for not initially believing that the HTC One M8 was going to be an amazing phone. Galaxy S5 Fingerprint Scanner Faces Scrutiny No phone says “futuristic” quite like a finger scan lock, but is the technology as secure as it sounds? Samsung.com outage causes error messages on phones and TVs worldwide The Loch Ness Monster: Only on iOS. Technorati - Tech News. SiloBreaker - Tech News. 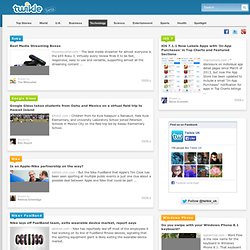 Virtually every review finds it to be fast, responsive, easy to use and versatile, supporting almost all the streaming content ... Shared byThe Wirecutter After tests, we have a new budget media streamer pick. (It’s not Amazon Fire TV—the interface still needs some work.) Shared byKim Huynh My worlds collide- Google Glass takes students from Oahu and Mexico on a virtual field trip to Hawaii Island Is an Apple-Nike partnership on the way? Edition.cnn.com - But the Nike FuelBand that Apple's Tim Cook has been seen sporting at multiple public events is just one clue about a possible deal between Apple and Nike that could be part ...

Shared byPatricia Greenidge Shared byGer O'Donnell Just had my Nike+ Fuelband replaced (for free) by Nike after a hardware failure... and then I see this. Sulia - Tech News. Check Out 'Card Dungeon', an "Unholy Mix of Board, Card, and Computer Games Rolled into a Roguelike" The title of this post is a bit of a paraphrase of how indie developers Fredrik Skarstedt and Ryan Christy describe their upcoming iOS game Card Dungeon, but if I know the TouchArcade audience then I'm sure a digital mashup of card game, board game and roguelike is bound to get your juices flowing. 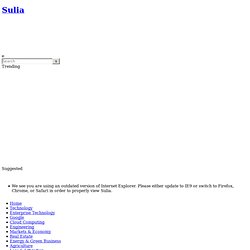 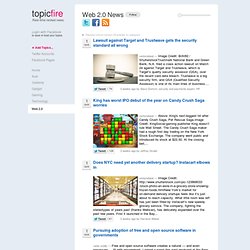