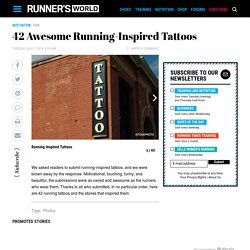 {* loginWidget *} Welcome back! {* #signInForm *} {* signInEmailAddress *} {* currentPassword *} {* /signInForm *} Your account has been deactivated. Please confirm the information below before signing in. {* #socialRegistrationForm *} {* emailAddress *} {* displayName *} Runner's World Newsletters {* /socialRegistrationForm *} Please confirm the information below before signing in. {* #registrationForm *} {* emailAddress *} {* displayName *} {* newPassword *} {* newPasswordConfirm *} 12 Great Running Movies That Motivate. Critic’s Take: “Peter Strauss gives one of the great one-off performances in television history”--Tim Brayton, Antagony & Ecstasy Why you should watch: As a defiant loner behind prison bars who finds the emotional release he requires through running, Peter Strauss deserved the Emmy he won. 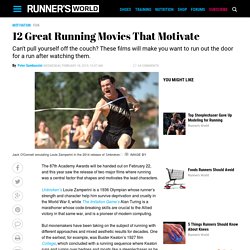 His staunch individualism will resonate with restless persons who did not opt for a team sport. The scenario is admittedly a bit improbable; Strauss’ character becomes one of the country’s top milers while incarcerated in Folsom Prison. But Strauss can really run, and when he talks about "floating" it might be the first moment of unadulterated bliss in his character's life. 50 Fitness Motivation Quotes For Your Motivation Board. Cold weather or lack of motivation keeping you from working out? 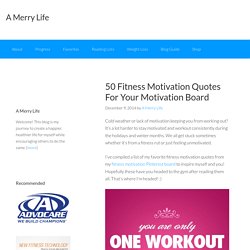 It’s a lot harder to stay motivated and workout consistently during the holidays and winter months. 50 Fitness Motivation Quotes For Your Motivation Board. Three Lessons from Meb Keflezighi. The Monday after the 2014 New York City Marathon, I was invited to join Meb Keflezighi on two discussion panels, a morning session in New York City and an evening session at Yale University in New Haven, Connecticut. 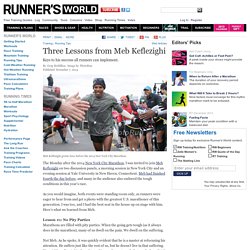 Meb had finished fourth the day before, and many in the audience also endured the tough conditions in this year’s race. As you would imagine, both events were standing room only, as runners were eager to hear from and get a photo with the greatest U.S. marathoner of this generation. I was too, and I had the best seat in the house up on stage with him. Don't Shy Away From Hills. Toughness. Progress Is Rarely A Straight Line. Mental Will. Do A Little More Each Day. Running is My Therapy. Run to Be Free. A Lifelong Friend. Toughness. Continue. Endurance. The Beauty of Starting Lines. 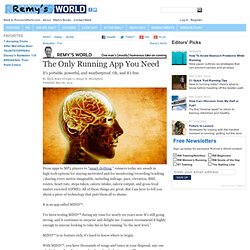 All of these things are great. But I am here to tell you about a piece of technology that puts them all to shame. It is an app called MIND™. I've been testing MIND™ during my runs for nearly 20 years now. It's still going strong, and it continues to surprise and delight me. MIND™ is so feature-rich, it's hard to know where to begin. With MIND™, you have thousands of songs and tunes at your disposal, any one of which may "pop" into your head randomly during a run.

MIND™ comes bundled with several other preinstalled applications, including: Motivation Monday: A MUST SEE Race! MOTIVATION - "It's Possible" Best Inspirational Video Ever. Your motivation for fitness training – call your fitness trainer or get yourself a fitness program and let the workout begin. If it’s important, you’ll find a way, if not, you’ll always find excuses! 5 reasons to drink lemon water – Balance pH, keep skin clear and glowing, kick start the digestive system, lose weight, control the coffee habit What a perfect way to finish tough mudder. 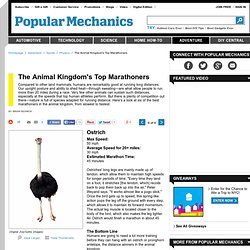 Sports presents the most memorable moments in Summer Olympic history. Usain Bolt claimed his second Olympic gold medal in the men's 100 with a blazing 9.63 seconds. 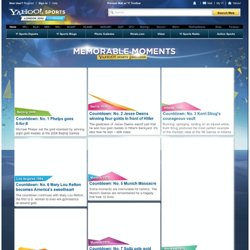 In golden fashion, Michael Phelps won medal No. 19 to move ahead of Larissa Latynina. The U.S. women won team gold for the first time since 1996 thanks to a strong performance from Jordyn Wieber. After whiffing on the Beijing Games four years ago, Dana Vollmer charged back in London to win a gold medal in the 100-meter butterfly and set a new world record. Ray Lewis - Effort. No Excuses Motivation. Rocky Balboa Speech - Motivation. Hard Work Beats Talent. MOTIVATION - PAIN IS TEMPORARY. MOTIVATION - CHANGE IS INEVITABLE. C Tolle Run - Episode 73 - Kettlebells. Always appreciate the stranger who is there for you. Never, ever give up: Arthur's inspirational transformation.