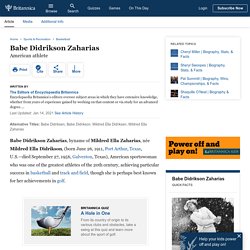 —died September 27, 1956, Galveston, Texas), American sportswoman who was one of the greatest athletes of the 20th century, achieving particular success in basketball and track and field, though she is perhaps best known for her achievements in golf. Britannica Quiz A Hole in One From its country of origin to its various clubs and obstacles, take a swing at this quiz and learn more about the sport of golf. Although Didrikson claimed to have been born in 1914, various sources indicate the correct year was 1911. At the 1932 Olympic Games in Los Angeles Didrikson won the 80-metre hurdles and the javelin throw but was deprived of a third gold medal in the high jump because she had used the unorthodox Western roll to achieve the highest jump; she was awarded the silver medal instead. Billie Jean King.

Retired American professional tennis player Early life[edit] Billie Jean Moffitt was born in Long Beach, California, into a conservative Methodist family, the daughter of Betty (née Jerman), a housewife, and Bill Moffitt, a firefighter.[7][8] Her family was athletic; her mother excelled at swimming, and her father played basketball and baseball, and ran track.[9] Her younger brother, Randy Moffitt, became a Major League Baseball pitcher, pitching for 12 years in the major leagues for the San Francisco Giants, Houston Astros, and Toronto Blue Jays.[10][11] She also excelled at baseball and softball as a child, playing shortstop at 10 years old on a team with girls 4–5 years older than her.[9] The team went on to win the Long Beach softball championship.[9] King's family in Long Beach attended the Church of the Brethren, where the minister was former athlete and two-time Olympic pole-vaulting champion Bob Richards. 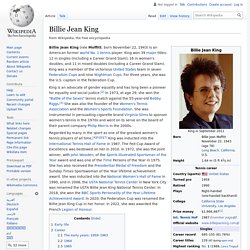 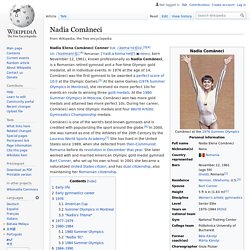 Steffi Graf. German tennis player Stefanie Maria "Steffi" Graf (German pronunciation: [ˈʃtɛfiː ˈɡʁaːf], Graf was ranked world No. 1 by the Women's Tennis Association (WTA) for a record 377 total weeks—the longest period for which any player, male or female, has held the number-one ranking since the WTA and the Association of Tennis Professionals began issuing rankings.[8] She won 107 singles titles, which ranks her third on the WTA's all-time list after Martina Navratilova (167 titles) and Chris Evert (157 titles). 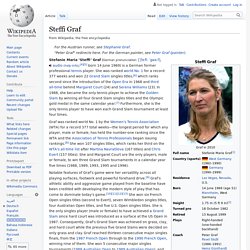 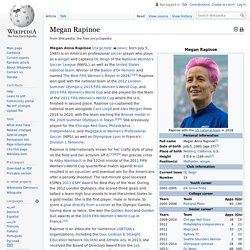 In 2013, she was awarded the board of directors Award by the Los Angeles Gay and Lesbian Center. Biography & Facts. Marta, byname of Marta Vieira da Silva, (born February 19, 1986, Dois Riachos, Brazil), Brazilian athlete who is widely considered the greatest female football (soccer) player of all time. 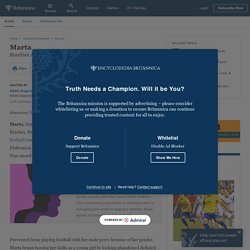 Marta was a six-time winner of the Fédération Internationale de Football Association (FIFA) World Player of the Year award (2006–10 and 2018). Prevented from playing football with her male peers because of her gender, Marta began honing her skills as a young girl by kicking abandoned deflated footballs and improvised balls made up of wadded grocery bags through the streets of her small town. Serena Williams. American tennis player Williams has won 14 Grand Slam doubles titles, all with her sister Venus, and the pair are unbeaten in Grand Slam doubles finals.[4] As a team, she and Venus have the third most women's doubles Grand Slam titles, behind the 18 titles of Natasha Zvereva (14 with Gigi Fernández) and the record 20 titles won by Martina Navratilova and Pam Shriver. 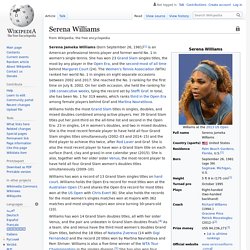 Williams is also a five-time winner of the WTA Tour Championships in the singles division.[5] She has also won four Olympic gold medals, one in women's singles and three in women's doubles—an all-time record shared with her sister, Venus.[6] The arrival of the Williams sisters has been credited with ushering in a new era of power and athleticism on the women's professional tennis tour.[7][8][9][10] She is ranked at No. 7 in the world by the WTA as of February 22, 2021.[11]

Wilma Rudolph. African American athlete Due to the worldwide television coverage of the 1960 Summer Olympics, Rudolph became an international star along with other Olympic athletes such as Cassius Clay (later known as Muhammad Ali), Oscar Robertson, and Rafer Johnson who competed in Italy. 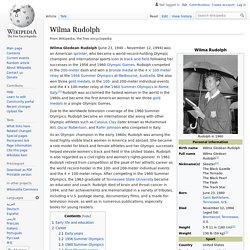 As an Olympic champion in the early 1960s, Rudolph was among the most highly visible black women in America and abroad. She became a role model for black and female athletes and her Olympic successes helped elevate women's track and field in the United States. Rudolph is also regarded as a civil rights and women's rights pioneer. 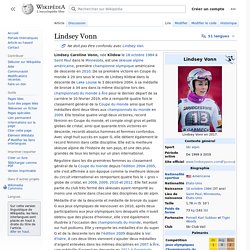 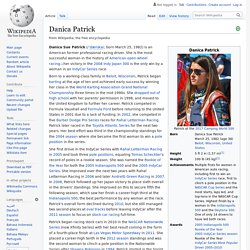 She is the most successful woman in the history of American open-wheel racing—her victory in the 2008 Indy Japan 300 is the only win by a woman in an IndyCar Series race. Missy Franklin Johnson. American-Canadian swimmer, Olympic gold medalist (born 1995) Melissa Jeanette Franklin Johnson (born May 10, 1995) is an American former competition swimmer and five-time Olympic gold medalist.

She formerly held the world record in the 200-meter backstroke (long course).[2][3] As a member of the U.S. national swim team, she also held the world records in the 4×100-meter medley relay (short course and long course).[4] Franklin holds dual American and Canadian citizenship, and chose to compete for the U.S. national swim team. Larisa Latynina. Soviet gymnast Larisa Semyonovna Latynina (Russian: Лари́са Семёновна Латы́нина; née Diriy; born 27 December 1934) is a former Soviet artistic gymnast. Between 1956 and 1964 she won 14 individual Olympic medals and four team medals. She holds the record for the most Olympic gold medals by a gymnast, male or female, with 9. Her total of 18 Olympic medals was a record for 48 years. She held the record for individual event medals with 14 for 52 years. Early life[edit] Lexi Thompson. American professional golfer Alexis Noel "Lexi" Thompson (born February 10, 1995) is an American professional golfer who plays on the LPGA Tour. At age 12, she was the youngest golfer ever to qualify to play in the U.S.