Sing and practise your English !

Jennifer Lopez - Ain't Your Mama. Amy Winehouse - Back To Black. Beyonce - If I Were A Boy lyrics on screen HD. YMCA. Sting - Englishman In New York. 1. Englishman in New York - EnglischDidakt. Sting and Quentin Crisp Introduction The song 'Englishman in New York' is a very appropriate possibility to get in touch with a city like New York first. 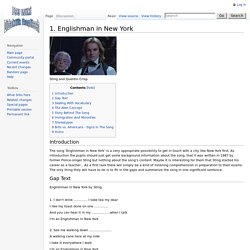 As introduction the pupils should just get some background information about the song, that it was written in 1987 by former Police-singer Sting but nothing about the song's content. Songs an Englishman in NYC. YMCA by The Village People. What is the correct order of the following lines? 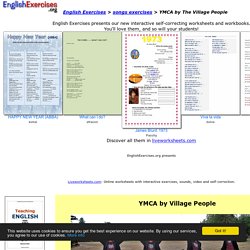 But you got to know this one thing! I said, young man, put your pride on the shelf, No man does it all by himself. And just go there, to the YMCA. I said, young man, you can make real your dreams. Song Worksheet: YMCA by Village People. Y.M.C.A. (song) - Wikipedia. The song became a Number 1 hit throughout the world (although not in the United States where it was kept out of the top spot by Rod Stewart's "Do Ya Think I'm Sexy? 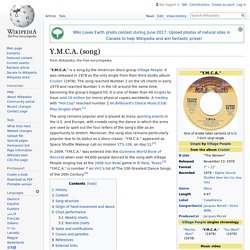