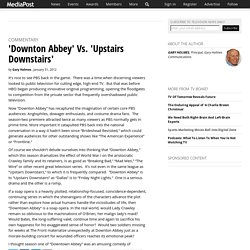 There was a time when discerning viewers looked to public television for cutting edge, high-end TV. But that was before HBO began producing innovative original programming, opening the floodgates to competition from the private sector that frequently overshadowed public television. Untitled. Troubling.info. Eight rules for writing fiction: 1. 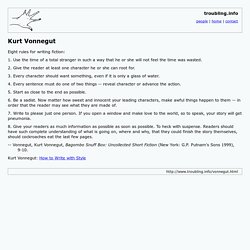 Use the time of a total stranger in such a way that he or she will not feel the time was wasted. 2. TV Writing - Pilot Scripts. 50 Of The Best TV Scripts Online To Download In Every Genre. 50 of the best TV scripts to download and study to improve your writing. 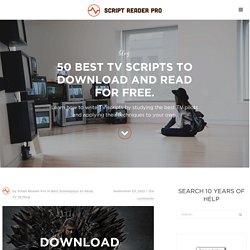 Just like in our post on the best screenplays to read, we’ve broken down our list of the best TV scripts into the following categories: • Drama • Comedy • Action/Adventure • Thriller • Horror If you want to learn how to write for TV, reading these TV pilot scripts is one of the best ways to help boost your writing ability. Most importantly, study these TV scripts in order to discover how to create a sense of intrigue that will make a reader want to know what happens in the next episode. The list contains examples of single-camera, multi-camera, half-hour, one-hour, network and cable pilots and TV specs, so pretty much every formatting option is also covered. Character Types.

14 Tips for Building Character - Nieman Storyboard. This essay is adapted from Rick Meyer’s notes for a talk at the 2005 Nieman Narrative Editors’ Seminar. 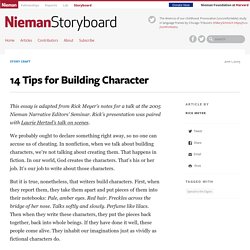 Rick’s presentation was paired with Laurie Hertzel’s talk on scenes. We probably ought to declare something right away, so no one can accuse us of cheating. In nonfiction, when we talk about building characters, we’re not talking about creating them. That happens in fiction. In our world, God creates the characters. But it is true, nonetheless, that writers build characters. Maybe more so, because when we read about them we know they’re real. What happens to the main characters in the stories we edit is called the plot or the story line or the arc of the narrative. Breaking Down Seinfeld: 5 things we learned from analyzing every script. Breaking Bad — Crafting a TV Pilot. Top writers choose their perfect crime.

On Beulah Height by Reginald HillVal McDermid This is the perfect crime novel. 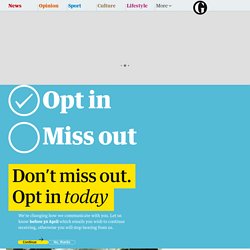 It’s beautifully written – elegiac, emotionally intelligent, evocative of the landscape and history that holds its characters in thrall – and its clever plotting delivers a genuine shock. There’s intellectual satisfaction in working out a plot involving disappearing children, whose counterpoint is Mahler’s Kindertotenlieder. There’s darkness and light, fear and relief.

And then there’s the cross-grained pairing of Dalziel and Pascoe. Although Hill’s roots were firmly in the traditional English detective novel, he brought to it an ambivalence and ambiguity that allowed him to display the complexities of contemporary life. Tweetstorm: Monica Beletsky on Writing a One-Hour TV Drama Script. Script Analysis: “Get Out” — Part 1: Scene By Scene Breakdown. Scott Myers. 'Would you be willing?': words to turn a conversation around (and those to avoid) It’s not what you say, it’s how you say it – isn’t it? 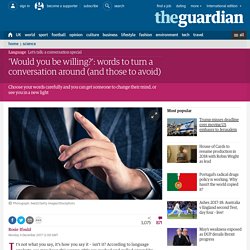 According to language analysts, we may have this wrong. ‘‘We are pushed and pulled around by language far more than we realise,” says Elizabeth Stokoe, professor of social interaction at Loughborough University. Stokoe and her colleagues have analysed thousands of hours of recorded conversations, from customer services to mediation hotlines and police crisis negotiation. They discovered that certain words or phrases have the power to change the course of a conversation.

Some of these words are surprising, and go against what we’ve been taught to believe. Do use: willing One of the first words Stokoe came across that seemed to have a magical effect on people was “willing”. Turned down 18 times. Then Paul Beatty won the Booker … Paul Beatty may be the first American to win the Man Booker prize, after a rule change three years ago that made authors of any nationality eligible for the £50,000 award, so long as they were writing in English and published in the UK. 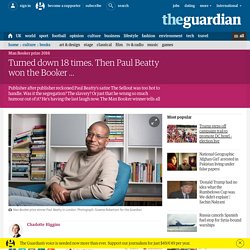 But he very nearly wasn’t published in Britain at all. Beatty calls his fourth novel “a hard sell” for UK publishers. His rumbustious, lyrically poetic novel was turned down, his agent confirms, by no fewer than 18 publishers. And then, finally, a small independent called Oneworld – founded by a husband-and-wife team in 1986 – took it up. The company is celebrating the unusual achievement of a second consecutive Man Booker win, because it also published Marlon James’s A History of Seven Killings. George Saunders: what writers really do when they write. Many years ago, during a visit to Washington DC, my wife’s cousin pointed out to us a crypt on a hill and mentioned that, in 1862, while Abraham Lincoln was president, his beloved son, Willie, died, and was temporarily interred in that crypt, and that the grief-stricken Lincoln had, according to the newspapers of the day, entered the crypt “on several occasions” to hold the boy’s body. 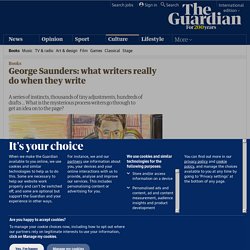 An image spontaneously leapt into my mind – a melding of the Lincoln Memorial and the Pietà. I carried that image around for the next 20-odd years, too scared to try something that seemed so profound, and then finally, in 2012, noticing that I wasn’t getting any younger, not wanting to be the guy whose own gravestone would read “Afraid to Embark on Scary Artistic Project He Desperately Longed to Attempt”, decided to take a run at it, in exploratory fashion, no commitments. We often discuss art this way: the artist had something he “wanted to express”, and then he just, you know … expressed it. MacBook Air Overheating? 5 Things You Can Do. You might think your MacBook is overheating if it sounds like a hairdryer and feels like a grill. 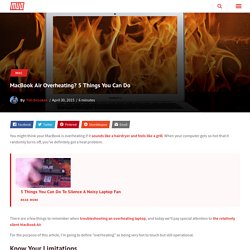 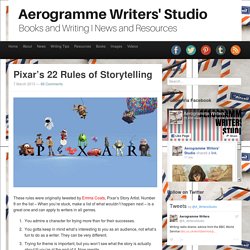 Falling short: seven writers reflect on failure. • Diana Athill: 'It is possible to make use of failure, and forget it'• Margaret Atwood: 'Get back on the horse that threw you'• Julian Barnes: 'Success to one person can be failure to another'• Ann Enright: 'Failure is what writers do. Punctuation Rules.

Twenty Rules for Writing Detective Stories By S.S. Van Dine. EDITOR'S NOTE S.S. Van Dine (1888-1939, real name Willard Huntington Wright) was one of the most popular American mystery writers of the twenties and thirties, and his wealthy amateur sleuth Philo Vance remains one of the great fictional detectives, if not also one of the most insufferable.