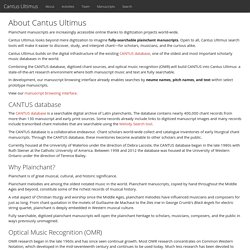 Cantus Ultimus looks beyond mere digitization to imagine fully-searchable plainchant manuscripts. Open to all, Cantus Ultimus search tools will make it easier to discover, study, and interpret chant—for scholars, musicians, and the curious alike. Cantus Ultimus builds on the digital infrastructure of the existing CANTUS database, one of the oldest and most important scholarly music databases in the world. GLOBAL CHANT DATABASE - Index of Gregorian Chant - Homepage. The Waits Website - Secular Musicians in Late Medieval England.

Music. Music Music is enough for a lifetime, but a lifetime is not enough for music — Sergei Rachmaninov The music collections at Cambridge University Library play an important role in the preservation of musical heritage, both on a national and international level. 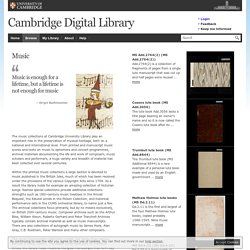 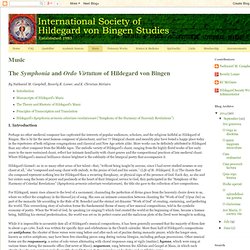 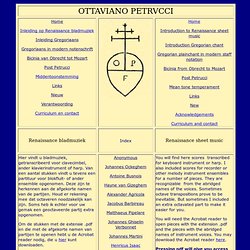 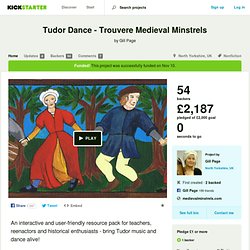 Lots of schools want to include Tudor dance - as it's great exercise as well as feeding into the historical experience! However, there's not a lot of help for teachers, who are likely to be starting completely from scratch and possibly feeling rather at sea. Trouvère have years of experience providing Tudor workshops for schools and other groups within the UK and it's that experience that we've used in putting together this unique resource. Here you will be able to find all you need to recreate the dance of the sixteenth century. And you don't have to be an experienced dancer or historian - we provide all you need to understand the dances and the period. Tudor Dance will be a double-CD resource pack.

Atrium Maucamedi: a website for Medieval Music. The Plainsong and Medieval Music Society. Robin Snyder's Music Homepage. I am an early music vocalist by night and a physicist-turned-theoretical-ecologist by day (and let's face it, many nights as well). 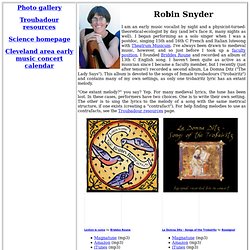 I began performing as a solo singer when I was a postdoc, singing 15th and 16th C French and Italian lutesong with Theatrum Musicum. I've always been drawn to medieval music, however, and so just before I took up a faculty position, I founded Briddes Roune and recorded an album of 13th C English song. I haven't been quite as active as a musician since I became a faculty member, but I recently (just after tenure!) Recorded a second album, La Domna Ditz ("The Lady Says"). This album is devoted to the songs of female troubadours ("trobairitz") and contains many of my own settings, as only one trobairitz lyric has an extant melody.

"One extant melody? " Commercial uses: If you'd like to use any of this music in a commercial product, contact Magnatune about licensing. Non-commercial uses: Both albums were released under Creative Commons licensing. Musica Antiqua - UK Early Music Magazine - Current issue. Basso Continuo Sources. Klankbordsite. MusiXTeX. MusiXTeX Library [ to Japanese page ] This is the library of MusiXTeX, a set of TeX mactos to typeset orchestral or polyphonic music. 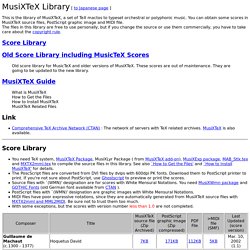 You can obtain some scores in MusiXTeX source files, PostScript graphic image and MIDI file. The files in this library are free to use personally, but if you change the source or use them commercially, you have to take care about the copyright rule. The Loire Chansonniers : indexes for Laborde, Mellon, Copenhagen and Wolfenbuttel. Four of the Loire Valley Chansonniers are available on the web in facsimile editions. 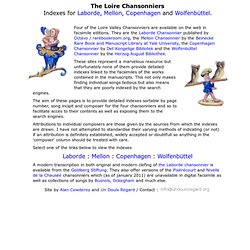 They are the Laborde Chansonnier published by Octavo / rarebookroom.org, the Mellon Chansonnier by the Beinecke Rare Book and Manuscript Library at Yale University, the Copenhagen Chansonnier by Det Kongelige Bibliotek and the Wolfenbüttel Chansonnier by the Herzog August Bibliothek. These sites represent a marvelous resource but unfortunately none of them provide detailed indexes linked to the facsimiles of the works contained in the manuscripts. This not only makes finding individual songs tedious but also means that they are poorly indexed by the search engines. The aim of these pages is to provide detailed indexes sortable by page number, song incipit and composer for the four chansonniers and so to facilitate acces to their contents as well as exposing them to the search engines. Attributions to individual composers are those given by the sources from which the indexes are drawn. 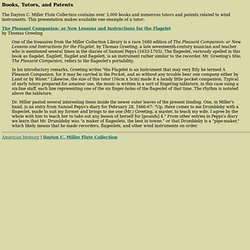 Miller Flute Collection contains over 3,000 books and numerous tutors and patents related to wind instruments. Dance. The NEUMES Project. La Trobe University - Library: Medieval Music Database - Annual cycle of feasts of liturgical chant, liturgical polyphony and secular music of the late middle ages. Browse by Text This revision of the Medieval Music Database, first mounted on the Internet in 1994 and expanded in 1996 has now further expanded the range of works which can be browsed from 7,800 to 70,000. 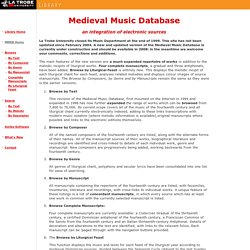 Its current scope covers all of the music of the fourteenth century and all liturgical chant currently electronically indexed, adding to these links transcriptions with modern music notation (where melodic information is available),original manuscripts where possible and links to the electronic editions themselves. Browse by Composer All of the named composers of the fourteenth century are listed, along with the alternate forms of their names.