Headquarter building for the Science Park of the University of the Basque Country / ACXT. 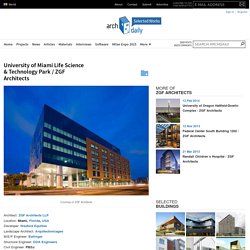 Moreover, the project, as a vital hub for technology and business development, builds on the City’s role as a portal to foreign companies seeking a foothold in the United States (U.S.) and U.S. firms pursuing an overseas presence. The UMLSTP master plan calls for up to 2.0 million square feet of laboratory, office, and retail space in five research and development buildings. 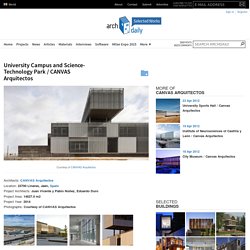 Redefining an important center of a city like Linares from a new university model that links companies to education is a unique challenge. The new university district has a unique opportunity to define an urban structure that reinforces the urban identity and simultaneously creates a relationship structure that integrates the university program with that of industrial research. The project is on a plot on a hillside next to the southern city ring. 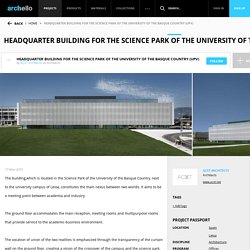 It aims to be a meeting point between academia and industry. The ground floor accommodates the main reception, meeting rooms and multipurpose rooms that provide service to the academic-business environment. Niels Bohr Science Park for University of Copenhagen / Christensen & Co + Vilhelm Lauritzen Architects. Placing ahead of four other proposals, Christensen & Co + Vilhelm Lauritzen Architects were awarded first prize for their design of the Niels Bohr Science Park for the University of Copenhagen. 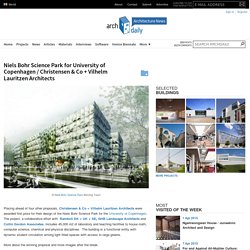 The project, a collaborative effort with Ramboll DK + UK + SE, GHB Landscape Architects and Collin Gordon Associates, includes 45,000 m2 of laboratory and teaching facilities to house math, computer science, chemical and physical disciplines. The building is a functional entity with dynamic student circulation among light filled spaces with access to large greens. More about the winning proposal and more images after the break. Science and Technology Park / idcode. Designed by idcode, the Science and Technology Park, located in Opole, Poland, is a combination of the horizontal character of the building with the existing landscape of suburban fields. 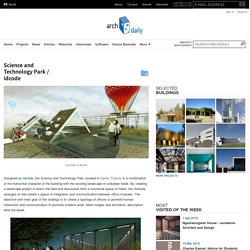 By creating a landscape project in which the field and discussion form a functional space of fields, the modules arranged on site create a space of integration and communication between office modules. The objective and main goal of the strategy is to create a typology of offices to promote human interaction and communication to promote creative work. More images and architects’ description after the break. The competition site is located on the periphery of the city, where the city meets the country side of fields and loosely scattered single-family housing. 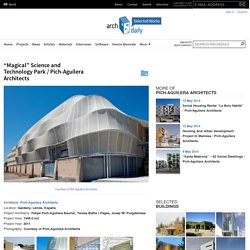 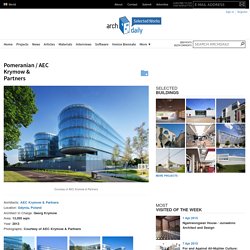 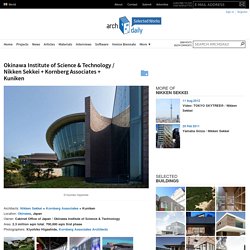 The number two-rated economy in the world was barely in the top ten in Science and Technology. Minister Omi sought to create a western-style university in Japan that would train young Japanese researchers and disseminate new research and teaching methods throughout the country. A half dozen Nobel Laureates and other scientific luminaries were chosen to serve on OIST’s governing board, and in 2005 Dr. Entry to the campus begins at a pedestrian bridge spanning a reclaimed lake. Metalsa / Brooks + Scarpa Architects. Architects: Brooks + Scarpa Architects Location: Monterrey IT Cluster, Parque de Investigación e Innovación Tecnológica, Nuevo Leon, Mexico Area: 55000.0 ft2 Year: 2013 Photographs: Courtesy of Brooks + Scarpa Architects From the architect. 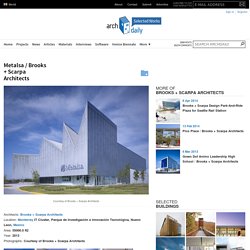 Located in Mexico’s Research Park for Technical Innovation (PIIT), a science and technology park, which is a partnership between government, universities and the private sector to seek economic growth through technical innovation. The 1000 hectare campus is host to more than 50 research centers devoted to R&D as well as the development of technology innovation in nanotechnology, biotechnology, mechatronics and advanced manufacturing, information technology, clean energy and advanced materials development. Industrial buildings of this type are rarely a model for workplace innovation. They are typically a direct, and often nefarious programmatic response to the function inside with little consideration for the occupants needs. 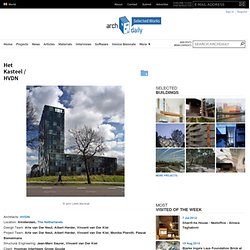 Until recently, the site was occupied by allotments alongside research institutes and science and technology companies. The allotments are to be replaced by five new residential buildings situated in a park-like environment of restricted traffic speeds. Car-parking is located within the buildings so the area’s appearance is not defined by on-street parking.