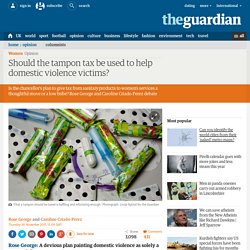 The means for women who are being brutalised, raped, assaulted by men (in 2011-2012, according to the CPS, 94% of defendants in violence against women cases were men) to be protected, by a small piece of cotton that I stick up my vagina to deal with an unavoidable biological event. That a tampon should be taxed is baffling and infuriating enough. But that George Osborne has chosen to divert the £15m raised by the “tampon tax” (actually VAT on what is ridiculously called “feminine hygiene”) towards funding women’s shelters and refuges is even more so. Why only 14% of top execs are women - Mar. 24, 2015. Only 14.2% of the top five leadership positions at the companies in the S&P 500 are held by women, according to a CNNMoney analysis. 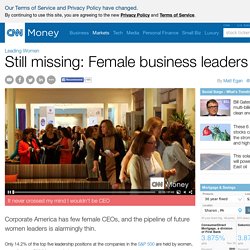 It's even worse if you just consider the very top. Watch: Caitlyn Jenner’s inspiring speech on acceptance. Caitlyn Jenner delivered an inspiring and emotional speech at last nights ESPY awards. 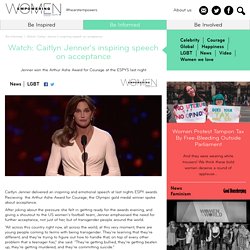 Recieving the Arthur Ashe Award for Courage, the Olympic gold medal winner spoke about acceptance. After joking about the pressure she felt in getting ready for the awards evening, and giving a shoutout to the US women’s football team, Jenner emphasised the need for further acceptance, not just of her, but of transgender people around the world. “All across this country right now, all across the world, at this very moment, there are young people coming to terms with being transgender. They’re learning that they’re different, and they’re trying to figure out how to handle that, on top of every other problem that a teenager has,” she said. Gender pay gap: women effectively working for free until end of year. Britain’s gender pay gap will leave women effectively working for free from 9 November until the end of the year, according to equality campaigners. 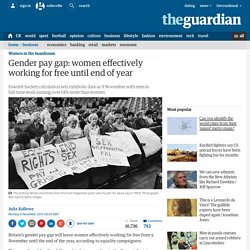 This year, Equal Pay Day falls on this date, according to the Fawcett Society, which uses official statistics on hourly pay for full-time workers. With the gender pay gap at 14.2%, it falls just five days later than last year, and only two days later than in 2013. The fact that it repeatedly falls in early November reflects how little progress has been made in closing the gap in salaries for men and women. The figure of 14.2% reflects the pay gap for men and women working full time, according to data from the Office for National Statistics.

The figures are for 2014 – the latest available data – and are measured by average gross hourly pay. Contemporary artists come to terms with female power, and oppression, in the ... Two years in the making, 29 rooms, 400 works, 139 artists, one century of contemporary history, one half of the human race. 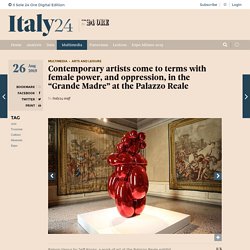 Milan’s Palazzo Reale has pulled out all the stops with “La Grande Madre,” an ambitious exhibition tracking the evolution of how artists have depicted womanhood in 20th century. The exhibition is both a social history of female oppression and liberation as well as a collection of contemporary artworks about and by women, mixing photography and video as well as more traditional media. Charlize Theron and Rooney Mara take centre stage as strong female leads domi... This has been the year of the strong female lead, according to a poll of leading international film critics. 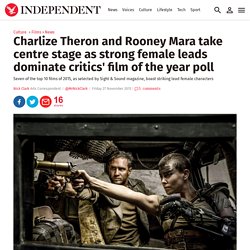 The strong showing for female-led films comes at a time of renewed focus on gender equality in Hollywood. Women Fashion Power - Design Museum. Moving mind-sets on gender diversity: McKinsey Global Survey results. Female executives are ambitious and sure of their own abilities to become top managers, though they are much less confident that their companies’ cultures can support their rise. 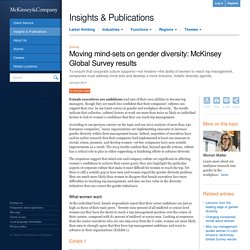 In our latest survey on gender and workplace diversity, the results indicate that collective, cultural factors at work are more than twice as likely as individual factors to link to women’s confidence that they can reach top management. According to our previous surveys on the topic and our 2012 analysis of more than 230 European companies, many organizations are implementing measures to increase gender diversity within their management teams. How role models will improve gender diversity in entrepreneurship. 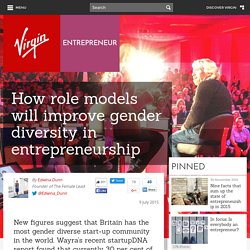 With effective communication and better understanding of team members and customers, women should know that their empathetic and collaborative nature brings real business success. While these are still lessons being learned by our society, sponsorship from the top will help lift women to their deserved positions.