Professor Kim Renee Dunbar was born in Mount Pleasant, Pennsylvania to Frank and Bernice Dunbar and grew with her three sisters Bonnie, Laura and Colleen. She attended Sewickley High School before receiving a B.S. degree in Chemistry with a minor in Mathematics. She went on to receive a Ph.D. in Inorganic Chemistry at Purdue University under the direction of Richard A. Walton. She went on to do a postdoctoral stint at Texas A&M University with the late, renowned chemist F.A. Cotton before accepting a position as an Assistant Professor at Michigan State University in East Lansing, MI where she quickly rose through the ranks to Distinguished Professor. She is a currently a University Distinguished Professor and the Davidson Professor of Science in the Chemistry Department at Texas A&M University. Dr. Dunbar has been recognized with numerous awards for teaching and research over the years. At Michigan State University (MSU) she won the leading Teaching Award (1990) for freshman chemistry and received a Camille and Henry Dreyfus Teacher-Scholar Award (1991-1995), an Alfred P. Sloan Fellowship (1992-1995), a Sigma Xi Research Award (1998), a Distinguished Faculty Award from MSU (1998). She was the recipient of a Distinguished Alumni Award from Westminster College (2000), and a Purdue University Distinguished Alumna Award (2004). She received two National Science Foundation Creativity Extension Awards (1995; 2002) and is a Fellow of American Association for the Advancement of Science, (2004), the American Chemical Society (2011) and the Royal Society of Chemistry (2017). While on faculty development leave in 2011, she was named a Wilsmore Fellow and Visiting Professor, University of Melbourne, Australia and a Visiting Professor at the Institut Le Bel, Iniversité de Strasbourg, France. In 2012 she received an Honorary Degree from her alma mater Westminster College and delivered the commencement address in the May 2012 graduation ceremonies. She received the top Award for Research in the field of Inorganic Chemistry, The Distinguished Service Award for the Advancement of Inorganic Chemistry in 2015 which was presented to her in Boulder, Colorado. She is only the second woman to receive this high honor. In 2018 the Chicago Section of the American Chemical Society and Northwestern University announced that Kim Dunbar will receive the Fred Basolo Medal For Outstanding Research in Inorganic Chemistry. The Medal will be given at a seminar an ceremony to be held in Evanston, Il in October 2019. Professor Dunbar has been featured along with other prominent women scientists including Marie Curie in an Editorial in Angewandte Chemie on Women in Chemistry (2011). At Texas A&M University she is the first woman in the College of Science to be named a Chaired Professor. Dunbar's research in synthetic and structural inorganic chemistry is focused on the use of coordination chemistry to establish structure/bonding/properties relationships in molecular materials and in metal-based drugs. She is the author of over 360 publications (18 reviews or book chapters) with an h-index of 67. Her experimental and theoretical work to understand physical and chemical phenomena have redirected and focused the work of other researchers in her field. She served as an Associate Editor for the leading journal in her field, Inorganic Chemistry for 12 years. 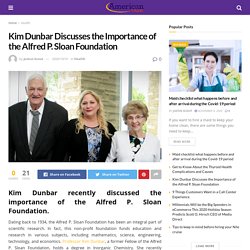 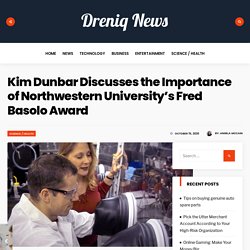 He began his time at the prestigious university in 1946 and advanced the school’s chemistry program to rank amongst the country’s best. The Northwestern University Department of Chemistry remains at the top, and the Fred Basolo Award is now presented annually to scientists who have made major contributions to the field. Chemistry professor and Ph.D Kim Dunbar recently discussed the importance of the award and its meaning. Yahoo fait désormais partie de Verizon Media. Yahoo fait partie de Verizon Media. 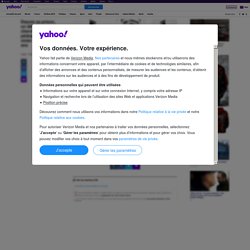 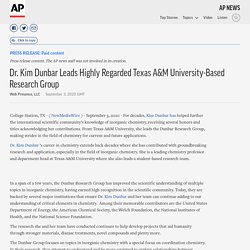 From Texas A&M University, she leads the Dunbar Research Group, making strides in the field of chemistry for current and future applications. Dr. Kim Dunbar’s Research In Metal Anti-Cancer Agents – Health Blog. KimDunbar and her research team perform groundbreaking research in many areas, including spintronics and coordination chemistry. 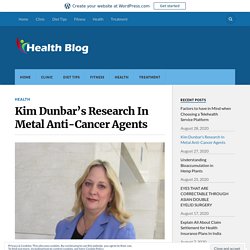 This research is leading to technological and medical advancements. Currently, she is performing research on metal anti-cancer agents, which could lead to more effective chemotherapy treatments. Metals in Cancer Treatment The first major discovery in treating cancer with metals came in 1960, with the discovery of Cisplatin. Metals kill cancer cells by creating oxidative stress, which the cancer cells can’t survive. Inorganic Chemist Kim Dunbar’s Remarkable Achievements of the Previous Decades. Aug 17, 2020 5:04 PM ET iCrowd Newswire - Aug 17, 2020 Kim Dunbar is an experienced inorganic chemist who has received numerous recognitions and awards throughout her career. 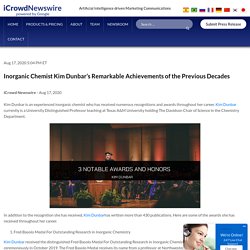 Kim Dunbar currently is a University Distinguished Professor teaching at Texas A&M University holding The Davidson Chair of Science in the Chemistry Department. In addition to the recognition she has received, Kim Dunbar has written more than 430 publications. Here are some of the awards she has received throughout her career. Kim Renee Dunbar Shares Research on Coordination Chemistry. Aug 3, 2020 2:39 PM ET iCrowd Newswire - Aug 3, 2020 NEW YORK, NY / ICROWDNEWSWIRE / August 3, 2020 / Kim Renee Dunbar has had an impact on many industries with her research. 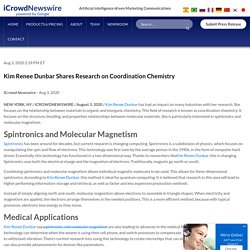 She focuses on the relationship between materials in organic and inorganic chemistry. This field of research is known as coordination chemistry. It focuses on the structure, bonding, and properties relationships between molecular materials. She is particularly interested in spintronics and molecular magnetism. TAMU's Kim Dunbar Describes How Indium Nitride Can Improve High-Frequency Electronics. Chemist Kim Dunbar of Texas A&M University describes below how new breakthroughs in indium nitride production will improve high-frequency electronics DALLAS, TX, UNITED STATES, August 21, 2020 /EINPresswire.com/ -- Contributing landmark breakthroughs to the international scientific community for years, Kim Dunbar also frequently shares the successes of her peers around the world with online readers. 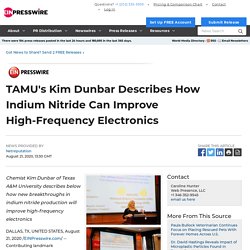 Here, she speaks on recent progress in the manufacturing of indium nitride and what that means for tomorrow’s electronics. “We place a heavy load on our current wireless data bandwidth when transferring information between our electronic devices, and we’re likely to hit a ceiling before long,” says Kim Dunbar. Chemist Kim Dunbar Explain So-Called Sandwich Compounds & Efficient Technology. Kim Dunbar reports on a recent study on sandwich compounds powered by rare earth metals and discusses how these developments can lead to improved technology in the future. 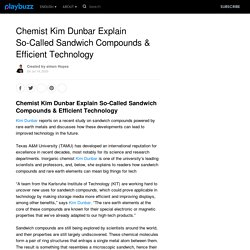 Texas A&M University (TAMU) has developed an international reputation for excellence in recent decades, most notably for its science and research departments. Inorganic chemist Kim Dunbar is one of the university’s leading scientists and professors, and, below, she explains to readers how sandwich compounds and rare earth elements can mean big things for tech “A team from the Karlsruhe Institute of Technology (KIT) are working hard to uncover new uses for sandwich compounds, which could prove applicable in technology by making storage media more efficient and improving displays, among other benefits,” says Kim Dunbar. “The rare earth elements at the core of these compounds are known for their special electronic or magnetic properties that we’ve already adapted to our high-tech products.” Kim Dunbar Explores Dynamic Career Paths for Graduates with Chemistry Degrees. Press release content. 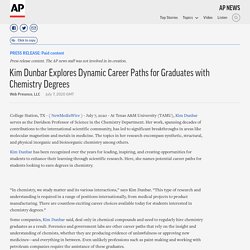 The AP news staff was not involved in its creation. Kim Dunbar Names Major Milestones of TAMU’s College of Science Research Department. Jun 7, 2020 9:03 AM ET iCrowd Newswire - Jun 7, 2020 Scientist and chemistry professor Kim Dunbar of Texas A&M University shares some of the achievements of the institution’s lauded College of Science Research Department. Kim Renee Dunbar is a major force at Texas A&M University’s (TAMU) College of Science where she and her research team have uncovered breakthroughs benefitting the international scientific community. Dunbar is a Fellow of American Association for the Advancement of Science and has won the ACS Distinguished Service Award for the Advancement of Inorganic Chemistry. Her experimental and theoretical work to understand physical and chemical phenomena have redirected and focused the work of scientists across the globe for years.

At TAMU, Kim Dunbar oversees a research group specializing in subjects like molecular magnetism and supramolecular chemistry involving anions and anion-pi interactions. Youtube Link: Contact Information: Caroline Hunter Web Presence, LLC +1 7865519491. Kim Dunbar - Professor. Professor Kim Renee Dunbar was born in Mount Pleasant, Pennsylvania to Frank and Bernice Dunbar and grew with her three sisters Bonnie, Laura and Colleen. She attended Sewickley High School before receiving a B.S. degree in Chemistry with a minor in Mathematics. She went on to receive a Ph.D. in Inorganic Chemistry at Purdue University under the direction of Richard A. Walton. She went on to do a postdoctoral stint at Texas A&M University with the late, renowned chemist F.A. Cotton before accepting a position as an Assistant Professor at Michigan State University in East Lansing, MI where she quickly rose through the ranks to Distinguished Professor.

Below, she explains how advanced nanotechnology of the future already has practical applications in modern society. “We see Hollywood use nanotechnology in superhero and science fiction movies, but many people don’t realize that it already helps us accomplish feats in various real-life fields, including medicine, computer technology, and national security,” says Kim Renee Dunbar.

The overarching theme of nanotechnology is controlling matter on a molecular level, ultimately giving scientists greater ability to manipulate and infuse matter with activity on a much smaller scale. Youtube Link: Youtube Link: Kim Renee Dunbar Describes How a Breakthrough from Newcastle and Durham Universities Can Improve Drug Development. May 28, 2020 5:52 PM ET iCrowd Newswire - May 28, 2020 In the pursuit of improved medicine, Kim Renee Dunbar explains how discoveries from Newcastle and Durham Universities will have a significant impact now and in the future. Esteemed chemist and professor Kim Renee Dunbar of TAMU regularly reports on breakthroughs in science that have major benefits for society. Here, she tells how scientists from Newcastle and Durham Universities developed a way to grow crystals of organic soluble molecules out of nanoscale droplets, and how this can mean an acceleration in drug development. “The key to the success of the scientists and researchers of the breakthrough is using inert oils to control evaporative solvent loss, which allows them to grow tiny crystals from nanoscale droplets,” says Kim Renee Dunbar.