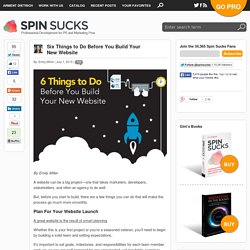 But, before you start to build, there are a few things you can do that will make the process go much more smoothly. Plan For Your Website Launch A great website is the result of smart planning. Whether this is your first project or you’re a seasoned veteran, you’ll need to begin by building a solid team and setting expectations. It’s important to set goals, milestones, and responsibilities for each team member early on, so you are well prepared for any unexpected, yet inevitable, surprises. Before you begin any development work, complete these six steps. Build a Solid Team Who is going to stand by your side during this big project?

Before you begin, you’ll need to decide who will be on your team, and get them pumped up for the work ahead. If you’re an agency, decide who on your team will be involved with the account. Determine the Project Roadmap. #KimHamlinWrites sur Twitter : "9 Secrets to Never Forget a Name Again #kimhamlincommunications... 9 Secrets to Never Forget a Name Again. If you have a hard time remembering people's names, you're not alone. 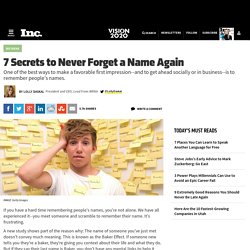 We have all experienced it--you meet someone and scramble to remember their name. It's frustrating. A new study shows part of the reason why: The name of someone you've just met doesn't convey much meaning. This is known as the Baker Effect. #KimHamlinWrites sur Twitter : "What You Can Learn From #TaylorSwift #kimhamlincommunications... What You Can Learn From the Taylor Swift-Apple Saga. While you and I were enjoying time with friends and family yesterday, a soap opera played out between superstar artist Taylor Swift and technology juggernaut Apple regarding the company's new music streaming service, Apple Music. 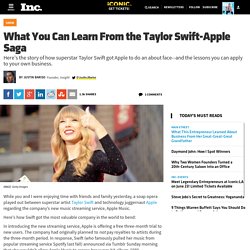 Here's how Swift got the most valuable company in the world to bend: In introducing the new streaming service, Apple is offering a free three-month trial to new users. The company had originally planned to not pay royalties to artists during the three-month period. In response, Swift (who famously pulled her music from popular streaming service Spotify last fall) announced via Tumblr Sunday morning that she wouldn't allow Apple Music to access her super-hit album 1989. In an open letter entitled "To Apple, Love Taylor," the singer criticized the company for its refusal to compensate artists, writers, and producers. Army combat veteran's call for help lands him in jail - Army. TARBORO, N.C. 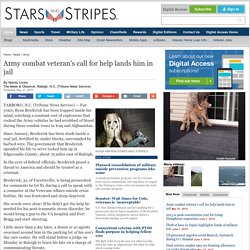 (Tribune News Service) — For years, Ryan Broderick has been trapped inside his mind, watching a constant reel of explosions that rocked the Army vehicles he had scrubbed of blood during three combat tours in Iraq and Afghanistan. Since January, Broderick has been stuck inside a real jail, fortified by cinder blocks, surrounded by barbed wire. The government that Broderick upended his life to serve locked him up in Edgecombe County, about 75 miles east of Raleigh. In the eyes of federal officials, Broderick posed a threat to America and should be treated as a criminal. Broderick, 31, of Fayetteville, is being prosecuted for comments he let fly during a call to speak with a counselor at the Veterans Affairs suicide crisis hotline. 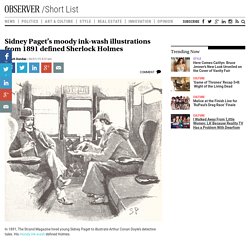 His Sherlock Holmes thrived for years. This post is from Observer Short List—an email of three favorite things from people you want to know. Paper Magazine. Beyonce iPad Finger Painting by Kyle Lambert HD. Jbre sur Twitter : "We dropped a new song, you should listen to it. How to Overcome Fear. Dubai Flow Motion. Bestyearever. 50 Shades of Dark Social - Exploring the Dark Side of Digital Media. #KimHamlinWrites sur Twitter : "#kimhamlinlikes the #LEAP series via @TwitterSmallBiz... Introducing the LEAP series. Writing for Kids (While Raising Them) As a children's book author and mother of two, I'm pushing a stroller along the path to publication. 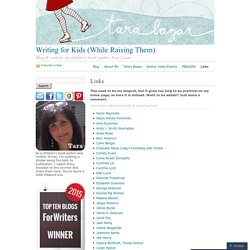 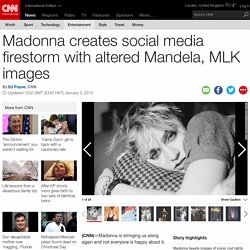 " In the cover art, Madonna's head is wrapped in black cord. No one said much when her Facebook, Twitter and Instagram accounts pushed out altered visages of Jesus, Marilyn Monroe, the Grinch, Homer Simpson and the like. But things got a bit chippy when Martin Luther King Jr., Nelson Mandela and Bob Marley showed up on Friday, like Madonna, all wrapped in black cord. Social media lit up, many questioning her use of the civil rights icons to promote her album.

"Is this some kind of a joke ??? " "What ever the intended meaning is... Not all the comments were negative, but enough were that by late Friday Madonna had issued a rambling apology on her official Facebook page laced with grammatical errors and misspellings. "I'm sorry. Lexington, KY local and state news by the Lexington Herald-Leader. Nico & Vinz - Am I Wrong.

Reading room. Seth the sage. The Peaceful Religion. Pics. Marketing. Becoming... not the destination...is an art.