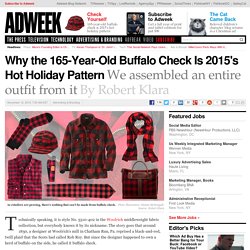 The story goes that around 1850, a designer at Woolrich's mill in Chatham Run, Pa. reprised a black-and-red, twill plaid that the Scots had called Rob Roy. But since the designer happened to own a herd of buffalo on the side, he called it buffalo check. Fashion trends come and go, but 165 years on, buffalo check is arguably more popular than ever. Are you getting a lot of holiday catalogs around now? Well, open them—chances are you'll see something that comes in buffalo check.

The Small Town That Perfectly Illustrates America's Digital Divide. Imagine you're the kind of person who drives out to see submarine-cable landing sites for fun. 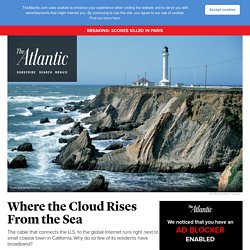 This should not require too much imagination. We're talking about places in the world where the Internet rises out of the ocean. Of course you're the kind of person who wants to see that. Now imagine you're in San Francisco. You have two options for landing sites to visit for a day trip. I first learned about the Manchester cable in an excerpt from the cable station's internal company newsletter in a hacker magazine from 1995 found in the Prelinger Library in San Francisco.

Here is what happens when you go to see this submarine-cable landing site: very little. When AT&T first built the the Manchester Cable Station in 1956, it was referred to as the Point Arena Cable Station. Point Arena has a population of less than 600 people and a Main Street that is, in fact, the main street in town. Historically, Point Arena's economy has primarily relied on fishing, logging, and agriculture. 1800Flowers coupon 30% 25% 15% off - coupons promo codes free shipping online. 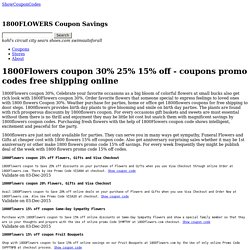 1800flowers coupon 30% off Get Well Occasions. Nobody's talking about Apple's biggest developer news: Bitcode. Apple’s Worldwide Developer Conference was so jam-packed with interesting news that many developers have missed one of the biggest changes the company unveiled: Bitcode. 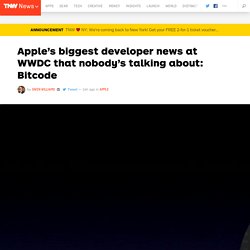 Missing the news could be excused, because Apple didn’t really talk about it much at all. The documentation on the developer center doesn’t provide much information and even the sessions themselves didn’t contain all that much information. The most information we got on Bitcode was during Apple’s ‘platform state of the union’ session at WWDC. Andreas Wendker, VP of OS X platform experience, said that Bitcode “allows the App Store to re-optimize apps for each kind of device before they’re delivered to the user.” This means that apps can automatically “take advantage of new processor capabilities we might be adding in the future, without you re-submitting to the store.” Apps are now converted to Bitcode upon submission to the App Store What does that actually mean in practice? 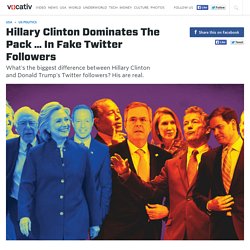 Clinton has more fake followers and a higher ratio of bogus Twitter fans than any of the other main 2016 presidential contenders, a Vocativ analysis shows. On the other end of the scale, the candidates with the lowest percentage of fake Twitter followers are Donald Trump and Bernie Sanders. Contrary to what one might guess from his reputation for extravagant self-promotion, Trump’s 2.6 million Twitter followers are 90 percent real people. Only 311,388 were deemed fake by the analysis using the tool TwitterAudit. Bernie Sanders was tied for the highest ratio of authentic followers—90 percent of his 300,000-plus followers are real people.