I am the owner of Killer Bee Hobby, an online retail and education website dedicated to the pursuit of knowledge, the sharing of insightful information, the fostering of social interaction, and the celebration of captivating products. Enthralled by amazing mediums of movement--trains, cars, planes, boats, spaceships, and more--we endeavor to provide all the best products currently available in our market, and also strive to create and deliver interesting content related to those products. This Pearltrees collection helps us sort through the amazing information available online, and is a wonderful springboard to learning, discovery, and enlightenment. 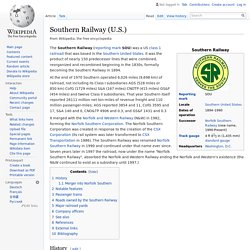 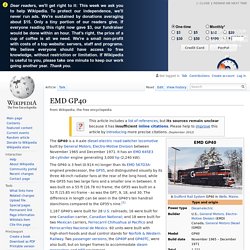 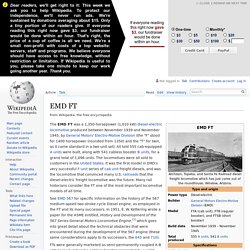 All told 555 cab-equipped A units were built, along with 541 cabless booster B units, for a grand total of 1,096 units. The locomotives were all sold to customers in the United States. It was the first model in EMD's very successful F-unit series of cab unit freight diesels, and was the locomotive that convinced many U.S. railroads that the diesel-electric freight locomotive was the future.

Many rail historians consider the FT one of the most important locomotive models of all time. See EMD 567 for specific information on the history of the 567 medium-speed two-stroke cycle Diesel engine, as employed in the FT and its many successors. EMD GP40-based passenger locomotives. GP40TC[edit] The GMD GP40TC was built by General Motors Diesel (GMD), for GO Transit in Toronto, Ontario (The 'TC' stood for 'Toronto Commuter'). 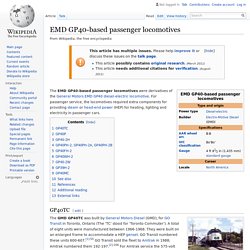 A total of eight units were manufactured between 1966-1968. Scale Train Drawings. Welcome to the Trainiax drawings page! 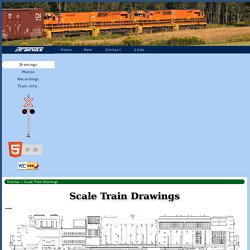 This is a collection of drawings that I have been working on since late 2000.

Airplanes, Flying, & Aviation. Ships, Subs, & Sailing. Scale Model Building. Ford Motor Company. Auto Racing. CES 2014: $4.5 million Lamborghini Veneno Roadster with Monster’s dynamic audio system. Lamborghini Veneno is one sexy car that is a dream for millions out there but only a few have the money to buy it. 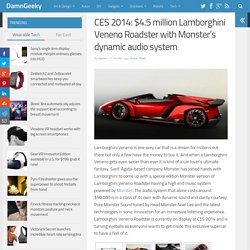 And when a Lamborghini Veneno gets even sexier than ever it is kind of a car lover’s ultimate fantasy. Sant’ Agata-based company Monster has joined hands with Lamborghini to come up with a special edition Monster version of Lamborghini Veneno Roadster having a high end music system powered by Monster. The audio system that alone costs around $50,000 is in a class of its own with dynamic sound and clarity courtesy Pure Monster Sound tuned by Head Monster Noel Lee and the latest technologies in sonic innovation for an immersive listening experience. Lamborghini Veneno Roadster is currently on display at CES 2014 and is turning eyeballs as everyone wants to get inside this exclusive supercar to have a feel of it. Veneno roadster is powered by a 6.5 liter 12 cylinder engine and swiftly shifting ISR transmission that has five driving modes. 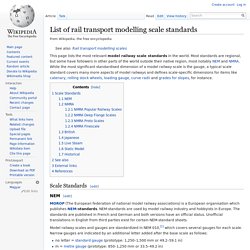 NEM-standards are used by model railway industry and hobbyists in Europe. The standards are published in French and German and both versions have an official status. Unofficial translations in English from third parties exist for certain NEM-standard sheets. Ferreomodelismo.