Top 10 Ways to Improve Your Communication Skills. Less Is More: Why You're Saying Too Much And Getting Ignored. We’ve all heard the phrase "less is more" yet many of us still have a tendency to over-explain, send lengthy emails, and book hour-long meetings that only have 20 minutes of real content. 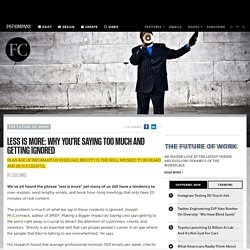 The problem is much of what we say in these contexts is ignored. Joseph McCormack, author of BRIEF: Making a Bigger Impact by Saying Less says getting to the point right away is crucial to attract the attention of customers, clients, and investors. "Brevity is an essential skill that can propel people’s career in an age where the people that they’re talking to are overwhelmed," he says. His research found that average professional receives 304 emails per week, checks their smartphone 36 times an hour and gets interrupted every eight minutes (or 50 to 60 times per day), given that, it’s not hard to imagine why our attention spans are shrinking (from 12 seconds in 2000 to eight in 2012). Remember "BRIEF" for Efficient Office Communication. How To Communicate Better At Work. Simple Techniques to Increase Your Likeability at Work. Marty Nemko Even if you're already popular, who wouldn't want to be better liked, at work and outside? 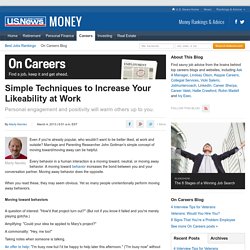 When you read these, they may seem obvious. Moving toward behaviors. How to Read Body Language to Reveal the Underlying Truth in Almost Any Situation. Avoid These Negative Body Language Cues When Going on a Job Interview. Boost Your Likeability at Work with a Few Minor Behavioral Adjustments. 10 Ways to Communicate Better at Work. Lindsay Olson Communication is arguably one of the most important business skills, no matter what your industry. 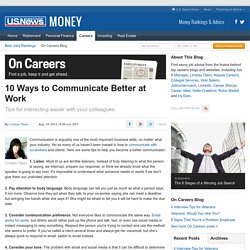 How to Create Presentations that Don't Suck. Soft skills still outweigh education in entry-level hires: infographic. The marketing world is known for its love of hiring interns but with unemployment rates on the rise, are internships really going to lead to new jobs for graduates? 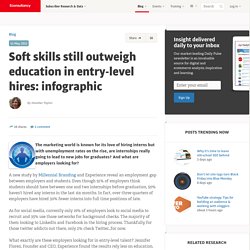 Of all the things employers look for when hiring entry-level talent, it’s the so-called ‘soft skills’ that are valued most: communication, teamwork, flexibility and positive attitude are by far the most sought-after skills. How Do I Get a Job When I Have No Relevant Experience? What Employers Look for in Entry-Level Job Candidates. Schedule Your Writing Like a Professional Writer. Work in Increments to Beat Anxiety. Ex-Microsoft engineer on succeeding in tech industry - Business Insider. Succeeding in the tech industry is about more than just sharpening your coding skills, says Mike Borozdin, the senior director of engineering at DocuSign who previously worked at Microsoft for three years. 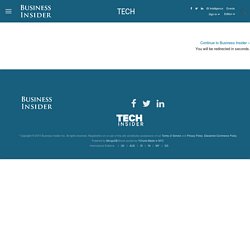 Borozdin had one piece of advice for aspiring engineers and developers. "I would advise folks in software to do one thing, and that's write," he told Business Insider. "Learn how to write ... It's actually useful. The Ultimate Guide to Remote Work. How to Grow, Manage and Work with Remote Teams About This Guide Working remotely and running a remote team seem like black magic to many. 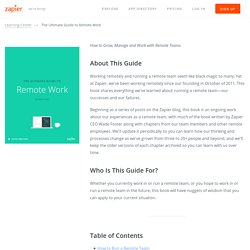 Yet at Zapier, we've been working remotely since our founding in October of 2011. This book shares everything we've learned about running a remote team—our successes and our failures. Beginning as a series of posts on the Zapier blog, this book is an ongoing work about our experiences as a remote team, with much of the book written by Zapier CEO Wade Foster along with chapters from our team members and other remote employees. How To 'Thrive': Short Commutes, More Happy Hours. Dan Buettner spent years seeking out the happiest populations in the world to try to figure out what characteristics they shared. 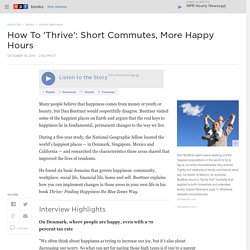 Tightly knit networks of family and friends were key, he found. In Mexico, for example, Buettner found a "family first" mentality that applied to both immediate and extended family helped Mexicans cope in otherwise stressful circumstances. iStockphoto.com hide caption itoggle caption iStockphoto.com iStockphoto.com Many people believe that happiness comes from money or youth or beauty, but Dan Buettner would respectfully disagree. During a five-year study, the National Geographic fellow located the world's happiest places — in Denmark, Singapore, Mexico and California — and researched the characteristics those areas shared that improved the lives of residents. Ten Simple Things You Can Do to Be Happier, Backed by Science. Ditching Your Commute Is the Happiness Equivalent of a $40,000 Raise.

The Skills You Should Have to Be a Successful Remote Worker.

Use a Dry-Erase Marker to Leave High-Visibility Reminders. Writing. Productivity. The Best Language Tools for Geeks. The Einstein Principle: Accomplish More By Doing Less. October 10th, 2007 · 55 comments Einstein’s Push Between the years 1912 to 1915, Albert Einstein was a focused man. 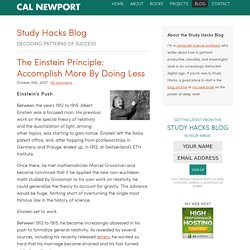 His previous work on the special theory of relativity and the quantization of light, among other topics, was starting to gain notice. Einstein left the Swiss patent office, and, after hopping from professorships in Germany and Prauge, ended up, in 1912, at Switzerland’s ETH Institute. Once there, he met mathematician Marcel Grossman and became convinced that if he applied the new non-euclidean math studied by Grossman to his own work on relativity, he could generalize the theory to account for gravity.

Write Better by Starting Early. Work in Increments to Beat Anxiety. How to Give a Powerful Presentation: Eight Steps to an Awesome Speech. Presenting information to a crowd is an art form. 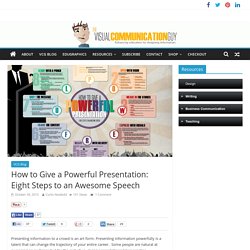 Presenting information powerfully is a talent that can change the trajectory of your entire career. Some people are natural at swooning an audience but for the rest of us, giving presentations takes practice. The good news is, presenting well in front of a crowd–be it a small group at work, or in front of hundreds of people–really isn’t all that complicated. In fact, a powerful presentations can be summarized in eight simple steps using the acronym POWERFUL: Prepare for your AudienceOpen with VigorWeave in the StoriesExpress with VisualsRelate with DeliveryFrame the ContentUnify the MessageLeave with a Punch Click on the image below to enlarge it and read the fine points under each step. Prepare for Your Audience. The Periodic Table of the Figures of Speech: 40 Ways to Improve Your Writing. At the root of all good writing lies an understanding of how sentences are built. 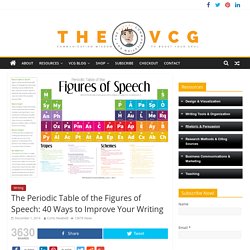 In kindergarten, we learn the fundamentals of grammar and the basic concepts of how sentences are constructed. For most of our elementary and secondary training in writing, we are taught simply to improve those grammatical and mechanical skills. A good writer, however, understands the complexities and rhetorical effects of how modifying sentence structure (known as sentence “schemes”) improves the flow, interest, and even persuasive qualities of their writing. Your hub for visual design: resources, research, reviews, document samples, discussions, and more! Scrivener Writing App Offers Extended Beta Trials on Mac and Windows. The Skills You Should Have to Be a Successful Remote Worker.

An Ex-Microsoft Engineer's Advice to Programmers: Learn How to Write. Top 10 Skills You Need at Work That Have Nothing to Do with Your Job.

Related:  Be Happier   -  How to Read Body Language to Reveal the Underlying Truth in Almost Any Situation   -  Education   -  Enterprise