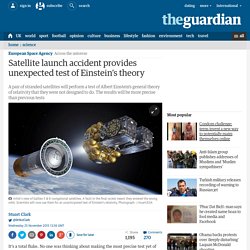 No one was thinking about making the most precise test yet of general relativity when the Soyuz rocket lifted off from French Guiana on 22 August 2014. The European Space Agency was launching Galileo 5 and 6, a pair of navigation satellites to break Europe’s reliance on the American GPS system. At first everything appeared to be going well. The rocket cleared the launch pad and sped away from the surrounding rain forest on its way to space. But trouble was brewing inside the rocket’s upper stage, the final motor that would put the satellites into their operational orbit. A pipe containing frigid liquid helium had been placed too close to a fuel line.

Instead of a circular path, they followed elliptical orbits from 13,713 km up to 25,900 km and back down again. They continue to orbit Earth twice every day, changing their altitude by 8500 km on each circulation. Devised 100 years ago this month, general relativity is a theory of gravity. Pacsun coupons 20% off on mens sweatshirts and hoodies. Pacsun coupons 20% off on men's socks. Free Food For Tech Employees Goes To Waste.

Bedding Sets With Matching Curtains-delivering Luxury. Sierra trading post 40% off. Slacking Off: Can Office Chatrooms Make Us More Productive Time Wasters? When Normative, a software design firm, introduced Slack to its staff nine months ago, the first office chatroom looked like Twitter during an episode of Game of Thrones. 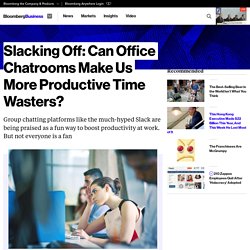 We Stepped Into The Void - VRScout. Like most people keeping an eye on virtual reality, I watched the sizzler video released by The Void and thought a few things in succession. 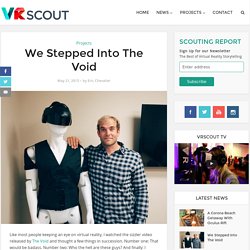 Number one: That would be badass. Number two: Who the hell are these guys? How To Best fit men cycling shoes- Fitness at Greater levels. Why We Should Let the Pantheon Crack—Modern Architects Have A Lot to Learn From the Ancients. Special Operators Are Using Rapid DNA Readers. How Google Designed An E-Book Font For Any Screen. In January of 2014, a Pew study showed that nearly a third of American adults had read an e-book in the last year, and 50% of adults owned some kind of tablet or e-reading device. 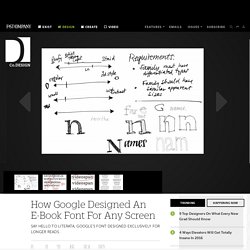 Many of these readers are using the wide variety of Android devices on the market, which can present a problem for those trying to create a standardized experience for e-book readers. Google faced this challenge while designing their new font, Literata, which will replace Droid Serif on Google Play Books. Google worked with fontmaker TypeTogether on the design, and as a post on TypeTogether's website points out, that a big challenge behind the creation of Literata was making work across wide variety of screen sizes, resolutions, and rendering software. Your Home Doesn't Matter for Tesla's Dream of a Battery-Powered Planet. Elon Musk has done something remarkable. 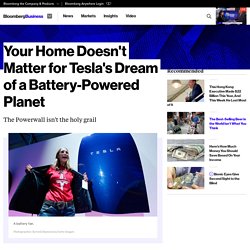 Buying garden equipment online has become the trend. Six People Are Locked in a Dome on a Volcano, Pretending to Live on Mars. HI-SEAS Habitat via HI-SEAS All week, Motherboard contributor Daniel Oberhaus has been exploring life (and death) at those isolated space analogs from around the world that have become integral in planning for long-duration space flight. 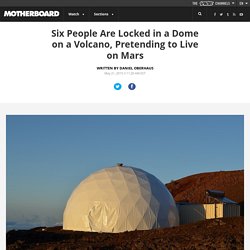 This is part four of five. Inside the labs where Netflix is trying to make televisions suck less. Men's Running Jackets-adding More To Fitness With Health. Why Chrome Uses So Much Freaking RAM. McDonald’s Must Win Over Franchisees to Escape Slump. When Steve Easterbrook became chief executive officer of McDonald’s in March, there was little doubt that he’d face a tough fight with the likes of Burger King, Shake Shack, and even Chipotle Mexican Grill, in which McDonald’s once had a big investment. 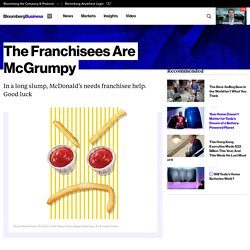 Yet it’s becoming clear he has other foes who may be difficult to quell: his own franchisees. The fast-food chain is at odds with some of the estimated 3,000 men and women who operate most of its 14,350 restaurants in the U.S. A recent survey by Mark Kalinowski, an analyst at Janney Capital Markets, found that acrimony between the restaurant operators and McDonald’s corporate leaders is as high as it’s been in the 12 years the firm has polled franchise owners. Stung by falling profits, franchisees grouse that McDonald’s headquarters is out of touch with the realities of running restaurants in today’s fiercely competitive market.

Not all franchisees are so despairing. Golf - One of the Most Recognized Outdoor Sports. Testosterone Rules for Women Athletes Are Unfair, Researchers Argue. Elite women athletes are currently barred from competing in top-tier competitions, such as the Olympic Games and World Championships, if their testosterone levels are too high. 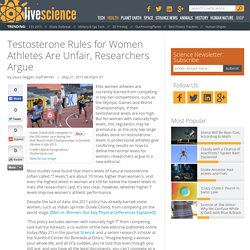 But for women with naturally high levels, this regulation may be premature, as the only two large studies done on testosterone levels in professional athletes give conflicting results on how to define the normal levels for women, researchers argue in a new editorial. Most studies have found that men's levels of natural testosterone (often called "T levels") are about 10 times higher than women's, and even the highest levels in women are still far below the lowest levels in men, the researchers said. It's less clear, however, whether higher T levels improve women's athletic performance. Despite the lack of data, the 2011 policy has already barred some women, such as Indian sprinter Dutee Chand, from competing on the world stage. [Men vs. Sporting studies Limited results Neither study is perfect. In Fresno, police focus on building relationships, not making arrests. FRESNO, Calif. — The toddler had just finished having his face painted bright red and white when he barreled toward Jerry Dyer, Fresno’s broad-shouldered chief of police. 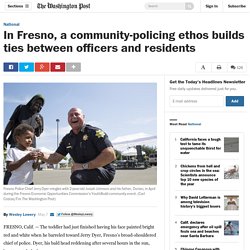 Dyer, his bald head reddening after several hours in the sun, bent to catch the boy. “You having a good time?” Sierra Trading for Leather Boots against Coupon Code and Discount. The Middle East Interview: President Obama on ISIS, Iran, and Israel. Are new Common Core tests really better than the old multiple-choice tests? You are a congresswoman’s chief-of-staff and she needs your help coming up with a position on whether a nuclear power plant should be built in the district. 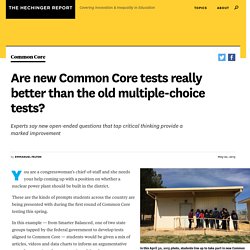 These are the kinds of prompts students across the country are being presented with during the first round of Common Core testing this spring. In this example — from Smarter Balanced, one of two state groups tapped by the federal government to develop tests aligned to Common Core — students would be given a mix of articles, videos and data charts to inform an argumentative essay for or against the construction of the plant. People are these days buying gadgets online.