RL34746.pdf (application/pdf Object) FAQ_wind.pdf (application/pdf Object) NoFreeWind - The Heavy Price We Pay for Windpower. Alternative Energy eMagazine - Low-cost and high performance heliostats. The main conclusion of the comprehensive report of Sandia National Laboratories “Heliostat Cost Reduction Study” published in June 2007 is that the feasibility of the solar tower thermoelectric power plant goes through get reliable and efficient heliostats at a cost much lower than the different known solutions. 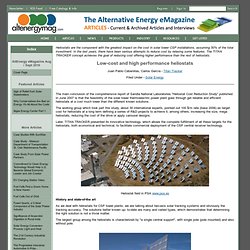 The working group which took part this study, about 30 international experts, pointed out 100 $/m rate (base 2006) as target cost for heliostats at a long term defining a series of R&D projects to achieve it, among others, increasing the size, mega heliostats, reducing the cost of the drive or apply carousel designs. Later, TITAN TRACKER presented its innovative technology, which allows the complete fulfillment of all these targets for the heliostats, both economical and technical, to facilitate commercial deployment of the CSP central receiver technology. 912923_Heliostat_Cost_Reduction_Study-2007.PDF (application/pdf Object)

Heliostat Project. The Importance: According to the U.S. 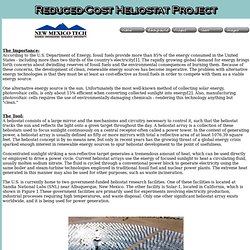 Department of Energy, fossil fuels provide more than 85% of the energy consumed in the United States - including more than two thirds of the country's electricity[1]. The rapidly growing global demand for energy brings forth concerns about dwindling reserves of fossil fuels and the environmental consequences of burning them. Because of these concerns, the development of clean, renewable energy sources has become imperative. The problem with alternative energy technologies is that they must be at least as cost-effective as fossil fuels in order to compete with them as a viable energy source. One alternative energy source is the sun. The Tool: A heliostat consists of a large mirror and the mechanisms and circuitry necessary to control it, such that the heliostat tracks the sun and reflects the light onto a given target throughout the day. 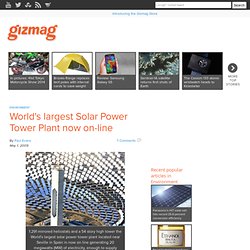 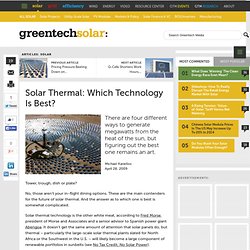 No, those aren't your in-flight dining options. These are the main contenders for the future of solar thermal. And the answer as to which one is best is somewhat complicated. Solar thermal technology is the other white meat, according to Fred Morse, president of Morse and Associates and a senior advisor to Spanish power giant Abengoa. It doesn't get the same amount of attention that solar panels do, but thermal – particularly the large-scale solar thermal plants slated for North Africa or the Southwest in the U.S. – will likely become a large component of renewable portfolios in sunbelts (see No Tax Credit, No Solar Power). 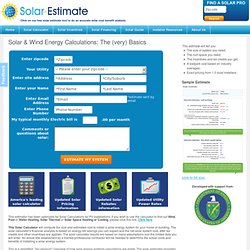 If you wish to use the calculator to find out Wind, Pool or Water Heating, Solar Thermal or Solar Space Heating or Cooling, please click this link: Click here. Coal reserves, coal exploration - World Coal Association. It has been estimated that there are over 861 billion tonnes of proven coal reserves worldwide. 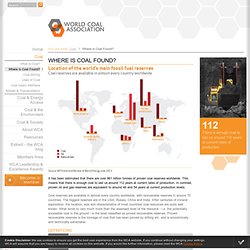 This means that there is enough coal to last us around 112 years at current rates of production. In contrast, proven oil and gas reserves are equivalent to around 46 and 54 years at current production levels. Coal reserves are available in almost every country worldwide, with recoverable reserves in around 70 countries. Uses of Coal - World Coal Association. Access to modern energy services not only contributes to economic growth and household incomes but also to the improved quality of life that comes with better education and health services. 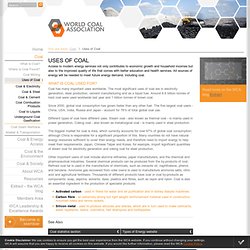 All sources of energy will be needed to meet future energy demand, including coal. Coal has many important uses worldwide. The most significant uses of coal are in electricity generation, steel production, cement manufacturing and as a liquid fuel. Around 6.6 billion tonnes of hard coal were used worldwide last year and 1 billion tonnes of brown coal. Since 2000, global coal consumption has grown faster than any other fuel. How Much Coal Is Left. There are several measures of how much coal is left, based on various degrees of geologic certainty and economic feasibility. 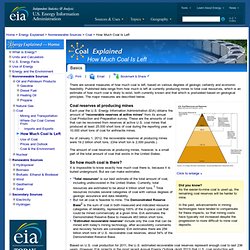 Published data range from how much is left at currently producing mines to total coal resources, which is an estimate of how much coal is likely to exist, both currently known and that which is postulated based on geological principles. The major measures are described below. Did you know? As the easier-to-mine coal is used up, the remaining coal reserves will be harder to mine. In the past, advancements in mining technologies have tended to compensate for these impacts, so that mining costs have typically not increased despite the progression to more difficult to mine coal deposits. Coal reserves at producing mines Each year the U.S. As of January 1, 2012, the recoverable reserves at producing mines were 19.2 billion short tons. State Electricity Profiles. Energy consumption and production in Michigan « Drawing Detroit. On August 27, ballot language for the Michigan Energy, Michigan Jobs proposal was approved. 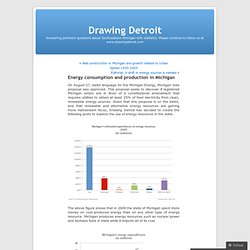 This proposal seeks to discover if registered Michigan voters are in favor of a constitutional amendment that requires utilities to obtain at least 25% of their electricity from clean, renewable energy sources. Energy Overview 2011. Background Michigan is relatively limited in most energy resources and imports 97 percent of its petroleum needs, 82 percent of its natural gas and 100 percent of coal and nuclear fuel from other states and nations. 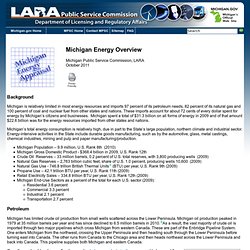 Updated Capital Cost Estimates for Electricity Generation Plants. The current and future projected cost of new electricity generation capacity is a critical input into the development of energy projections and analyses. The cost of new generating plants plays an important role in determining the mix of capacity additions that will serve growing loads in the future. New plant costs also help to determine how new capacity competes against existing capacity, and the response of the electricity generators to the imposition of environmental controls on conventional pollutants or any limitations on greenhouse gas emissions.

The current and projected future costs of energy-related capital projects, including but not limited to new electric generating plants, have been subject to considerable change in recent years.