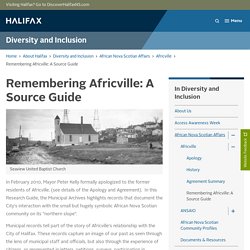 The incredible contribution of Canadian nursing sisters in the First World War can be best appreciated by examining their experiences during their service. 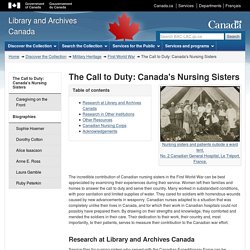 Women left their families and homes to answer the call to duty and serve their country. Many worked in substandard conditions, with poor sanitation and limited supplies of water. They cared for soldiers with horrendous wounds caused by new advancements in weaponry. Canadian nurses adapted to a situation that was completely unlike their lives in Canada, and for which their work in Canadian hospitals could not possibly have prepared them. 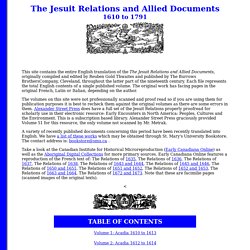 Each file represents the total English contents of a single published volume. The original work has facing pages in the original French, Latin or Italian, depending on the author. The volumes on this site were not professionally scanned and proof read so if you are using them for publication purposes it is best to recheck them against the original volumes as there are some errors in them. Traditional Animal Foods of Indigenous Peoples of Northern North America - Home. The Toronto Purchase Treaty No. 13 (1805) – Mississaugas of the Credit First Nation. The Crown, in the 1780s, recognized the need to secure communication and supply lines to their western outposts and to unite the settlements along Lake Ontario from Kingston to Niagara. 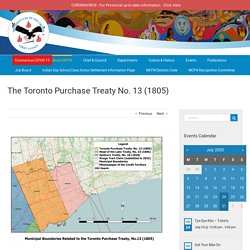 In order to meet Crown objectives, Sir John Johnston, Superintendent General of the Indian Department, met in 1787 with a number of Mississaugas at the Bay of Quinte where the Mississaugas of the Credit purportedly sold the lands of the Toronto Purchase Treaty. Virtual Gramophone: Canadian Historical Sound Recordings - Library and Archives Canada. Great Unsolved Mysteries in Canadian History. Passages Canada. Digital collection. BAnQ has adopted a wide-ranging digitization program that would cover the entire published and archival documentary heritage produced in Québec since the 17th century, or of foreign origin and related to Québec. 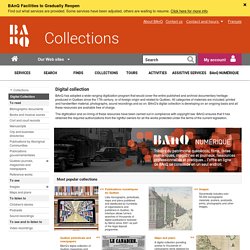 All categories of materials are included: printed and handwritten material, photographs, sound recordings and so on. BAnQ's digital collection is developing on an ongoing basis and all these resources are available free of charge. The digitization and on-lining of these resources have been carried out in compliance with copyright law. BAnQ ensures that it has obtained the required authorizations from the rightful owners for all the works protected under the terms of the current legislation. Lists monographs, periodicals, maps and plans published and distributed by hundreds of organizations and publishers in Québec. Dynamically includes over 50,000 iconographic materials: posters, postcards, prints, photographs and other images. ARCHIVED - Introduction - Aboriginal Documentary Heritage - Library and Archives Canada. Archived Content This archived Web page remains online for reference, research or recordkeeping purposes. 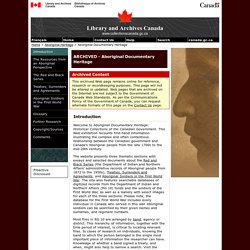 This page will not be altered or updated. Web pages that are archived on the Internet are not subject to the Government of Canada Web Standards. Crown-Indigenous Relations and Northern Affairs Canada. Canadian Constitutional Documents. A Legal History (C) Copyright 1994-2019 William F. 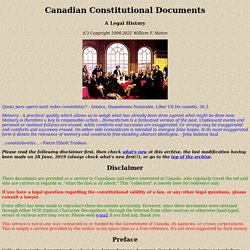 Maton Quota pars operis tanti nobis committur? - Seneca Memory - A practical quality which allows us to weigh what has already been done against what might be done now. Please read the following disclaimer first, then check what's new at this archive, the last modification having been made on 28 June, 2019 (always check what's new first!!) Frontier Life: Borderlands, Settlement & Colonial Encounters - Adam Matthew Digital. Explore Films by Subject.

Photography - Library and Archives Canada. Our Voices, Our Histories. Based on the evidence available, scientists think that about 4.6 billion years ago, a large star ended its life in a massive explosion. 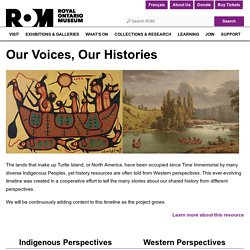 Gas and dust from the exploding star scattered over dozens of light years into an immense cloud called a nebula. This nebula was enormous: one light year is about 9 trillion kilometres. Even though a nebula is a remnant of destruction, it can also become a place of creation — a stellar “nursery” where new suns are formed. The gas and dust in a nebula isn’t evenly spread out, but clumpy. Some denser regions have higher gravity, which draws in more and more material that sticks together until it becomes so dense that it collapses into a donut or disc shape called a nebular disc.

When our solar system was still a nebular disc, the intense heat created when it formed meant that most of its matter was not solid or liquid, but vapour. Primary Sources and Teaching Links. Canadiana Online. Newspapers - Library and Archives Canada. Primary Sources and Teaching Links. In Pursuit of Adventure: The Fur Trade in Canada and the NWC. Multicultural Canada: Background, partners, and contacts. Multicultural Canada: Our diverse heritage The Multicultural Canada digitization project grew from the conviction that the cultural groups that make up our country have little-known stories that need to be researched and told. 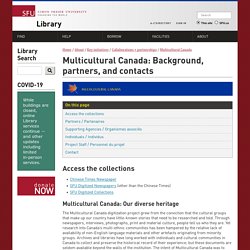 Through newspapers, interviews, photographs, print and material culture, people tell us who they are. Exploration and Settlement - Library and Archives Canada. Ourfutureourpast.ca. Search: Search. Indian Affairs Annual Reports, 1864-1990 - Library and Archives Canada. Collection Search The contents of this database are in our new Collection Search. 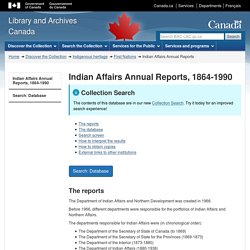 The Atlas uses thematic mapping to describe events, issues or patterns in Canada's development. The Historical Atlas of Canada Online Learning Project is intended to make the maps and data generated for the Atlas available to a wider audience by re-designing them for the Internet. In some cases, new data and maps have been compiled and created for the Online Learning Project, and in other cases, information from maps has been combined and consolidated in a new form. An important addition to the Online version are a series of Maptours. Diaries of William Lyon Mackenzie King - Library and Archives Canada. Collection Search The contents of this database are in Collection Search. Try it today for an improved search experience! Rt. Hon. W.L. Archives.