When we're Triggered: How to Stop Reacting Defensively. Get elephant's newsletter Every single moment you live—awake and aware inside your life—is another tiny (or huge) opportunity for healing, even your moments on Facebook. 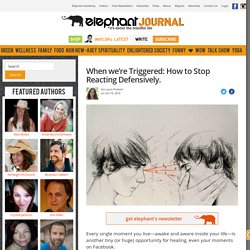 I recently opened up a discussion about this topic in one of my favorite healing groups on Facebook. In a virtual room full of healers and people doing healing work, you’re bound to get a treasure chest of ideas, information, opinion and experience. It turned out as awesome as I had imagined, until I was triggered—big time.

Bruce Lee on the Power of Repose and the Strength of Yielding. When he emigrated from Hong Kong to America in 1959, Bruce Lee (November 27, 1940–July 20, 1973) adapted the ancient Chinese conceptual martial art Wing Chun into his own version, Jun Fan Gung Fu, literally translated as “Bruce Lee’s Kung Fu,” and popularized it in America. 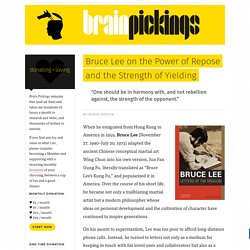 Over the course of his short life, he became not only a trailblazing martial artist but a modern philosopher whose ideas on personal development and the cultivation of character have continued to inspire generations. This Video Gives You a Primer On How to Take Criticism. 1 Question that can Help us Understand Ourselves (& Everyone Else). This last week, my venerable Uncle Don, a true man’s man, salt of the earth, brass tacks and all that, passed away. 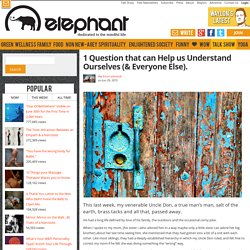 He had a long life defined by love of his family, the outdoors and the occasional corny joke. When I spoke to my mom, (his sister—who adored him in a way maybe only a little sister can adore her big brother) about her last time seeing him, she mentioned that they had gotten into a bit of a snit with each other. Passive-Aggressive: Explanation & Cure. The first time I encountered the phrase passive-aggressive was during a break-up. 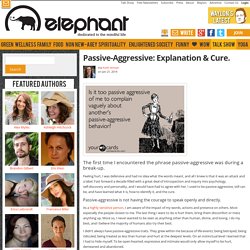 Feeling hurt, I was defensive and had no idea what the words meant, and all I knew is that it was an attack and a label. Fast forward a decade filled with a great deal of introspection and inquiry into psychology, self-discovery and personality, and I would have had to agree with her. I used to be passive-aggressive, still can be, and have learned what it is, how to identify it, and the cure. Passive-aggressive is not having the courage to speak openly and directly. As a highly sensitive person, I am aware of the impact of my words, actions and presence on others. I didn’t always have passive-aggressive traits. It took years for me to recognize my fears, the causes for them, and how to live with and move past them.

7 Tricks To Stay Calm When Interacting With People You Don't Like - mindbodygreen.com. Has the Fight Gone Out of Organizing? - Shelterforce - National Housing Institute. The fiery rhetoric and confrontational tactics of Gale Cincotta, co-founder of National People’s Action, helped lead to the passage of the Community Reinvestment Act in 1977. 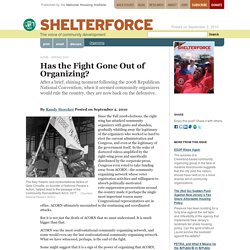 (Courtesy National People’s Action) Since the Fall 2008 elections, the right wing has attacked community organizers with gusto and abandon, gradually whittling away the legitimacy of the organizers who worked so hard to elect the current administration and Congress, and even at the legitimacy of the government itself. In the wake of doctored videos amplified by the right-wing press and uncritically distributed by the corporate press, Congress even voted to take funding away from ACORN—the community organizing network whose voter registration activities and willingness to absorb politically-motivated vote-suppression prosecutions around the country made it perhaps the single most important reason many Congressional representatives are in office.

5 Simple Ways to Respond to Negative People. Many of the most valuable lessons I have learned have come from people I most definitely do not want to be like. 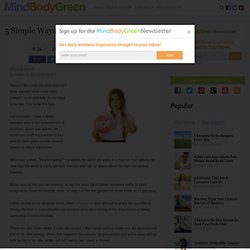 You know the type. For example, I have a family member who is the embodiment of cynicism, doom and gloom. He rarely has anything positive to say and his dark jokes revolve around someone else’s misfortune. Defuse Heated Arguments by Handling it Like a Child's Tantrum. Why We Hurt Each Other: Tolstoy’s Letters to Gandhi on Love, Violence, and the Truth of the Human Spirit. By Maria Popova “Love is the only way to rescue humanity from all ills.” 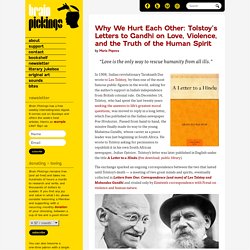 In 1908, Indian revolutionary Taraknath Das wrote to Leo Tolstoy, by then one of the most famous public figures in the world, asking for the author’s support in India’s independence from British colonial rule. On December 14, Tolstoy, who had spent the last twenty years seeking the answers to life’s greatest moral questions, was moved to reply in a long letter, which Das published in the Indian newspaper Free Hindustan. Passed from hand to hand, the missive finally made its way to the young Mahatma Gandhi, whose career as a peace leader was just beginning in South Africa.

He wrote to Tolstoy asking for permission to republish it in his own South African newspaper, Indian Opinion. Malcolm Gladwell on Criticism, Tolerance, and Changing Your Mind. By Maria Popova “That’s your responsibility as a person, as a human being — to constantly be updating your positions on as many things as possible. 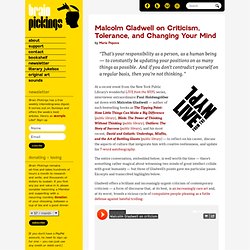 And if you don’t contradict yourself on a regular basis, then you’re not thinking.” At a recent event from the New York Public Library’s wonderful LIVE from the NYPL series, interviewer extraordinaire Paul Holdengräber sat down with Malcolm Gladwell — author of such bestselling books as The Tipping Point: How Little Things Can Make a Big Difference (public library), Blink: The Power of Thinking Without Thinking (public library), Outliers: The Story of Success (public library), and his most recent, David and Goliath: Underdogs, Misfits, and the Art of Battling Giants (public library) — to reflect on his career, discuss the aspects of culture that invigorate him with creative restlessness, and update his 7-word autobiography.

How to Criticize with Kindness: Philosopher Daniel Dennett on the Four Steps to Arguing Intelligently. How To Stop Being So Reactive All The Time. How we interpret things plays a vital role in where our time, energy, and attention goes. 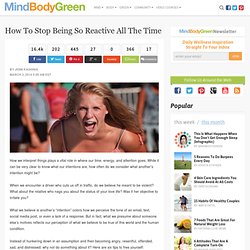 10 Tips To Fight Fair With Your Partner. Conflict is an inevitable part of any coupling, but how you handle the most difficult moments can define many other aspects your relationship—from the way you parent your children to the conversations you have over dinner. 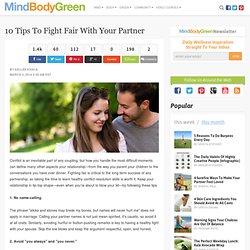 Fighting fair is critical to the long-term success of any partnership, so taking the time to learn healthy conflict-resolution skills is worth it. How To Deal When People Are Driving You Nuts. If you've ever done "Navasana" (boat pose) in a yoga class, it's possible the teacher told you to focus on the space between your toes. The idea is to train your mind to observe the space between all things. The pause between the inhale and the exhale. The space between your thoughts, once you train your mind to be present. The space between an event and your response to it. The space between you and another person, and the ability to choose what goes into that space. The Science of Why We Kiss. 19 Ways to Peeve Your Lover. Photo Credit: Viorel Sima / Shutterstock.com April 17, 2014 | Like this article? Join our email list: Stay up to date with the latest headlines via email. Iconic Psychiatrist Carl Jung on Human Personality in Rare BBC Interview.

Australian Psychological Society : Effective anti-racism strategies and conversations: Lessons from the literature. Focus on change within your own group, not others Racism interventions typically bring to mind mass media campaigns, tolerant organisational policies, and training in one-on-one interactions. Yet, all of these interventions can be ineffective if we don’t feel as though the anti-racism message comes from ‘one of us’ (a fellow group member). Eleanor Longden: The voices in my head. A Liberal Decalogue: Bertrand Russell’s 10 Commandments of Teaching. 8 Habits of Intolerant People. Photo Credit: Tom Wang/ Shutterstock.com January 18, 2014 | Like this article? Join our email list: Stay up to date with the latest headlines via email.

The Benjamin Franklin Effect: The Surprising Psychology of How to Handle Haters. The upside of anger: why workers should express their emotions. 5 Productive Ways to Respond To Criticism. The "fight" or "flight" response is hard wired in our brains.