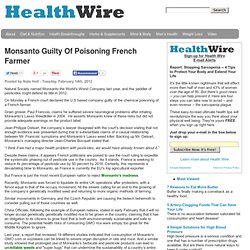 On Monday a French court declared the U.S based company guilty of the chemical poisoning of a French farmer. Grain grower, Paul Francois, claims he suffered severe neurological problems after inhaling Monsanto’s Lasso Weedkiller in 2004. He asserts Monsanto knew of these risks but did not provide adequate warnings on the product label. Jean-Philippe Delsart, the company’s lawyer disagreed with the court's decision stating that not enough evidence was presented during trial to substantiate claims of a causal relationship between Mr. “I think if we had a major health problem with pesticides, we would have already known about it.” Despite these claims, it appears French politicians are poised to use the court ruling to expedite the systematic phasing out of pesticide use in the country. Permaculture Learning Garden.

Introduction to Permaculture - 40 hours of Free video lectures. Permaculture means 'permanent culture,' (or 'permanent agriculture') and ...'is the conscious design and maintenance of cultivated ecosystems that have the diversity, stability, and resilience of a natural ecosystem.' (Bill Mollison) This course will explore, through lectures, discussions, field trips, and required projects, a design/thinking methodology that seeks to profide for our physical needs, food, water, shelter, energy, etc., while doing so in an environmentally friendly, sustainable manner. 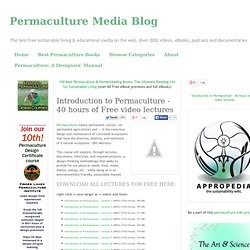 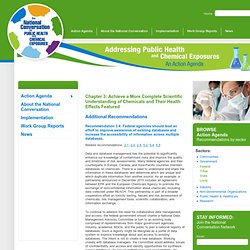 Jordforbindelse. World’s wildest supermarket A holistic and most outrageous concept From: Sepp Holzers Permakultur, Leopold Stocker Verlag, 2008 Fresh is the concept for an organic, living supermarket in cities and villages, were instead of taking the items off the shelf, the customer harvests the produce directly from raised beds. 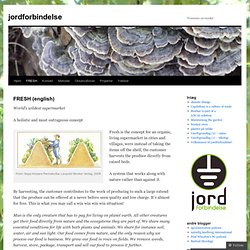 A system that works along with nature rather than against it. By harvesting, the customer contributes to the work of producing to such a large extend that the produce can be offered at a never before seen quality and low charge. Man is the only creature that has to pay for living on planet earth. The system is designed out of economic interest and thus fails to address the fundamental values of food. Marijuana - Documentary. Brighton Project 1. James Lovelock Quote. Posted on | February 23, 2012 | 1 Comment “There have been seven disasters since humans came on the earth, very similar to the one that’s just about to happen. 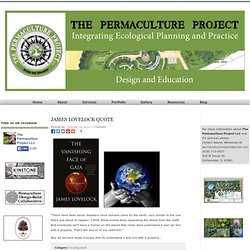 I think these events keep separating the wheat from the chaff. And eventually we’ll have a human on the planet that really does understand it and can live with it properly. That’s the source of my optimism.” May we become those humans that do understand it and live with it properly… Comments. Storm's Raw Philosophy. The YES! Interview with Vandana Shiva, by Madhu Suri Prakash. Vandana Shiva: Teachers for a Living World by Madhu Suri Prakash. While Ivy League schools marvel at India’s economic growth, Vandana Shiva’s University of the Seed looks to the earth—and Gandhi—for guidance. posted Jan 27, 2012. 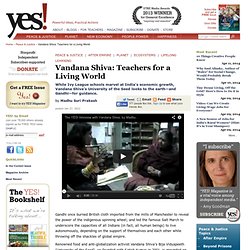 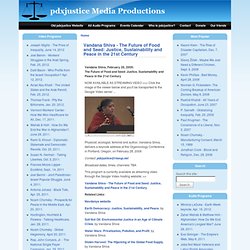 Physicist, ecologist, feminist and author, Vandana Shiva, delivers a keynote address at the Organicology Conference in Portland, Oregon, on February 28, 2009. Contact: pdxjustice@riseup.net Broadcast dates, times, channels: TBA This program is currently available as streaming video through the Google Video hosting website: >> How To Move Your Farm Animals. Urban Homestead - Living the Real Simple Life (ABC Nightline) How to Avoid GMO/Monsanto. Learn why Monsanto and GMO must be avoided. 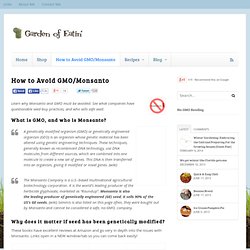 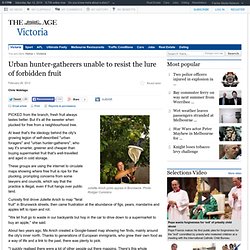 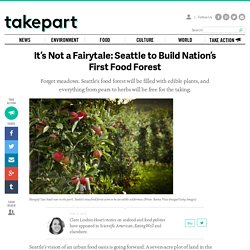 A seven-acre plot of land in the city’s Beacon Hill neighborhood will be planted with hundreds of different kinds of edibles: walnut and chestnut trees; blueberry and raspberry bushes; fruit trees, including apples and pears; exotics like pineapple, yuzu citrus, guava, persimmons, honeyberries, and lingonberries; herbs; and more. All will be available for public plucking to anyone who wanders into the city’s first food forest.

“This is totally innovative, and has never been done before in a public park,” Margarett Harrison, lead landscape architect for the Beacon Food Forest project, tells TakePart. Harrison is working on construction and permit drawings now and expects to break ground this summer. The concept of a food forest certainly pushes the envelope on urban agriculture and is grounded in the concept of permaculture, which means it will be perennial and self-sustaining, like a forest is in the wild. Farming on the fringe: Q&A with Anna Meroni. Anna Meroni , from Nutrire Milano (Feeding Milan), visited Australia recently for the On the Edge forum, run by Village Well .

Why should people care about agriculture on the city fringe? I AM a designer – I believe that people really understand something when they are touched by the issue, not because of rational drivers. If I have to convince someone that the food produced just close to the city is important, I would say that it’s a matter of wellbeing and wellness of the whole environment. L.php?u=http%3A%2F%2Fwww.nytimes.com%2F2010%2F02%2F28%2Fmagazine%2F28food-t-000.