Immigration museum. What do the French think of Asian people? First, I wanted to commend you on your wonderful blog! 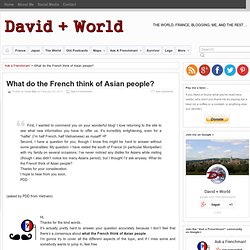 I love returning to the site to see what new information you have to offer us. It’s incredibly enlightening, even for a “halfie” (I’m half French, half Vietnamese) as myself! =P Second, I have a question for you, though I know this might be hard to answer without some generalities. Les Espaces d'Abraxas (Social Housing Scheme) by Ricardo Bofill. Ricardo Bofill (Taller de Arquitectura) 1978-83 Continue to page 2. 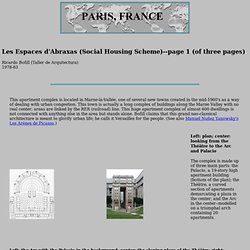 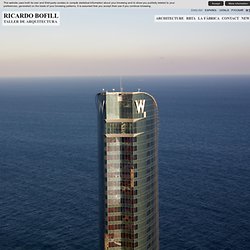 Below you will find information about what cookies are, what type of cookies are used on this website, how cookies can be deactivated on your browser and how to deactivate the installation of third-party cookies in particular. If you are unable to find specific information you are looking for, please see our Legal Notice where you can find our contact details. 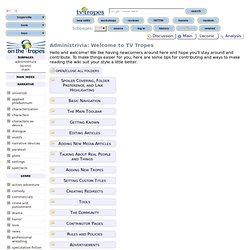 We like having newcomers around here and hope you'll stay around and contribute. To make things easier for you, here are some tips for contributing and ways to make reading the wiki suit your style a little better. open/close all folders Spoiler Covering, Folder Preference, and Link Highlighting. The Rise of Intermarriage. Rates, Characteristics Vary by Race and Gender By Wendy Wang Executive Summary This report analyzes the demographic and economic characteristics of newlyweds who marry spouses of a different race or ethnicity, and compares the traits of those who “marry out” with those who “marry in.” 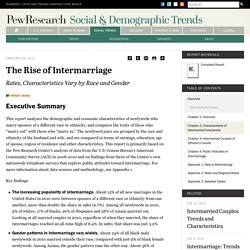 The newlywed pairs are grouped by the race and ethnicity of the husband and wife, and are compared in terms of earnings, education, age of spouse, region of residence and other characteristics. This report is primarily based on the Pew Research Center’s analysis of data from the U.S. Key findings: More Asian-Americans Marrying Within Their Race. Asians Now Largest Immigrant Group in Southern California. Who counts as Asian? (Or, the social construction of race and the continents) So the two on the left are Asian, and the one on the right is white? 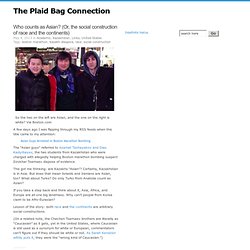 Via Boston.com A few days ago I was flipping through my RSS feeds when this title came to my attention: Asian Guys Arrested in Boston Marathon Bombing The “Asian guys” referred to Azamat Tazhayakov and Dias Kadyrbayev, the two students from Kazakhstan who were charged with allegedly helping Boston marathon bombing suspect Dzokhar Tsarnaev dispose of evidence.

This got me thinking: are Kazakhs “Asian”? If you take a step back and think about it, Asia, Africa, and Europe are all one big landmass. Lesson of the story: both race and the continents are arbitrary social constructions. (On a related note, the Chechen Tsarnaev brothers are literally as “Caucasian” as it gets, yet in the United States, where Caucasian is still used as a synonym for white or European, commentators can’t figure out if they should be white or not. Chinese diaspora in France. The Chinese diaspora in France consists of people of Chinese ancestry who were born in or immigrated to France. 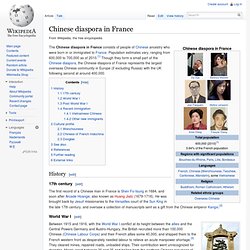 Population estimates vary, ranging from 600,000 to 700,000 as of 2010[update].[1] Though they form a small part of the Chinese diaspora, the Chinese diaspora of France represents the largest overseas Chinese community in Europe (if excluding Russia) with the UK following second at around 400,000. History[edit] 17th century[edit] The first record of a Chinese man in France is Shen Fo-tsung in 1684, and soon after Arcade Hoange, also known as Huang Jialü (1679-1716).

He was brought back by Jesuit missionaries to the Versailles court of the Sun King in the late 17th century, and oversaw a collection of manuscripts sent as a gift from the Chinese emperor Kangxi.[2] World War I[edit] China–France relations. China–France relations, also known as Sino-French relations or Franco-Chinese relations, refers to the interstate relations between China and France (Kingdom or later). 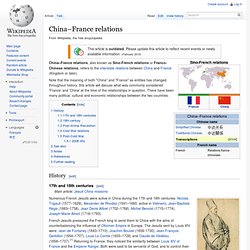 Note that the meaning of both "China" and "France" as entities has changed throughout history; this article will discuss what was commonly considered 'France' and 'China' at the time of the relationships in question. There have been many political, cultural and economic relationships between the two countries. History[edit] 17th and 18th centuries[edit] Gender FR-US.

France's first black newsreader says country is blighted by 'deep-seated racism' Harry Roselmack furious after monkey chants were aimed at black ministerMr Roselmack became first non-white TF1 presenter in 2006 after president Jacques Chirac urged media to hire more ethnic minority journalists By Peter Allen PUBLISHED: 20:16 GMT, 5 November 2013 | UPDATED: 20:24 GMT, 5 November 2013 France’s first black newsreader today launched an outspoken attack on the country, saying it is blighted by ‘deep-seated racism’. It was not until 2006 that Harry Roselmack finally became the only non-white presenter on TF1, the Gallic equivalent of BBC1. Now he is furious after monkey chants were aimed at a black minister, saying they reduced him ‘to my negro condition’.