The immigration lawyers, Kazmi and Sakata, have represented clients nationally and internationally.Our highly efficient services include a variety of immigration-related matters including employment and investment based immigration as well as family immigration. Call our San Diego Office for a Free Consultation at (858) 874-0711.

How much does an immigration lawyer charge? There is a process of immigration that takes time to get it, and you may need to hire a lawyer. 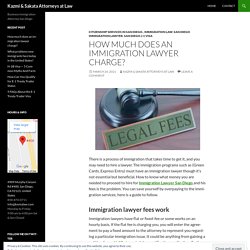 Average immigration lawyer fees Items with average costs. New Social Media Disclosure Requirements for U.S. Visa Applications. According to a new U.S. policy that started in late May, foreigners who wish to obtain visas to enter the United States are expected to disclose information associated with their online social media accounts. 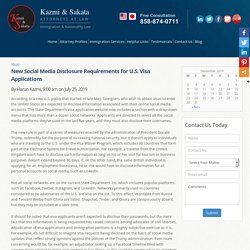 The State Department’s visa application website now includes a section with a drop-down menu that lists more than a dozen social networks. Applicants are directed to select all the social media platforms they’ve used in the last five years, and they must also disclose their usernames. The new rule is part of a series of measures enacted by the administration of President Donald Trump, ostensibly for the purpose of increasing national security, but it doesn’t apply to individuals who are traveling to the U.S. under the Visa Waiver Program, which includes 38 countries that form part of the Electronic System for Travel Authorization.

Not all social networks are on the current State Department list, which includes popular platforms such as Facebook, Twitter, Instagram, and LinkedIn. U.S. Requires Social Media Details from Visa Applicants. United States Attempting to Crack Down on Birth Tourism. An interesting effect of the controversial Trump administration is that certain immigration topics are becoming known for the first time to many people in the United States. 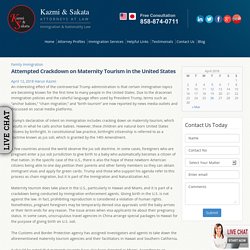 Due to the draconian immigration policies and the colorful language often used by President Trump, terms such as “anchor babies,” “chain migration,” and “birth tourism” are now reported by news media outlets and discussed on social media platforms. Trump’s declaration of intent on immigration includes cracking down on maternity tourism, which results in what he calls anchor babies. However, these children are natural born United States citizens by birthright. In constitutional law practice, birthright citizenship is referred to as a doctrine known as jus soli, which is granted by the 14th Amendment. Key Facts About US Immigration Policies & Proposed Changes. USCIS Expanding Interview Requirements for H-1B Workers.

5 Ways Businesses Can Prepare for a Visit from ICE. How to Bring Your Foreign Fiancé or Fiancée to the U.S. Love knows no boundaries in the current age of globalization and international travel, particularly if you are a citizen of the United States who wishes to bring your special someone to this country to get married. 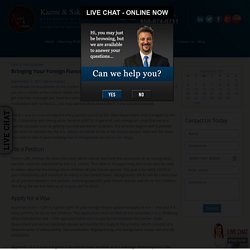 How to Earn U.S. Citizenship Through Parents. If you are the son or daughter of an American citizen, your path to citizenship or naturalization will take precedence over all other family-based petitions. 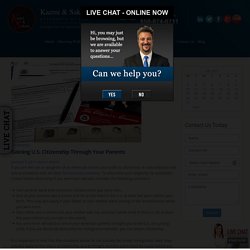 To determine your eligibility for automatic United States citizenship if you were born abroad, consider the following situations: Your parents were both American citizens when you were born.One of your parents was a citizen and he or she lived in the U.S. at least five years before your birth. Other Ways to Get a Green Card. The United States Citizenship and Immigration Services is typically besieged by hundreds of thousands of green card petitions, which are usually submitted based on family relationships, work status or marriage; however, these are not the only immigrants who become residents in the U.S. 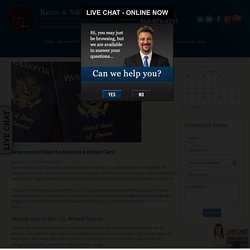 The Special Immigrant program of the USCIS has greatly expanded over the years, and it covers non-traditional paths to residency. Here are some of the special situations handled through this program; a few of them may require expert handling by a seasoned immigration lawyer in San Diego. Immigrants in the U.S. Armed Forces. Is U.S. Immigration Easier for Certain Nationalities? Prior to the Immigration and Nationality Act of 1965, certain nationalities and ethnic groups enjoyed preferences related to admission and the process of establishing legal residence in the United States. 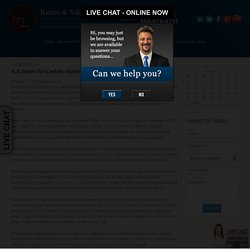 The old immigrant quota system was prejudiced and easily corruptible. The visa system, on the other hand, was designed as part of the Great Society envisioned by President Lyndon B. How a DUI Impacts Immigration Status. Over the last few decades, the issue of DUI enforcement has affected various spheres of American society, including the immigration process. 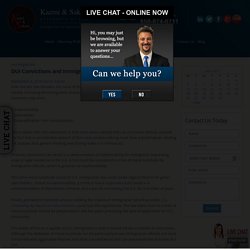 With regard to immigration, three potentially negative outcomes may arise: – Inadmissibility – Deportation – Disqualification from naturalization The problem with DUI convictions is that most states classify them as a criminal offense. Despite the fact that a considerable amount of DUI cases involve nothing more than a breathalyzer reading, the statutes that govern drinking and driving make it a criminal act. What Betters You Chance of Getting a U.S. Worker’s Visa? When it comes to employment-based visas, the United States offers prospective foreign workers more non-immigrant than immigrant opportunities. 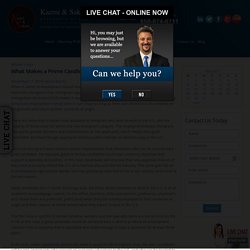 This means that the U.S. Citizenship and Immigration Services (USCIS) makes it easier for American employers to seek foreign workers using temporary employment immigration in San Diego as long as their sole intention is to complete an assignment and return to their countries of origin. Things Your Need for a Temporary U.S. Work Visa. As a foreigner looking to work in the United States, the first thing you need is good counsel and accurate information from reliable sources. 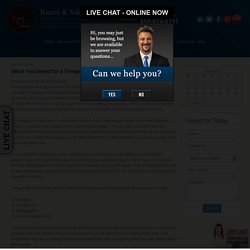 It’s not uncommon for travelers to confuse their status as tourists and business travelers with the right to engage in temporary work. Two working visas, B-1/B-2 and H-1B visas are all grouped in the non-immigrant category, which means that they are all temporarily issued to foreigners who do not initially plan to live permanently in the U.S. An immigration legal expert will tell you that a B-1 visa may help you enter the United States to discuss a possible work contract with a potential employer. Things Your Need for a Temporary U.S. Work Visa. How a DUI Impacts Immigration Status. What Types of Visas Can U.S. Visitors Obtain? In the United States, the two government entities in charge of visa issuance and administration are the State Department as well as Citizenship and Immigration Services (USCIS). There are two main visa categories: immigrant and nonimmigrant. Foreigners who wish to visit the United States are given non-immigrant visas that identify them as visitors.

These visas are understood to be temporary and for the following purposes: Tourism Business Medical treatment Visiting relatives Conferences Cultural presentations Short volunteer programs Sports events The above qualified activities can be conducted with a visitor’s visa or with a visa waiver, which is granted to individuals with passports issued to less than 40 developed countries understood to be close allies of the United States. Types of Visas for Visitors to the United States In general, there are just two main categories: B-1 is for business or temporary employment immigration and B-2 for tourism, pleasure and other personal affairs. 10 Historical Facts About Immigration to the U.S.