Download a Treasure Trove of 130 Free Ebooks from Microsoft. Career Guidance & Resources. I'm Kathryn Minshew, CEO of The Muse, and This Is How I Work. The Muse - Career advice and better job search. 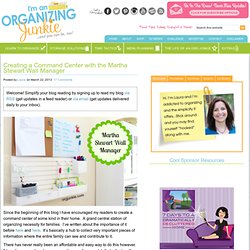 Simplify your blog reading by signing up to read my blog via RSS (get updates in a feed reader) or via email (get updates delivered daily to your inbox). Since the beginning of this blog I have encouraged my readers to create a command center of some kind in their home. A grand central station of organizing necessity for families. Creating a Family Command Center. Welcome! 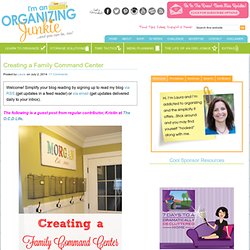 Simplify your blog reading by signing up to read my blog via RSS (get updates in a feed reader) or via email (get updates delivered daily to your inbox). The following is a guest post from regular contributor, Kristin at The O.C.D Life. ​Create a Family Command Center To Remember Everyday Essentials.

RedNotebook. Qollector Alternatives and Similar Apps. Quotes. Splashtop - Top-performing Remote Desktop and Remote Support. For the Kids. Disney. Fonts & Lettering. 10 Ways To Create A Small And Simple Website Without The Overkill. Charlie Daniels Band. What Is Text Expansion & How Can It Help You Save Time? Even if you’ve , you still spend a large portion of your time typing. 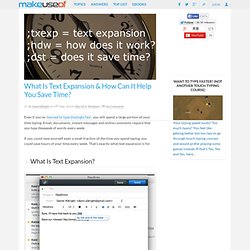 Email, documents, instant messages and online comments require that you type thousands of words every week. If you could save yourself even a small fraction of the time you spend typing, you could save hours of your time every week. That’s exactly what text expansion is for. Amazon Shops New 3D Fire Phone, Say Yo To The Dumbest App Ever, And More... [Tech News Digest] Also, Twitter adds support for animated GIFs, a new glitch is found in Super Mario Bros. 30 years after release, HitchBOT prepares to travel across Canada, and first-person cat simulator Catlateral Damage comes to Kickstarter. 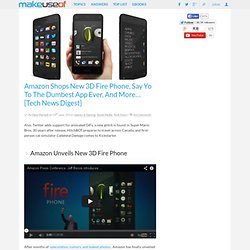 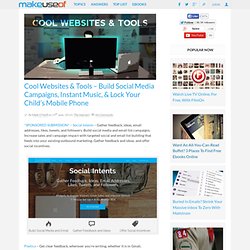 Build social media and email list campaigns. Increase sales and campaign impact with targeted social and email list building that feeds into your existing outbound marketing. An Introduction To Apple's New Programming Language: Swift. This year at WWDC, the focus was so heavily on iOS 8 and OS X Yosemite, that what should have been the biggest news of the event, went rather under-appreciated. 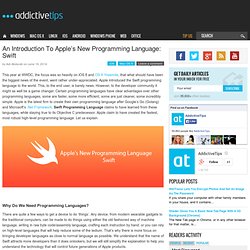 Apple introduced the Swift programming language to the world. This, to the end user, is barely news. ContactBox: Privately Share Contacts Between Android And iOS Devices. Smartphones have become smarter over the years. 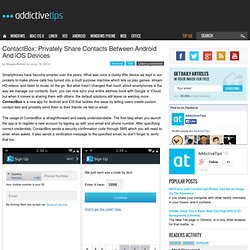 What was once a clunky little device we kept in our pockets to make phone calls has turned into a multi purpose machine which lets us play games, stream HD videos, and listen to music on the go. But what hasn’t changed that much about smartphones is the way we manage our contacts. Sure, you can now sync your entire address book with Google or iCloud, but when it comes to sharing them with others, the default solutions still leave us wanting more. ContactBox is a new app for Android and iOS that tackles this issue by letting users create custom contact lists and privately send them to their friends via text or email. 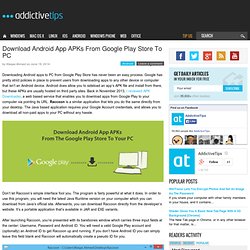 Google has pretty strict policies in place to prevent users from downloading apps to any other device or computer that isn’t an Android device. Android does allow you to sideload an app’s APK file and install from there, but these APKs are usually hosted on third party sites. Back in November 2013, I reviewed APK Downloader, a web based service that enables you to download apps from Google Play to your computer via pointing its URL. Raccoon is a similar application that lets you do the same directly from your desktop. The Java based application requires your Google Account credentials, and allows you to download all non-paid apps to your PC without any hassle. I'm Tina Wen, Engineer at Dropbox, and This Is How I Work. 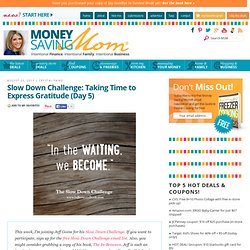 If you want to participate, sign up for the free Slow Down Challenge email list. Also, you might consider grabbing a copy of his book, The In-Between. Jeff is such an inspiration to me as a writer and I highly recommend reading all of his books, if you have a chance! Expressing gratitude doesn’t require money. It doesn’t require much thought or effort. Never Touch Code Again: Filament.io, For Non-Developers Everywhere. If you’ve ever tried to manually paste a code snippet like Google Analytics tracking code to your website by digging into PHP template files, you’ll know how daunting it can be. 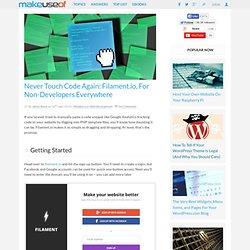 Filament.io makes it as simple as dragging and dropping. At least, that’s the promise.