Calendar blog 2016. Surviving the Stress of Moving. The last box was unloaded, and the moving van slowly drove away. 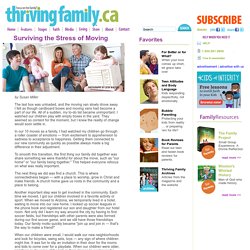 I felt as though cardboard boxes and moving vans had become a part of our life. All of a sudden, my to-do list became unimportant. I watched our children play with empty boxes in the yard. Book Review: Gracism: The Art of Inclusion, by David A. Anderson : 9Marks. Racism has a long, sad history in the United States. 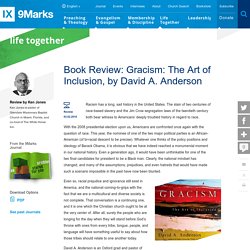 The stain of two centuries of race-based slavery and the Jim Crow segregation laws of the twentieth century both bear witness to Americans’ deeply troubled history in regard to race. With the 2008 presidential election upon us, Americans are confronted once again with the question of race. This year, the nominee of one of the two major political parties is an African-American (of bi-racial descent to be precise). Whatever one thinks of the policy positions and ideology of Barack Obama, it is obvious that we have indeed reached a monumental moment in our national history. Even a generation ago, it would have been unthinkable for one of the two final candidates for president to be a Black man.