Development of an in vitro cytotoxicity model for aerosol exposure using 3D reconstructed human airway tissue; application for assessment of e-cigarette aerosol. Open Access Highlights There are currently no standards for the assessment of aerosol emissions in vitro. 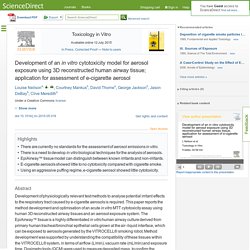 There is a need to develop in vitro biological techniques for the analysis of aerosols. Truth About Vaping - Episode 1 "Why They Hate Us" NOT Blowing Smoke - Why the California Department of Public Health LIES about electronic cigarettes, e-cigarettes, vaping, and vapor products. Aug. 17, 1965 H. 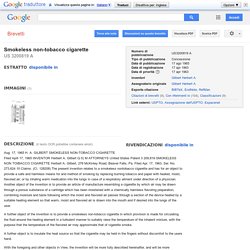 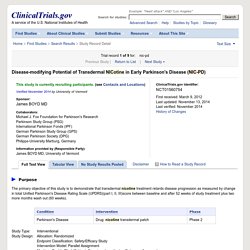 Approximately 250 subjects will be screened at 25-30 centers in Germany and the USA. The recruitment period will be 18 months. In the screening phase, subjects will be evaluated for eligibility for enrolment into the treatment phase. Art Deco Antique Coin-Operated Vending Machines. Yet another study shows absence of e-cigarette toxins - American Council on Science and Health (ACSH) A new report in the International Journal of Research and Public Health assessed e-cigarette vapor for the presence of toxins and mutagens. 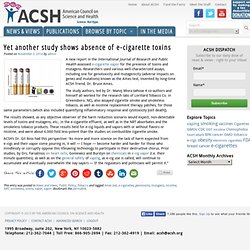 Researchers used various well-characterized assays, including one for genotoxicity and mutagenicity (adverse impacts on genes and mutations) known as the Ames test, invented by long-time ACSH friend, Dr. Bruce Ames. The study authors, led by Dr. Manoj Misra (whose 4 co-authors and himself all worked for the research labs of Lorillard Tobacco Co. in Greensboro, NC), also assayed cigarette smoke and smokeless tobacco, as well as nicotine replacement therapy patches, for those same parameters (which also included quantifying inflammatory response and cytotoxicity [cell death]). The results showed, as any objective observer of the harm reduction scenario would expect, non-detectable levels of toxins and mutagens, etc., in the e-cigarette effluent, as well as in the NRT absorbates and the smokeless tobacco products.

Introducing Peter the Antzeater. If CASAA or Vaping Milita want to use this image you may do so, non-exclusively. 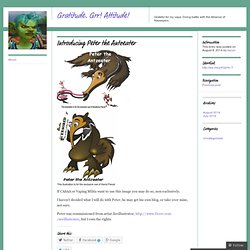 I haven’t decided what I will do with Peter, he may get his own blog, or take over mine, not sure. Peter was commissioned from artist Zeeillustrator, but I own the rights. California SB 648 Turns on a Definition. Getting to Sacramento in time for the June 25th Governmental Organization Committee hearing on SB 648 was a near thing. 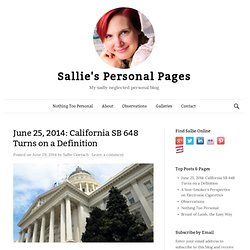 Four trips to Sacramento in May, and we arrived early every time. This time, it was a struggle to get out of the house. Two clients had last-minute issues I had to deal with before we could load up the car with lunch and the props for the speeches we were planning if we had to fall back on Plan B. Winds had been high for days, and I was fighting the car (aerodynamic, but lightweight) as I turned onto Highway 12. 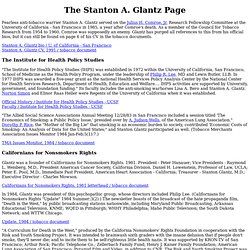 Glantz served on the Julius H. Comroe, Jr. Research Fellowship Committee at the University of California - San Francisco in 1985, a year after Comroe's death. As a member of the Council for Tobacco Research from 1954 to 1960, Comroe was supposedly an enemy. Glantz has purged all references to this from his official bios, but it can still be found on page 6 of his CV in the tobacco documents. Stanton A. The Institute for Health Policy Studies. Www.vapenetworking.com. E-Cigarettes To Be Banned In Areas Of Sonoma County. CBS SF Bay (con't) Affordable Care Act Updates: CBSSanFrancisco.com/ACA Health News & Information: CBSSanFrancisco.com/Health SANTA ROSA (CBS SF) — The unincorporated areas of Sonoma County will soon be included in a growing list of places where “vaping” of electronic cigarettes is banned in some public areas and establishments. 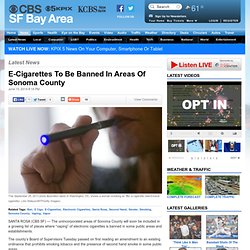 The county’s Board of Supervisors Tuesday passed on first reading an amendment to an existing ordinance that prohibits smoking tobacco and the presence of second hand smoke in some public areas. The amendment adds electronic smoking devices, known as e-cigs, to the ordinance. Stanton Glantz – not just inflexibly dogmatic, but also dishonest. By Tom Pruen 53 experts in the field of tobacco control, addiction and related fields recently wrote a letter to the WHO, outlining the case for electronic cigarettes as a massive public health opportunity. 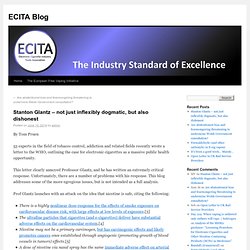 This letter clearly annoyed Professor Glantz, and he has written an extremely critical response. Unfortunately, there are a number of problems with his response. This blog addresses some of the more egregious issues, but is not intended as a full analysis. Prof Glantz launches with an attack on the idea that nicotine is safe, citing the following: The first link matches it reference, and is a discussion of the effects of second hand smoke: Why this is relevant to discussion of nicotine without smoke, as found in electronic cigarettes, is unclear. The second link is to the same discussion of the effects of second hand smoke, but the reference is to a paper published by that great self-referrer, S A Glantz. Following which, it turns to a discussion of the dangers of smoke. 1. E-Cigarette (VAP) : Déclaration scientifique sur la Directive tabac européenne. 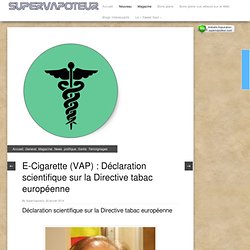 Other Document. VAPERS HELPING VAPERS INFORMATIONAL AND NO DRAMA FORUM. Search Results. How to Regulate E-Cigarettes and Other Electronic Smoking Devices in Your Community.

Anti-THR statements and efforts by American Lung Association, American Cancer Society, et al. The Ultimate List of Studies on E-Cigarettes and their Safety » onVaping. Written by Dale Amann on . Posted in Vaping News Electronic cigarettes are becoming more and more popular, both with smokers who are wishing to quit and smokers who dislike analog cigarettes but wish to continue exhaling something that closely resembles smoke.

While some are quick to jump headlong into new products and devices, there are others who wait for research on the the safety of these new devices before jumping on the bandwagon. Due to these concerns, many leading scientists and health experts around the world have researched the safety of ejuice, second-hand vapor, and the effectiveness of e-cigarettes as a smoking cessation device. Any updates to this article will be presented at the end of this article. FDA Commissioner Margaret A. Hamburg's Statement on the 50th Anniversary Surgeon General's Report on Smoking and Health. For Immediate Release: Jan. 17, 2014Media Inquiries: Jenny Haliski, 301-796-0776, jennifer.haliski@fda.hhs.gov Consumer Inquiries: 888-INFO-FDA FDA Commissioner Margaret A.

Hamburg's Statement on the 50th Anniversary Surgeon General's Report on Smoking and HealthA vision for a comprehensive tobacco control policy to end the tobacco epidemic The 50th anniversary of the release of the Surgeon General's Report on Smoking and Health is an opportunity to reflect on the important progress that has been made in tobacco control and to look ahead on addressing this critical public health issue. The Electronic Cigarette Industry Group, Inc.

Universal methods for testing electronic cigarettes have yet to be agreed upon by traditional organizations such as the International Standardization Organization (ISO), American National Standards Institute (ANSI), and the Cooperation Centre for Scientific Research Relative to Tobacco (CORESTA). 1471-2458-14-18.pdf. Become a CASAA Member. Join over 8,700* active CASAA members today by simply signing up for our free mailing list!

This will add you to our Constant Contact program database, enabling you to stay updated with the CASAA newsletter and other important information, such as Call to Action Alerts for your area! How to Sign Up Just click the blue "Sign Up Now" button below and fill out your full contact information, click the "CASAA Member" and the state boxes for which you would like to receive Local Alerts (under the Email Lists) and click the "Sign Up" button on the form below - it's that easy! (Can't see the button? Click here: Sign Up Now) Please remember that it is extremely important that we have your current and accurate contact information, in the event that important legislation or news occurs in your area.

While signing up, you can also sign up to be a Regional Representative (What's that?) Vapor. Send money online. Vaping Deals n Discounts. Photo Gallery. Lake Of Vape.

" 9 Laws of E-Cig Ettiquette - Ecig Advanced. E-Cigarette Jargon and Terms - eCig 101. You may have noticed this site tends to lean toward the hobbyist side of the e-cigarette world. With that comes a whole lot of jargon, terms and odd abbreviations. Heck, even with standard e-cigarettes, there’s still some lingo to get used to. As part of the occasional series, eCig 101 I figured why not explain some of these terms. What exactly does "IMR" mean? E-cigarettes (but not tobacco cigarettes) found safe for coronary circulation. The SteveVape Daily. The FDA and Electronic Cigarettes, a Timeline Part 1. The Food and Drug Administration and electronic cigarettes have a pretty long and storied history. I’ve commented about the FDA and its attempts to ban and demonize ecigs pretty extensively. FDA and NIH create first-of-kind Tobacco Centers of Regulatory Science.