Scientists discover whole new state of matter. Most people are familiar with some of the common states of matter: solids, liquids and gases. 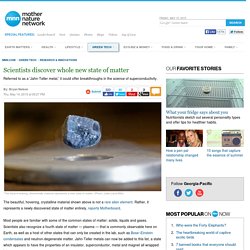 Scientists also recognize a fourth state of matter — plasma — that is commonly observable here on Earth, as well as a host of other states that can only be created in the lab, such as Bose–Einstein condensates and neutron-degenerate matter. Jahn-Teller metals can now be added to this list, a state which appears to have the properties of an insulator, superconductor, metal and magnet all wrapped into one. It's the material's superconductivity which might be the most interesting trait, however.

It has the potential to achieve superconductivity at a relatively high critical temperature ("high" as in -135 degrees Celsius as opposed to the sub -243.2 degrees Celsius required by many ordinary metallic superconductors), which is significant for the science of superconductivity. Lucis Trust -The Occult World Peace Plan.. The United Nations. CoPilot GPS - Free on-board maps & directions. BIG EASTER SALE -50% on Europe, World, Brasil or North America! 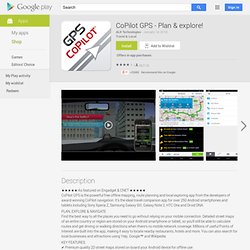 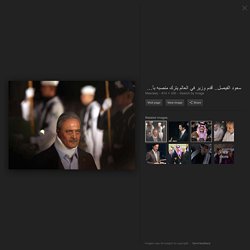 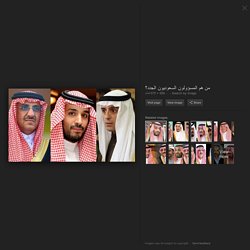 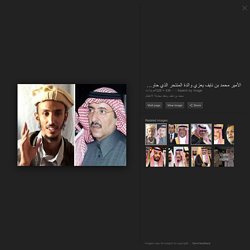 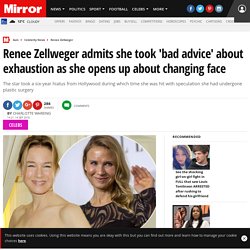 And Renee Zellweger has opened up about her return to the spotlight, addressing those plastic surgery rumours. Renee, 47, took a took a six-year hiatus from Hollywood, during which time she went back to school and 'enjoyed a sense of anonymity'. In 2014 she briefly stepped back into the spotlight for an appearance at Elle magazine’s Women In Hollywood Awards, where she shocked fans with her dramatic transformation and was subjected to speculation she had undergone plastic surgery. At the time she said: "I'm glad folks think I look different.

I'm living a different, happy, more fulfilling life, and I'm thrilled that perhaps it shows. "For a long time, I wasn't doing such a good job with that. "I kept running until I was depleted and made bad choices about how to conceal the exhaustion. " She appears on the cover of this week's issue with a fresh face and her blonde hair worn in bouncy waves. 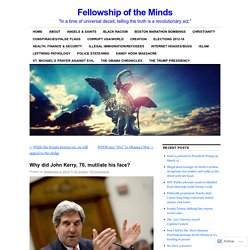 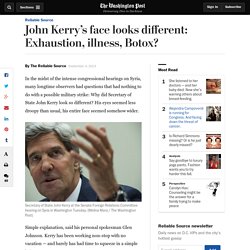