Redbox to cut HQ space, according to filing. Redbox Automated Retail plans to dramatically pare its Oak Brook Terrace headquarters space as it looks to cut costs and move more of its operations to Los Angeles. 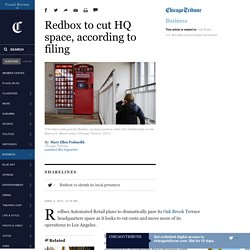 Redbox will give up more than 92,000 square feet of office space by July 2016, according to documents filed Monday with the Securities and Exchange Commission by Outerwall, Redbox's parent. In the filing, the company said the decision was part of its "ongoing cost-savings initiatives and the shift of additional functions to our Los Angeles, Calif., office to be closer to our studio partners. " Redbox's offices occupy more than 211,000 square feet in Oakbrook Terrace Tower under a lease set to expire in July 2021. At the end of 2014, Redbox had about 2,760 employees, compared with 2,900 employees at the end of 2013, according to its annual reports. 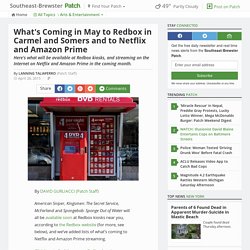 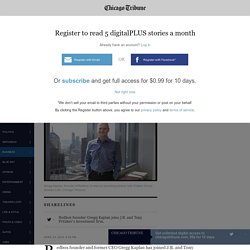 "On a pretty regular basis my kids would say things like, 'Think anybody will ever hire you again? ' " Kaplan, 45, joked of his children, ages 17, 14 and 11. " 'Are you ever going to get a job? Do you think anybody wants you? Stop being such a freeloader. "Obviously it was somewhat tongue-in-cheek. " Kaplan is engaged to Lindsay Avner, the founder and CEO of Chicago-based breast and ovarian cancer prevention group, Bright Pink. Redbox, Warner Bros. Announce New Agreement. SANTA MONICA, Calif., March 30, 2015 /PRNewswire/ -- Redbox® today announced a new agreement with Warner Bros. 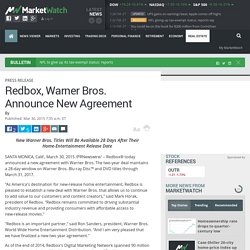 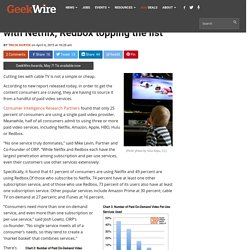 According to new report released today, in order to get the content consumers are craving, they are having to source it from a handful of paid video services. Consumer Intelligence Research Partners found that only 25 percent of consumers are using a single paid video provider. It's prime hiring season for Beach hospitality industry. Anthony Morales is entering a new phase in his life. 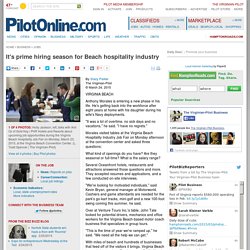 He's getting back into the workforce after eight years at home with his daughter during his wife's Navy deployments. "It was a lot of overtime, no sick days and no vacations," he said. "I have no regrets. " Morales visited tables at the Virginia Beach Hospitality Industry Job Fair on Monday afternoon at the convention center and asked three questions: What kind of openings do you have? Several Oceanfront hotels, restaurants and attractions answered those questions and more. "We're looking for motivated individuals," said Kevin Bryan, general manager at Motorworld. Over at Venture Tours Inc.' "This is the time of year we're ramped up," he said. Budget 2015 was a mixed bag for IT industry - Business Today- Business News. 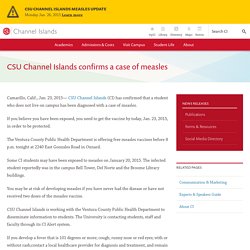 If you believe you have been exposed, you need to get the vaccine by today, Jan. 23, 2015, in order to be protected. The Ventura County Public Health Department is offering free measles vaccines before 8 p.m. tonight at 2240 East Gonzales Road in Oxnard. Some CI students may have been exposed to measles on January 20, 2015. The infected student reportedly was in the campus Bell Tower, Del Norte and the Broome Library buildings.

You may be at risk of developing measles if you have never had the disease or have not received two doses of the measles vaccine. Google discloses three severe vulnerabilities in Apple OS X - CNET. Researchers with Google's Project Zero security team say they've found three flaws with high severity that have yet to be patched. 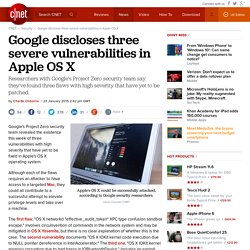 Google's Project Zero security team revealed the existence this week of three vulnerabilities with high severity that have yet to be fixed in Apple's OS X operating system. Although each of the flaws requires an attacker to have access to a targeted Mac, they could all contribute to a successful attempt to elevate privilege levels and take over a machine. The first flaw, "OS X networkd "effective_audit_token" XPC type confusion sandbox escape," involves circumvention of commands in the network system and may be mitigated in OS X Yosemite, but there is no clear explanation of whether this is the case. The second vulnerability documents "OS X IOKit kernel code execution due to NULL pointer dereference in IntelAccelerator.

" Each vulnerability, as with any disclosed by the Project Zero team, includes a proof-of-concept exploit.