Secretriver studyguide. Solomon Wiseman. Solomon Wiseman (1777-1838), merchant, born on 16 April 1777 in Essex, England, was a journeyman lighterman when convicted at the Old Bailey on 30 October 1805 of stealing from his employers 704 lbs (319 kg) of Brazil wood from a Thames lighter. 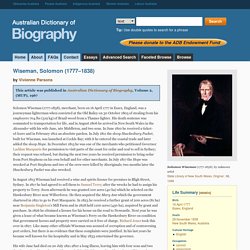 His death sentence was commuted to transportation for life, and in August 1806 he arrived in New South Wales in the Alexander with his wife Jane, née Middleton, and two sons. In June 1810 he received a ticket-of-leave and in February 1812 an absolute pardon. In July 1811 the sloop Hawkesbury Packet, built for Wiseman, was launched at Cockle Bay; with it he entered the coastal trade and later added the sloop Hope. In December 1815 he was one of the merchants who petitioned Governor Lachlan Macquarie for permission to visit parts of the coast for cedar and coal to sell in Sydney; their request was refused, but during the next two years he received permission to bring cedar from Port Stephens on his own behalf and for other merchants.

LEMA: Lachlan and Elizabeth Macquarie Archive. Theconversation. This article is the second in a series examining the links, problems and dynamics of writing, recording and recreating history, whether in fiction or non-fiction. 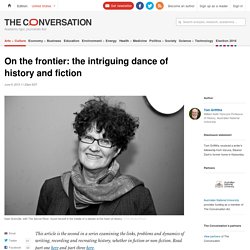 Read part one here and part three here. At the Brisbane Writers’ Festival some years ago, novelist Peter Carey responded to relentless historical questioning about his True History of the Kelly Gang (2000) by sinking in his chair and saying “I made it up”. But the thing is, he didn’t. As his title declares, Carey was playing a game with “truth”. The Strangeness of the Dance: Kate Grenville, Rohan Wilson, Inga Clendinnen and Kim Scott. The University of Sydney. By Louise Maral 29 August 2006 Kate Grenville's multi-award winning novel The Secret River would not have been written if she'd kept writing the non-fiction book about her convict-turned-settler ancestor, Solomon Wiseman.But when after several drafts she was still finding it hard to "bring the book to life", especially in the absence of records on what most interested her- Wiseman's interaction with indigenous Australians- she bit the bullet and switched to a novel. 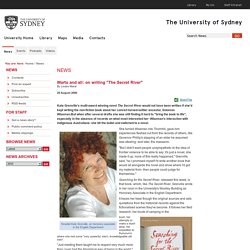 She turned Wiseman into Thornhill, gave him experiences fleshed out from the records of others, like Governor Phillip's slapping of an elder he assumed was stealing- and later, the massacre. "But I didn't want people unsympathetic to the idea of frontier violence to be able to say: it's just a novel, she made it up, none of this really happened," Grenville said, "so I promised myself I'd write another book that would sit alongside the novel and show where I'd got my material from- then people could judge for themselves.

" Camilla Nelson TEXT Vol 11 No 2. Abstract This paper examines the differences between historical and fictional representations of recognisable pasts, in an attempt to negotiate a critical and theoretical relationship between history and fiction. 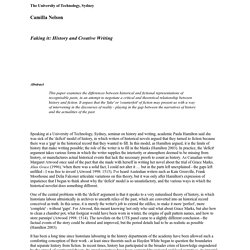 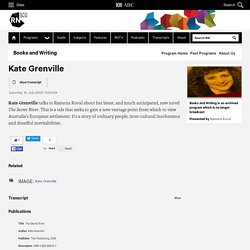 Kate's last novel was The Idea of Perfection, a love story about two shy and not conventionally attractive people in a small town, and it won for her the Orange Prize for Fiction in the UK. The Secret River ReadingGroupNotes. The Secret River (Thornhill Trilogy 1)Kate Grenville, 2006Canongate U.S.334 pp.ISBN-13: 9780802197795 Summary Winner, 2006 Commonwealth Writers Prize The Orange Prize–winning author Kate Grenville recalls her family’s history in an astounding novel about the pioneers of New South Wales. 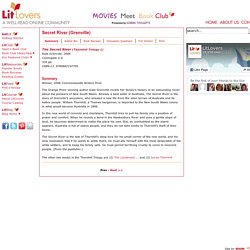 Already a best seller in Australia, The Secret River is the story of Grenville’s ancestors, who wrested a new life from the alien terrain of Australia and its native people. William Thornhill, a Thames bargeman, is deported to the New South Wales colony in what would become Australia in 1806. In this new world of convicts and charlatans, Thornhill tries to pull his family into a position of power and comfort. The Secret River: Readers' Notes. Along the veins of family story like a virus, the rumours about my great-great-great grandfather travelled for 200 years. 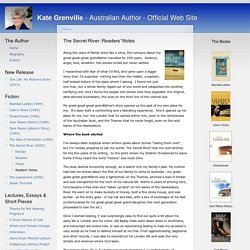 Violence, anger, love, ambition: the stories circled but never settled. I researched with fear of what I'd find, and came upon a bigger story than I'd expected: nothing less than the hidden, unspoken, half-erased history of the place where I belong. I found not just one man, but a whole family ripped out of one world and catapulted into another, terrifying one. Untitled. There are essentially two kinds of novel set in the past. 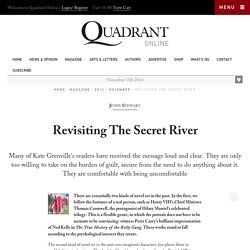 In the first, we follow the fortunes of a real person, such as Henry VIII’s Chief Minister Thomas Cromwell, the protagonist of Hilary Mantel’s celebrated trilogy. This is a flexible genre, in which the portrait does not have to be accurate to be convincing: witness Peter Carey’s brilliant impersonation of Ned Kelly in The True History of the Kelly Gang. These works stand or fall according to the psychological interest they create.