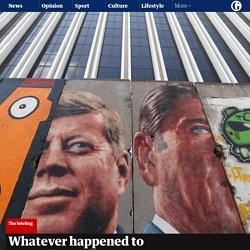 The Berlin Wall was built in 1961 to stop an exodus from the eastern, communist part of divided Germany to the more prosperous west. Between 1949 and 1961 more than 2.6 million East Germans, out of a total population of 17 million, had escaped. Many were skilled professionals and their loss was increasingly felt in the German Democratic Republic, or GDR, as it was called.

With the country on the edge of economic and social collapse, the East German government therefore made the decision to close the entire border, and erected the wall overnight, on 13 August 1961. It was often referred to by eastern authorities as the anti-fascist protection barrier, to protect East Germans from the west. How was it built? The concrete barrier, complete with 300 guard towers at regular intervals, was 96 miles in length and 13 feet high, though to start with it comprised temporary barriers of barbed wire coils. Nothing was allowed to stand in the way of the wall. Film list. Discover Prague From a Steam Train. The railway line between Prague's Smíchov and Řepy is rightly considered the most beautiful on the capital territory. 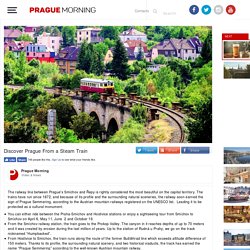 The trains have run since 1872, and because of its profile and the surrounding natural sceneries, the railway soon earned the sign of Prague Semmering, according to the Austrian mountain railways registered on the UNESCO list. Leading it to be protected as a cultural monument. You can either ride between the Praha-Smíchov and Hostivice stations or enjoy a sightseeing tour from Smíchov to Smíchov on April 6, May 11, June 2 and October 19. 22 amazing rooftop bars in London - Travel. This North American road trip keeps you in 70 degree weather for a year. 10 of the best eccentric attractions in Europe: readers’ travel tips. Winning tip: Theme park in a Transylvanian salt mine, Romania. 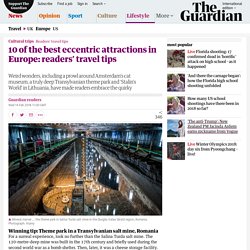 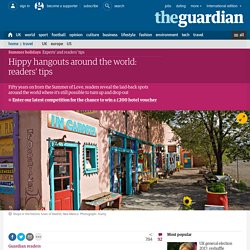 Top 10 things to do in Hội An, Vietnam. Vietnam’s former imperial capital, Huế, has the sights – temples, tombs and the Purple Forbidden City – but much of it was destroyed during the “American war” (from 1955 to 1975). 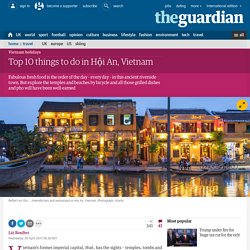 The ancient town of Hội An, 100km south, down the coast, is a much more beguiling place to spend a few days, with its lazy river lined with mustard-yellow merchants’ houses, and beaches a few kilometres away. It owes its wonderfully well-preserved state to the silting-up of the Thu Bồn river in the 19th century, which put an end to its importance as a trading post, but helped it escape modern development and US bombing. How to plan a post-Brexit holiday – from Serbia to the Lake District. Picking our way across the broken glass, we cross the beach to where the sea can just be seen, a distant grey smudge. 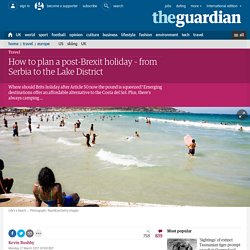 Dad puts up some stumps and we play cricket with a bald tennis ball. Nobody wins. Later on, the rain drives us into an abandoned bus shelter where we eat chips. There is no money for fish. Is that the British holiday of the future? 1 Simple Tip To Keep Ticks Off Of You All Summer Long - Useful Tips For Home. When winter is coming to a close and we are getting ready for the warmer weather, many of us look forward to heading outdoors and enjoying some sunshine. 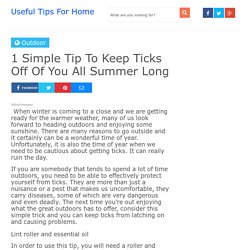 Can’t sleep on airplanes? These products and techniques can help. The rumble of a jet engine is a comforting sound to some air travelers, making it easy to sleep on virtually any flight. 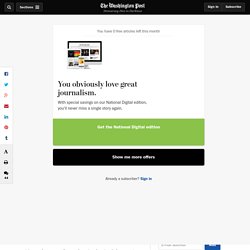 For others, just the thought of being trapped in a pressurized aluminum tube is enough to send massive doses of adrenaline into their bloodstreams, ensuring alertness for days. Pamela Wagner falls somewhere in the middle. Though not a white-knuckled flier, she says the noise makes rest impossible. “I’m used to super silence when I’m sleeping,” she says. “Not exactly what you get on a flight.”

True. Having a snooze on a plane is not getting any easier. Large And Beautiful Son Doong Cave In Phon Nha-Ke Bang, Vietnam. In the Vietnamese national park Phon Nha-Ke Bang, there sits a cave the likes of which have only ever been seen in fiction novels. 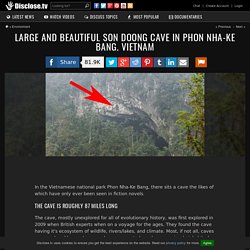 The cave is roughly 87 miles long The cave, mostly unexplored for all of evolutionary history, was first explored in 2009 when British experts when on a voyage for the ages. They found the cave having it's ecosystem of wildlife, rivers/lakes, and climate. Most, if not all, caves ever explored by modern man have proven to have been previously inhabited by earlier colonies. Call a Bike Berlin (An English Guide - Updated with iPhone App) One of the greatest ways to get around Berlin is by bike and Deutsche Bahn’s Call-a-Bike is a really convenient way of hiring one. 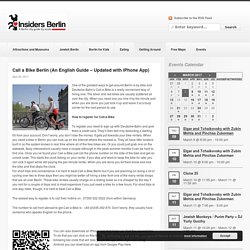 The silver and red bikes are usually scattered all over the city. When you need one you hire it by the minute and when you are done you just lock it up and leave it at a busy corner for the next person to use. How to register for Call-a-Bike To register you need to sign up with Deutsche-Bahn and give them a credit card. 10 of the best market restaurants in Barcelona. You’ve not really done Barcelona until you’ve ticked off a Gaudí or two, had some average tapas, watched stag and hen parties messily collide in the early hours – and visited a locals’ market where you will fall in love with the city. There are nearly 40 food markets here; almost every barrio (neighbourhood) has one. There are also loads of non-food markets. Each has its own character, reflecting its community, so a market trip is an excellent way of exploring the city beyond the Ramblas.

Staying in style in Barcelona. Barcelona: city of Gaudi, beaches and tapas. Charming but perhaps a little predictable. So Casa Bonay, a hotel, opened in Dreta de l’Eixample last March, that is also a restaurant, coffee shop, art gallery and social hub, is a breath of fresh air. A collaboration between 15 like-minded creative types in this neighbourhood just outside the old town, it will “fill some of the city’s gaps”, according to co-founder Inés Miro-Sans. An archway leads from the street into Casa Bonay’s living room-esque lobby and bar, called the Libertine. Costa Rica: ‘the most biologically intense place on Earth’