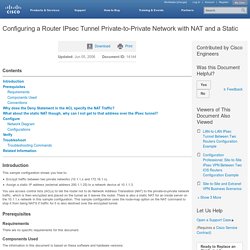 What are the pros and cons of a VPN for privacy. SSL VPN Security. Introduction In recent years, various virtual private network (VPN) technologies have been widely used to provide secure site-to-site connectivity and remote access. 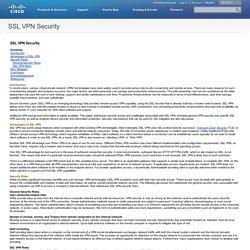 There are many reasons for such overwhelming adoption and business success; two major factors are total ownership cost savings and productivity enhancements. The total ownership cost can be considered as the initial deployment cost plus the cost of user training, support, and facility maintenance over time. Productivity enhancements can be measured in terms of tool effectiveness, user time savings, usability improvements, and user satisfaction. Secure Sockets Layer (SSL) VPN is an emerging technology that provides remote-access VPN capability, using the SSL function that is already built into a modern web browser. ▶ How (and why) to set up a VPN today. Marissa Mayer made Yahoo's VPN famous by using it to check on the work habits of her employees. 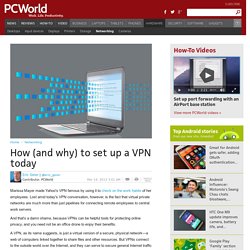 Lost amid today's VPN conversation, however, is the fact that virtual private networks are much more than just pipelines for connecting remote employees to central work servers. And that's a damn shame, because VPNs can be helpful tools for protecting online privacy, and you need not be an office drone to enjoy their benefits. A VPN, as its name suggests, is just a virtual version of a secure, physical network—a web of computers linked together to share files and other resources. But VPNs connect to the outside world over the Internet, and they can serve to secure general Internet traffic in addition to corporate assets. In fact, the lion's share of modern VPNs are encrypted, so computers, devices, and other networks that connect to them do so via encrypted tunnels.

3 Ways to Configure a VPN. To make a new vpn connection in your iOS device you need to do the next: 1. 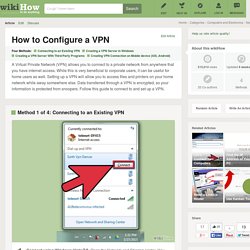 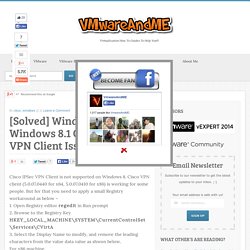 If you are having isues with Cisco IPSec VPN with Windows 8 & 8.1 use below workaround, After installation if require restart your machine. Cisco VPN Client - Products & Services. OpenVPN - Open Source VPN. What is Virtual Private Network (VPN)? Webopedia Definition. Main » TERM » V » By Vangie Beal VPN is pronounced as separate letters and is short for virtual private network. 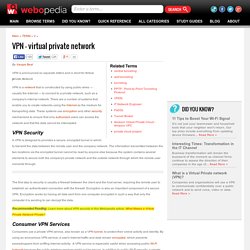 VPN is a network that is constructed by using public wires — usually the Internet — to connect to a private network, such as a company's internal network. There are a number of systems that enable you to create networks using the Internet as the medium for transporting data. These systems use encryption and other security mechanisms to ensure that only authorized users can access the network and that the data cannot be intercepted. VPN Security A VPN is designed to provides a secure, encrypted tunnel in which to transmit the data between the remote user and the company network. The first step to security is usually a firewall between the client and the host server, requiring the remote user to establish an authenticated connection with the firewall.

Recommended Reading: Learn more about VPN security in this Webopedia article, What Makes a Virtual Private Network Private? How To Set Up an OpenVPN Server on Ubuntu 14.04. Introduction Want to access the Internet safely and securely from your smartphone or laptop when connected to an untrusted network such as the WiFi of a hotel or coffee shop? 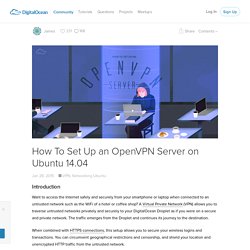 A Virtual Private Network (VPN) allows you to traverse untrusted networks privately and securely to your DigitalOcean Droplet as if you were on a secure and private network. The traffic emerges from the Droplet and continues its journey to the destination. When combined with HTTPS connections, this setup allows you to secure your wireless logins and transactions.