Opera Maker. Opera Maker. Alzheimer Experience. Creators being empowered to control their content monetization and their data. Frequently Asked Questions dotstudioPRO is free to sign up for and use. 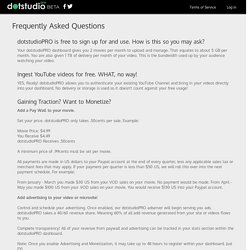 How is this so you may ask? Your dotstudioPRO dashboard gives you 2 movies per month to upload and manage. That equates to about 5 GB per month. You are also given 1 TB of delivery per month of your video. Ingest YouTube videos for free. YES, Really! Gaining Traction? Add a Pay Wall to your movie. Set your price. dotstudioPRO only takes .50cents per sale. Movie Price: $4.99 You Receive $4.49 dotstudioPRO Receives .50cents A minimum price of .99cents must be set per movie. Websites / Community — Webby Awards — People's Voice. Nieuwslab.be. 360 Degree Camera Guide · buzzfeed-openlab/big-picture Wiki. 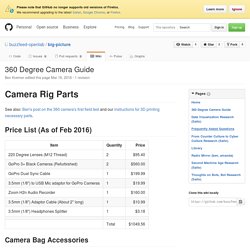 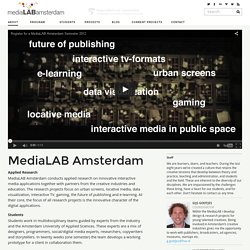 The research projects focus on urban screens, locative media, data visualization, interactive TV, gaming, the future of publishing and e-learning. At their core, the focus of all research projects is the innovative character of the digital applications. Students Students work in multidisciplinary teams guided by experts from the industry and the Amsterdam University of Applied Sciences. These experts are a mix of designers, programmers, social/digital media experts, researchers, copywriters and storytellers. In twenty weeks (one semester) the team develops a working prototype for a client in collaboration them. The team works four days a week in Studio HvA or at the client’s office. ‘Bovennatuurlijke’ virtual reality-ervaring op de smartphone. Levende rivier. 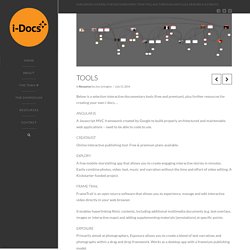 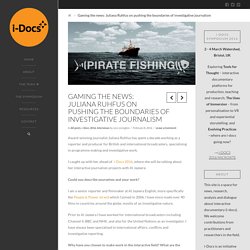 I caught up with her ahead of i-Docs 2016, where she will be talking about her interactive journalism projects with Al Jazeera: Could you describe yourselves and your work? I am a senior reporter and filmmaker at Al Jazeera English, more specifically the People & Power strand which I joined in 2006. I have since made over 40 films in countries around the globe, mostly of an investigative nature. Prior to Al Jazeera I have worked for international broadcasters including Channel 4, BBC and NHK, and also for the United Nations as an investigator. The way we tell stories «

Florian Thalhofer The way we tell stories Telling stories might not be the only way, how we make sense of the world, but it is for sure the most important one. 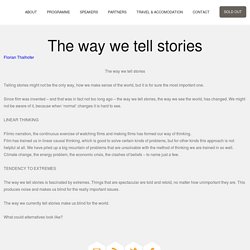 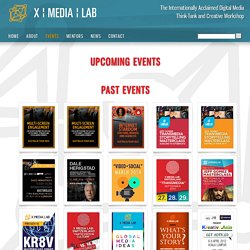 VR storytelling blog #2 — How to make your story relevant to VR — HackaStory Playgrounds. There will always be exceptions to the rule, but in general ignoring the specific aspects of VR might not be a good thing. 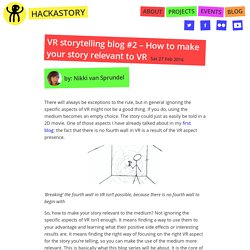 If you do, using the medium becomes an empty choice. The story could just as easily be told in a 2D movie. The Whale Hunt / A storytelling experiment / by Jonathan Harris. Jheronimus Bosch - de Tuin der Lusten.

How Long is a Minute 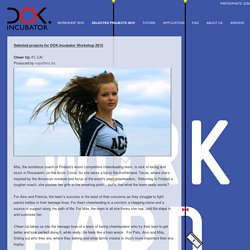 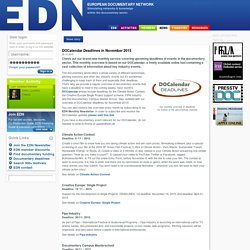 This monthly overview is based on our DOCalendar, a freely available online tool containing a vast collection of information about key industry events. Our monthly overview of deadlinesfor events of the documentary industry The documentary world offers a whole variety of different workshops, pitching sessions and other doc industry events but it's sometimes challenging to keep track of them and especially their deadlines. Webdocs for social change. Original text written by Carles Sora for CCCB LAB Blog (2014) and republished with permission. Women’s Liberation March, London, 1979. Source: Tony Hall. Ramillas. Curso nuevas narrativas doc interactivo transmedia. Ramillas. Find your people. Participation Fee. The full programme is a three x four days workshop (all attached to a one-day inspirational digital conference), to be held in Leuven, Belgium from Wednesday 6th to Saturday 9th of May (Docville), 2015; Malmö, Sweden from Thursday 20th to the Sunday 23rd of August 2015 (The Conference) and London, United Kingdom from the 23rd of October to the 26th of October 2015 (Mozfest).

The participation fee per individual participant amounts 1.250 euro to enter the whole series of the three international training sessions. Each workshop concentrates on a different production phase: 1) Story Booster (Leuven, BE) 2) Design Booster (Malmö, SW) 3) Code Booster (London, UK). If you join ! FLab with a team, the second team member pays a tuition fee of 850 euro to enter the full series of the three international workshops.

Fusion's New Interactive Project Tells The Story Of Unrelenting Street Harassment. In 2012, Brooklyn artist Tatyana Fazlalizadeh launched Stop Telling Women To Smile, a traveling art series that addresses street harassment with portraits of women speaking in captions aimed directly at offenders. Last fall, Fusion's digital voices and storytelling editor and Jezebel founder Anna Holmes commissioned Fazlalizadeh to take the project where it had never been—outside the U.S., to the streets of Mexico City, where a Fusion crew followed the artist through her process of listening and creating. The result is "All the Time. Montana Spray Paint Tips and Techniques. TinEye Reverse Image Search.

Night. Bomber (King of Rotterdam) [HD Graffiti Film] You searched for egg - The Plaid Zebra. The Story Studio - Storytelling Workshops New York City, NY. What Can We Learn About Storytelling from over 50 Examples of Doors in Films? Doors. They're so ubiquitous in our everyday lives that it's easy to be unaware of just how big of a role they can play in storytelling. They can act as barriers, pathways, and visual representations of the relationship between two characters, something video essayist Darren Foley of Must See Films explores in yet another excellent cinematic study.

The name of the game in film is "show, don't tell. " So, the more tools you know you have at your disposal within your diagesis, the better -- and doors are certainly things you shouldn't overlook. Amsterdam Filmschool. The Artist’s Way in Den Haag. Dutch Filmers Academy. - Training op Maat - Video en Film Opleidingen. Interviewtechniek - Specialisatie - Video en Film Opleidingen. Digital Documentary in the Age of the Internet. In the last 20 years, new media technologies have transformed the documentary film.

Just as innovative modes of production, online distribution, and exhibition have fundamentally changed documentary practice, dynamic forms of documentary have had a profound influence on how people view their local community and the broader world around them. This course explores how prominent filmmakers, public television stations, international activist and human rights groups, and amateur videomakers have made use of and shaped today’s rapidly changing documentary formats. We will examine works by Errol Morris, Laura Poitras, and Oliver Stone, Witness and HBO, Vice, citizen journalists, and the New York Times. While positioning documentaries within a broader social and technological context will be crucial for our study, we will always remain attentive to form and style. An 8-12 page final paper is required.