AVEDICA Neutraceuticals, Inc. - A California Non-Profit Corporation. StateWide Collective. Legal CBD Hemp Oil Update, Hope on the way, my recent findings - Cyclic Vomiting Syndrome Message Board. Hmmmm........so after a bit of research, current climate feels pretty shady to me. totally to be expected. in regards to some of the brands mentioned: I would seek out a good high CBD oil in a state like co or wa. derived from cannabis and not industrial hemp. gives me great hope though, we are almost there. has Smoke said what "brand" he used? 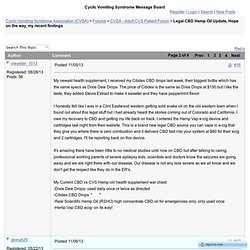 I didn't see a reference but might have missed it. some interesting comments from Tamar Wise, former science director at Dixie, the manu of Dew Drops. "I'm tired of so called CBD companies claiming that what they provide is medicine. Anyone using a CBD from hemp product please be aware of what you are actually getting b/c it is not what you think. And with that being said, the work that The Realm of Caring is doing should be commended. "Tamar Wise Hello everyone, I just wanted to make a quick clarification. 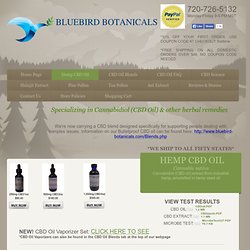 Hemp (as opposed to marijuana) is usually ideal for cannabidiol (CBD oil) extractions as it is naturally high in CBD and low in THC, making it superior to most high-THC marijuana strains as far as cannabidiol (CBD) content is concerned. The hemp we use is grown in the U.K., on family farms in countries where it is legal to do so, and is done under the regulations of the governing bodies in those countries. Bluebird Botanicals CBD Hemp Oil. Products & Reviews. Project CBD is an educational service. 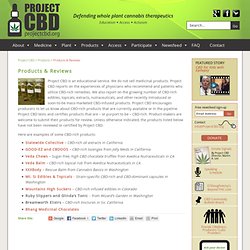 We do not sell medicinal products. Project CBD reports on the experiences of physicians who recommend and patients who utilize CBD-rich remedies. We also report on the growing number of CBD-rich edibles, topicals, extracts, nutraceuticals, and other recently introduced or soon-to-be mass-marketed CBD-infused products. Project CBD encourages producers to let us know about CBD-rich products that are currently available or in the pipeline. Project CBD tests and certifies products that are – or purport to be – CBD-rich. Project CBD. Project CBD > Conditions > Migraine Migraine Share this: Featured Story CBD for Kids with Epilepsy Free newsfeed sign-up Contact info@ProjectCBD.org Donate Smoke Signals. 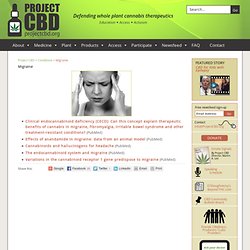 Find A Medical Marijuana Dispensary Or Delivery Service In California. California is the birth place of medical marijuana programs in America. 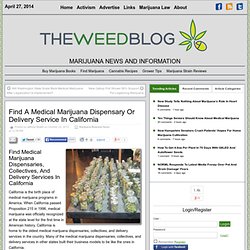 Showthread. These are people who TRIED what I was talking about on ic. 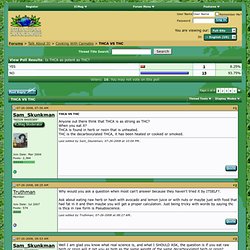 I know you're going to find a way to discredit them also but just something for others to view BTW, notice how all three were using different forms of cannabis such as raw and not concentrated, kief, and hashish: Jon:"Just try it. It's something about the avocado and herb together. I had some really bad arthritic pain so I took half a gram of herb, grounded and mixed with a half of an avocado with some lemon squeezed into it ate it and was lit.

" British_Bulldog:"Well, I tried eating about a quarter of a gram of top quality commercial hash last night with an avocado. It wasn't exactly a scientific test, because I'd already had a pizza, which although Italian and with less cheese than an American pizza, it had fat from the cheese and also probably some extra virgin olive oil in there too. lol" FrankRizzo:"I added a few grams of keif to a similar guac recipe I make. Anyway, have fun doing things your way. Understanding Cannabis: Part 4 – THCA - CannLabs. THCA is also known as Tetrahydrocannabinolic acid or 2-COOH-THC. 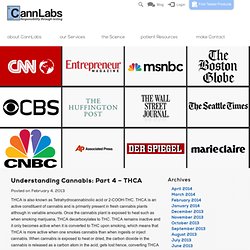 THCA is an active constituent of cannabis and is primarily present in fresh cannabis plants although in variable amounts. Once the cannabis plant is exposed to heat such as when smoking marijuana, THCA decarboxylates to THC. THCA remains inactive and it only becomes active when it is converted to THC upon smoking, which means that THCA is more active when one smokes cannabis than when ingests or inject cannabis. When cannabis is exposed to heat or dried, the carbon dioxide in the cannabis is released as a carbon atom in the acid, gets lost hence, converting THCA to THC that possess the psychoactive effects of cannabis.

Part of the Plant That Tetrahydrocannabinolic Acid Comes From THCA is present in the stem, leaves and flowers of young cannabis plant, biosynthesized by grandular trichomes, stored outside the cells and once the leaves and buds are dried, heated or evaporated, the THCA becomes active by converting to THC. Realm of Caring - Home. Realm of Caring Comes to California  By Fred Gardner There is a point at which a story achieves critical mass —it goes from being a matter of interest to a fraction of the public to one that everyone’s talking about, inescapable in the media. 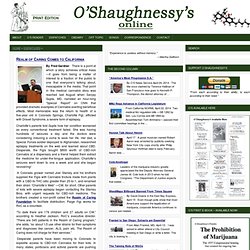 That point in the medical cannabis story was reached last August when Sanjay Gupta, MD, narrated an hour-long “Special Report” on CNN that provided dramatic examples of Cannabis exerting beneficial effects. Most memorable was the return to health of a five-year old in Colorado Springs, Charlotte Figi, afflicted with Dravet Syndrome, a severe form of epilepsy. Charlotte’s parents told Gupta how her condition worsened as every conventional treatment failed. She was having hundreds of seizures a day and the doctors were considering inducing a coma to save her life. Her dad, a Special Forces soldier deployed to Afghanistan, researched epilepsy treatments on the web and learned about CBD. Ray Mirzabegian seemed, to your correspondent, completely sincere and likable. P.S.