26 Years of Growth: Shanghai Then and Now — In Focus — The Atlantic. Reuters photographer Carlos Barria recently spent time in Shanghai, China, the fastest-growing city in the world. 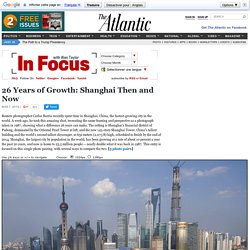 A week ago, he took this amazing shot, recreating the same framing and perspective as a photograph taken in 1987, showing what a difference 26 years can make. The setting is Shanghai's financial district of Pudong, dominated by the Oriental Pearl Tower at left, and the new 125-story Shanghai Tower, China's tallest building and the world's second tallest skyscraper, at 632 meters (2,073 ft) high, scheduled to finish by the end of 2014. Shanghai, the largest city by population in the world, has been growing at a rate of about 10 percent a year the past 20 years, and now is home to 23.5 million people -- nearly double what it was back in 1987.

This entry is focused on this single photo pairing, with several ways to compare the two. [3 photo pairs] How the NYC subway compares to London, Tokyo and Shanghai. What is the world's largest subway system? 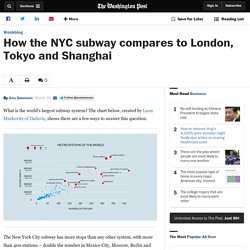 The chart below, created by Leon Markovitz of Dadaviz, shows there are a few ways to answer this question. The New York City subway has more stops than any other system, with more than 400 stations – double the number in Mexico City, Moscow, Berlin and Tokyo. When it comes to total length, however, the Shanghai Metro wins as the world’s longest. 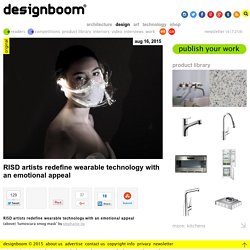 What we tell ourselves with our body language: Amy Cuddy at TEDGlobal 2012. Snap judgements of others Amy Cuddy starts by asking us to pay attention to what we’re doing with our bodies. 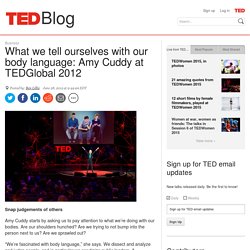 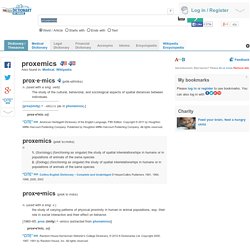 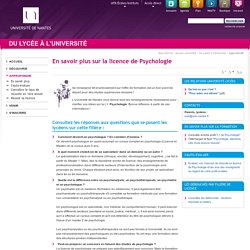 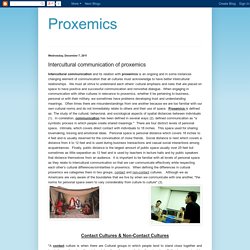 We must all strive to understand each others' cultural emphasis and rules that are placed on space to have positive and successful communication and nonverbal dialogue. When engaging in communication with other cultures in relevance to proxemics, whether it be pertaining to business, personal or with their military, we sometimes have problems developing trust and understanding meanings. Often times there are misunderstandings from one another because we are too familiar with our own cultural norms and do not immediately relate to others and their use of space.

Proxemics is defined as: The study of the cultural, behavioral, and sociological aspects of spatial distances between individuals (1). Nonverbal Communication - Proxemics. Languageand Communication within the Culture. Overview: Apart from verbal-language communication, there is another important communication that occurs which is identified as non-verbal language. 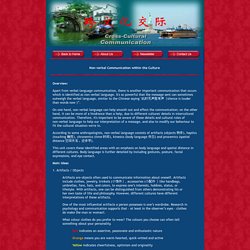 It's so powerful that the message sent can sometimes outweigh the verbal language, similar to the Chinese saying "此时无声胜有声（silence is louder than words now )”. On one hand, non-verbal language can help smooth out and effect the communication; on the other hand, it can be more of a hindrance than a help, due to different cultures' details in intercultural communication. About Proxemics Design Studio. Our team involves qualified and expert professionals equipped with architectural expertise and management skills, inherent streak of innovation, time-conscious planning & execution of projects, and highly evolved skill in property management, who share a common objective to provide you the best you can possibly get in terms of living experience. 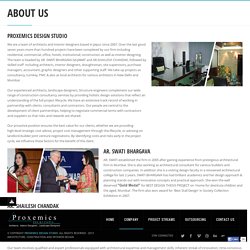 We assure and ascertain on transparency and customer service in terms of Pains taking in Quality of construction as if you would build your own home by yourself which reflects in attention to every detail and cost-effective prices. Building picturesque settings where luxury meets convenience. Credence to create 'Home' part of your neighborhood and in the neighborhoods that create your 'Community'. Location of 'North East homes' is an ideal choice for those looking for a clean and pollution free neighborhood. 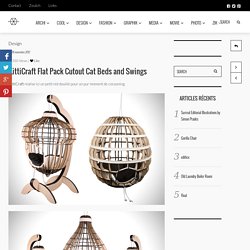 The Proxemic Project. Innovative Reading cum relaxing booth type wooden chair enclosed with fabric cushion. GroupLab - Projects » ProjectProxemicInteraction. In the everyday world, much of what we do is dictated by how we interpret spatial relationships. This is called proxemics. What is surprising is how little spatial relationships are used in interaction design, i.e., in terms of mediating people’s interactions with surrounding digital devices such as digital surfaces, mobile phones, and computers. LA 274 Project 2 - Testing Proxemics and Territoriality at Iowa State University. Cocoon Concept. Reading Nook with Colorful Design Concept - Decoration Channel. Reading nook is a room or part of the name of our house is quite interesting to be applied. Although not all homes has a reading nook but actually precisely with this angle could give us more benefit.

Psychosociologie des espaces, Fisher. Sdf et citadin dans l'espace public Rouay Lambert. Chair Wear By Bernotat&Co. Chair wear ou l’art de donner un supplément d’âme à ses assises. 2012-InformingProxemicDesign.IEEEPervasive.pdf. Proxemics. Episode 3: Proxemics, the Art of Being Close Enough - Echelon Design, Inc. (Adam Voss) Now as much as I enjoy performing and be out in public, every once in a while I encounter someone who makes me feel uncomfortable when I'm speaking them. It's that unmistakable awkwardness of being just a little too close. Have you ever had a similar experience? It's that very phenomenon that was the critical plot driver in the infamous Seinfeld episode known as "The Close Talker". Proxemics, Personal Space and Territory. [To Enlarge Image: Right Click + View Image] I’ve always found the study of proxemics rather interesting.

The idea that body spacing and posture acting as unintentional reactions to sensory fluctuations or shifts is intriguing from a design standpoint. According to Edward T. Place, space, and everything in between: The use of Proxemics in Branding. Place, space, and everything in between: The use of Proxemics in BrandingBy Gavin Johnston, Two West Chief Anthropologist Over the years the world of marketing and branding has come a long way in understanding how color and images combine to shape the brand experience, and the importance of considering these points when dealing with an array of cultural norms and expectations. We know red is an auspicious color in China, but is often interpreted as being too aggressive and agitating in the US. Creative & Modern Office Designs Around the World - Hongkiat. Gone are the days when offices were typically cubicle, surrounded by white walls and lit by white fluorescent lights.

Thanks to corporate giants like Google and Pixar that have demonstrated tremendous success despite their unconventional workplaces, more people are embracing the idea that creative work environment helps stimulate minds and inspire innovation. From simply ditching the crisp white walls for graphical wallpapers to a total overhaul of the office layout, we are all trying to break the mold and introduce a unique working environment to the team, and hopefully inspire some genius ideas along the way.