Tangible Information: The word "Conspiracy Theory" was invented by CIA. Ripley's believe it or not ... 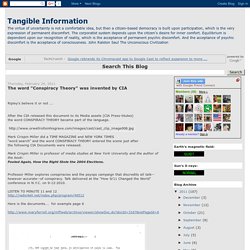 After the CIA released this document to its Media assets (CIA Press-titutes)the word CONSPIRACY THEORY became part of the language. Mark Crispin Miller did a TIME MAGAZINE and NEW YORK TIMES"word search" and the word CONSPIRACY THEORY entered the scene just after the following CIA Documents were released. Mark Crispin Miller is professor of media studies at New York University and the author of the book: Fooled Again, How the Right Stole the 2004 Elections. Professor Miller explores conspiracies and the psyops campaign that discredits all talk--however accurate--of conspiracy. Talk delivered at the "How 9/11 Changed the World" conference in N.Y.C. on 9-12-2010. LISTEN TO MINUTE 11 and Here is the documents... for example page 6 Countering Criticism of the Warren Report released declassified 18 dec 1998 jfk chief 53 pages nosenko yuri DATE 4 January 1967 Attachment 2Dispatch: Comments on RFK Assassination, Garrison Case; 19 July 1968 1. 2. 3.

A. B. 4. A. B. C. D. E. French Police Commissioner Suicided After Attempting To Issue Murder Warrant Against President Obama and the CIA. An absolutely stunning Foreign Intelligence Service (SVR) report circulating in the Kremlin today appears to show why all top US officials failed to join their counterparts in Paris yesterday who marched in solidarity against the Charlie Hebdo Massacre as it reveals a top French police commissioner was “suicided” within hours of his attempting to obtain a European Arrest Warrant for President Barack Obama and other as yet unnamed American leaders. 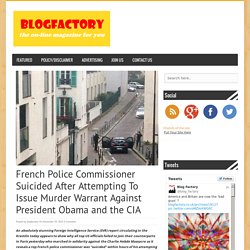 According to this report, French police Commissioner Helric Fredou was tasked immediately after the 7 January Charlie Hebdo Massacre with the examination of documents contained in a small backpack found in the getaway car used by the killers Saïd and Chérif Kouachi, and which contained the driver’s license/identity card of Saïd. But to who the real terrorist fanatics are, however, and according to the esteemed antiwar American author Justin Raimondo, one needs look no further than the corridors of Washington D.C., and of which he states: PREPARING THE WTC FOR DESTRUCTION - Conspiracy Cafe. What are the odds that an avant garde Austrian art group was given access to the 91st floor of the North Tower of the World Trade Center to remove windows, erect platforms outside the structure and leave material that could only be viewed by a close passing helicopter on a clear day? 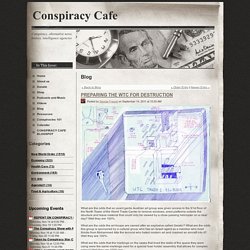 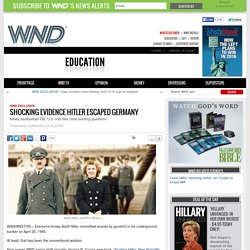