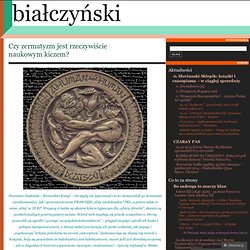 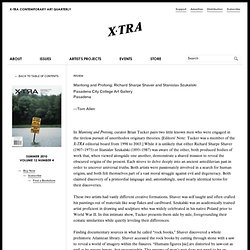 [Editors’ Note: Tucker was a member of the X-TRA editorial board from 1998 to 2003.] While it is unlikely that either Richard Sharpe Shaver (1907–1975) or Stanislav Szukalski (1893–1987) was aware of the other, both produced bodies of work that, when viewed alongside one another, demonstrate a shared mission to reveal the obscured origins of the present. Each strove to delve deeply into an ancient antediluvian past in order to uncover universal truths. Both artists were passionately involved in a search for human origins, and both felt themselves part of a vast moral struggle against evil and degeneracy. 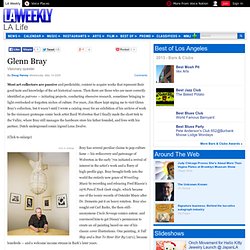 Then there are those who are more correctly identified as patrons — initiating projects, conducting obsessive research, sometimes bringing to light overlooked or forgotten niches of culture. SZUKALSKI SHOW AT THE LAGUNA ART MUSEUM. The great artist and kook, Stanislav Szukalski will finally receive the honor he deserves. 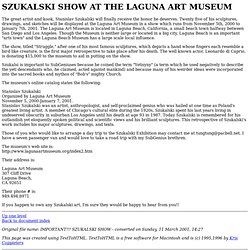 Twenty five of his sculptures, drawings, and sketches will be displayed at the Laguna Art Museum in a show which runs from November 5th, 2000 to January 7th, 2001. The Laguna Art Museum is located in Laguna Beach, California, a small beach town halfway between San Diego and Los Angeles. Though the Museum is neither large or located in a big city, Laguna Beach is an important "arts town" and the Laguna Beach Museum has a large scale local influence. The show, titled "Struggle," after one of his most famous sculptures, which depicts a hand whose fingers each resemble a bird like creature, is the first major retrospective to take place after his death.

Behold, Szukalski. OPEN LETTER TO THE PROVIDENTIAL MAN, HIS HOLINESS THE POPE JOHN PAUL II. The proverbial comet did not slash across the heavens when a little boy, Lolek, was born in Wadowice, Poland. 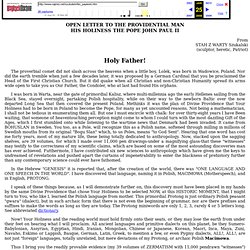 Nor did the earth tremble when just a few decades later, it was proposed by a German Cardinal that you be proclaimed the Head of the First Christian Church. But it did quake when all Christian and non-Christian Humanity spread its arms wide open to take you as Our Father, the Condoler, who at last had found His orphans. Szukalski’s Science of Zermatism « Unurthed. Eight illustrations by Stanislav Szukalski from Behold!!! 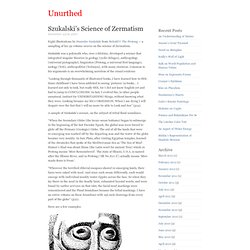 The Protong — a sampling of his 39 volume oeuvre on the science of Zermatism. Szukalski was a polymath who, over a lifetime, developed a science that integrated singular theories in geology (cyclic deluges), anthropology (universal pictographs), linguistics (Protong, a universal first language), zoology (Yeti), anthropolitics (Yetinsyn), with many etceteras. Common to his arguments is an overwhelming accretion of the visual evidence. “Looking through thousands of illustrated books, I have learned how to SEE. Since childhood I have been addicted to seeing ‘pictures’ in books… I learned not only to look, but really SEE, for I did not know English yet and had to jump to CONCLUSIONS. Gigantopithecus. Gigantopithecus (from the Ancient Greek γίγας gigas "giant", and πίθηκος pithekos "ape") is an extinct genus of ape that existed from perhaps nine million years to as recently as one hundred thousand years ago,[1] in what is now Nepal, China, India, and Vietnam, placing Gigantopithecus in the same time frame and geographical location as several hominin species.[2] The fossil record suggests that individuals of the species Gigantopithecus blacki were the largest apes that ever lived, standing up to 3 m (9.8 ft), and weighing up to 540 kg (1,190 lb).[1][3][4] Fossils[edit] The first Gigantopithecus remains described by an anthropologist were found in 1935 by Ralph von Koenigswald in an apothecary shop. 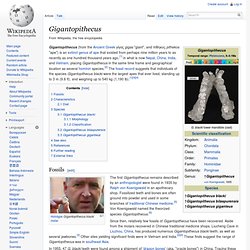 Fossilized teeth and bones are often ground into powder and used in some branches of traditional Chinese medicine.[5] Von Koenigswald named the theorized species Gigantopithecus.[6] Wyszukana antropologia polityczna. When ancient Greece found a substitute for the petroglyphic Art of scratching on rocks and cave walls, we gained the Art of vase painting as a means of relating the old legends and myths to the nation. 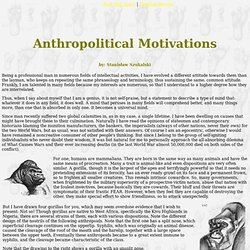 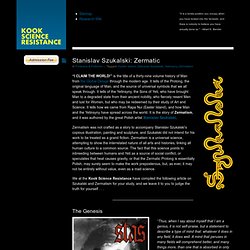 Is the title of a thirty-nine volume history of Man from the Global Deluge through the modern age. It tells of the Protong, the original language of Man, and the source of universal symbols that we all speak through.