A Cry Through Darkness

A Cry Through Darkness

TheShipsList: Passengers, Ships, Shipwrecks. There's a Plan To Rebuild the Colossus of Rhodes. History, Travel, Arts, Science, People, Places. I'm new to this and I'm trying to figure out which vital records are needed to satisfy the requirements of a genealogical group (Order of Descendants of Pirates and Privateers). More info in comments. : Genealogy. James Bowie. James "Jim" Bowie (pronounced /ˈbuːiː/ BOO-ee[1] or /ˈboʊ.i/ BO-ee;[2][3] c. 1796 – March 6, 1836) was a 19th-century American pioneer, who played a prominent role in the Texas Revolution, culminating in his death at the Battle of the Alamo. 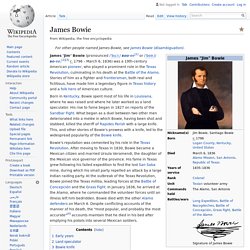 Stories of him as a fighter and frontiersman, both real and fictitious, have made him a legendary figure in Texas history and a folk hero of American culture. Born in Kentucky, Bowie spent most of his life in Louisiana, where he was raised and where he later worked as a land speculator. His rise to fame began in 1827 on reports of the Sandbar Fight. Ancient Mesopotamian Gods and Goddesses - Enlil/Ellil (god) Enlil was one of the supreme deities of the Mesopotamian pantheon. 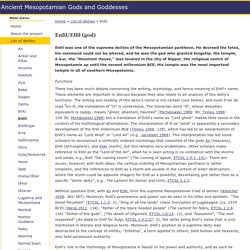 He decreed the fates, his command could not be altered, and he was the god who granted kingship. His temple, é-kur, the "Mountain House," was located in the city of Nippur, the religious centre of Mesopotamia up until the second millennium BCE. His temple was the most important temple in all of southern Mesopotamia. Functions. Lilith. By Alan G. 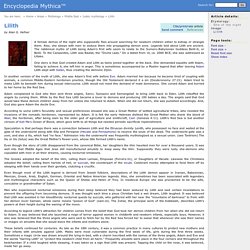 Hefner A female demon of the night who supposedly flies around searching for newborn children either to kidnap or strangle them. Also, she sleeps with men to seduce them into propagating demon sons. Legends told about Lilith are ancient. A Pirate Surgeon in Panama—Vol. 2, No. 2—The Appendix. A photo taken from a dugout canoe in the San Blas islands, where Lionel Wafer returned to his English crewmates after being adopted into a Kuna Indian tribe. 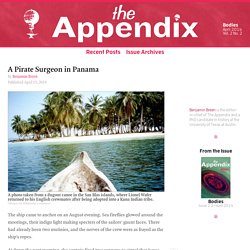 Olosipu via Wikimedia Commons The ship came to anchor on an August evening. 4,000-Year-Old Royal Tomb Unearthed in Egypt. Spanish archaeologists say they have unearthed a 4,000-year-old tomb littered with human remains in the Egyptian city of Luxor, from a time when pharaohs reunified ancient Egypt. 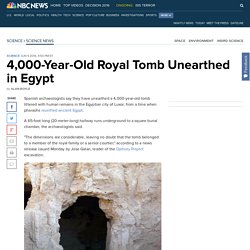 A 65-foot-long (20-meter-long) hallway runs underground to a square burial chamber, the archaeologists said. "The dimensions are considerable, leaving no doubt that the tomb belonged to a member of the royal family or a senior courtier," according to a news release issued Monday by Jose Galan, leader of the Djehuty Project excavation. Galan said the tomb in the Dra Abu Naga necropolis dates back to the 11th Dynasty, roughly 2125 to 1991 B.C. During that time period, Upper and Lower Egypt were united under pharaonic rule from the ancient city of Thebes, which has given way to modern-day Luxor. Studying the tomb and its contents could provide fresh insights into the era. El Ñáñigo: A Spirit Dancer of a Secret Society—Vol. 2, No. 2—The Appendix. 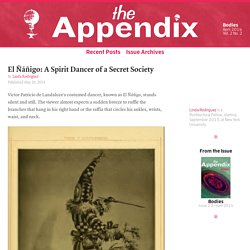 The viewer almost expects a sudden breeze to ruffle the branches that hang in his right hand or the raffia that circles his ankles, wrists, waist, and neck. Landaluze’s depiction of El Ñáñigo. Víctor Patricio de Landaluze Tipos y costumbres de la isla de Cuba (1881) The rigid pose belies how the ñáñigo, also known as an íreme (spirit dancer), vigorously moves during the ceremonies of the Abakuá society, an all-male system of lodges established in 1836 in Cuba, inspired by the “leopard societies” of the Cross River region of Old Calabar. Forty-five years later, the Spanish artist Victor Patricio de Landaluze represented the ñáñigo as part of his volume that cataloged social “types” particular to Cuba. Stephan Palmié, “Ecué’s Atlantic: An Essay in Methodology,” Journal of Religion in Africa 37, no. 2 (April 1, 2007): 288. A Mysterious Sound Is Driving People Insane — And Nobody Knows What's Causing It. Dr. 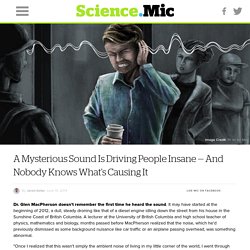 Glen MacPherson doesn't remember the first time he heard the sound. Oak Island Money Pit - The Last Great Unsolved Mystery. Philippine Folk Tales by Mabel Cook Cole. Notes These are the notes as they originally appeared in their entirety albeit with new numbering. 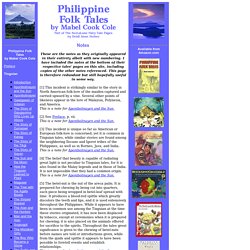 I have included the notes at the bottom of their respective tales' pages on this site, including copies of the other notes referenced. This page is therefore redundant but still hopefully useful in some way. [1] This incident is strikingly similar to the story in North American folk-lore of the maiden captured and carried upward by a vine. Napoleonsphinx. On the Absinthe Trail. Mosaics Revealed at Alexander the Great-Era Tomb.

New photographs of the burial mound complex at the Kasta Hill site at Amphipolis — built during the time of Alexander the Great – show traces of a blue fresco on a wall and a stunning mosaic floor. 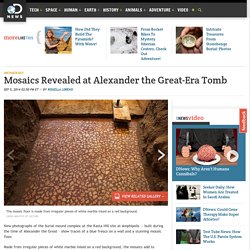 Made from irregular pieces of white marble inlaid on a red background, the mosaics add to previous discoveries made by Katerina Peristeri, the archaeologist in charge of the dig, and her team. The findings include beams decorated with embossed rosettes, a pebbled floor decorated with black and white, diamond-shaped pieces, and a couple of headless and wingless seated sphinxes. 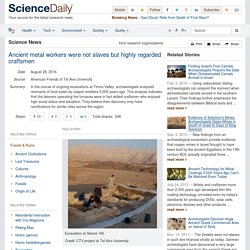 In 1934, American archaeologist Nelson Glueck named one of the largest known copper production sites of the Levant "Slaves' Hill. " This hilltop station, located deep in Israel's Arava Valley, seemed to bear all the marks of an Iron Age slave camp -- fiery furnaces, harsh desert conditions, and a massive barrier preventing escape. New evidence uncovered by Tel Aviv University archaeologists, however, overturns this entire narrative. Statues of Caryatid Maidens Found in Greece's Amphipolis Tomb. Archaeologists have unearthed two sculpted female figures, known as Caryatids, as they slowly make their way into an ancient tomb recently discovered in Greece's northeast, the country's culture ministry said on Sunday. They mark a significant new finding in the tomb on the Amphipolis site, which archaeologists have hailed as a major discovery from the era of Alexander the Great. Voodoo in New Orleans. Investigative Files Joe Nickell Skeptical Inquirer Volume 26.1, January / February 2002 New Orleans has been declared America’s most haunted city (Klein 1999, 104), and tour guides-following the imaginative lead of Anne Rice-have attempted to overlay it with bogus legends of vampires and other spine-tingling notions.

But perhaps the city’s oldest and most profound occult traditions are those involving the mysterious practices of voodoo. During a southern speaking tour I was able to set aside a few days to explore the New Orleans museums, shops, temples, and tombs that relate to this distinctive admixture of religion and magic, commerce and controversy. History of American Women: Marie Laveau. Voodoo Queen of New Orleans Marie Laveau (1794–1881) was a Louisiana Creole: descended from the colonial white settlers, black slaves and free people of color of southern Louisiana. For several decades this 'Voodoo Queen' held New Orleans spellbound. She staged ceremonies in which participants became possessed by loas (Voodoo spirits); she dispensed charms and potions, even saving several condemned men from the gallows; told fortunes and healed the sick.