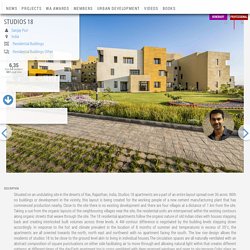 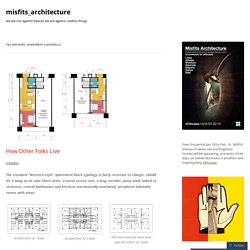 LMvdR hit it bang on at Lake Shore Drive. Central access core, a long corridor, party walls linked to structure, central bathrooms and kitchens mechanically-ventilated, peripheral habitable rooms with views. from a 1957 marketing brochure openable windows. ARCHI-TECTONICS - Home. NOTES ON BECOMING A FAMOUS ARCHITECT. Snøhetta's tilted zero energy house completed in norway. Dec 16, 2014 snøhetta's tilted zero energy house completed in norway snøhetta’s tilted zero energy house completed in norwayphoto © bruce damonteall images courtesy of snøhetta in a continued effort to produce ecologically conscious structures, the research center on zero emission buildings and design office snøhetta partnered up to develop a pilot house near the norwegian town of larvik. now completed, the dwelling serves as a platform for assisting knowledge of ‘plus houses’, which produce more energy than they use. the demonstration residence’s distinctive tilt towards the southeast instigates its environmental performance, with a sloped roof surface clad in photovoltaic panels. the solar energy collectors are complemented by geothermal wells on the site, resulting in a total gain able to service the house with surplus to power an electric car year-round. for more information on the ZEB pilot house, see here for our previous article prior to the dwelling’s completion. 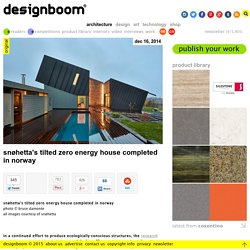 Home - DMAA. The Berlage. BLOG - architectural rendering and illustration blog. Shiro Studio. Shiro Studio is a London based design practice established by Andrea Morgante in 2009, committed to the creation of unique architecture and objects. 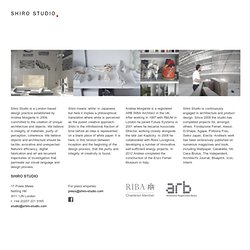 We believe in integrity of materials, purity of perception, coherence. We believe objects and architecture should be tactile, evocative and unexpected. Nature's efficiency, digital fabrication and art are recurrent trajectories of investigation that permeate our visual language and design process. Residenze Hadid - CityLife. Citylife residences by Zaha Hadid Architects. Façade Renovation “Suites Avenue Apartment”  The façade design was inspired by Gaudi’s work and mimic the ocean waves. 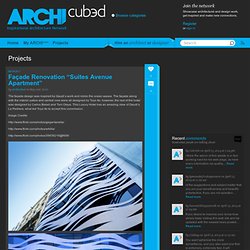 The façade along with the interior patios and central core were all designed by Toyo Ito, however, the rest of the hotel was designed by Carlos Bassó and Toni Olaya. This Luxury Hotel has an amazing view of Gaudi’s La Pedrera, what led Toyo Ito to accept this commission. Image Credits. Origami Instructions - Instructions on How to Make Origami.

Vue xStream 2014. Pre-Design Tasks. Iam Architect Magazine. LAPTOUCH , new vision at laptop design. Architecture schools, Architecture school, Architecture online schools LAPTOUCH , new vision at laptop design…. designed by Amir Labidi Description by iam architect Designers are people, who they use their laptop to create, design and make products and services, but anyone did think at the ergonomic facts and the scope of material needed to produce a magnificent design project. 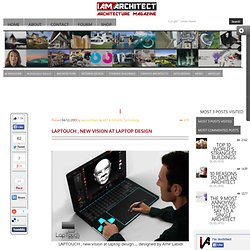 Touchlap is a computer designed specifically for designers, by a designer, to facilitate their tasks, works and minimize the desktop congestion. The laptop is equipped with a large touch pad, which also can serves as a graphic tablet, and it contains scroll/zoom buttons, with sensor creativity don’t need to press buttons anymore, juste scoll and zoom with a simple touch. The computer screen is rotatable and reversible, with a simple gesture, you can close the computer and put the screen in the opposite direction, with this option, the user can use his jewel as a true touch screen tablet. 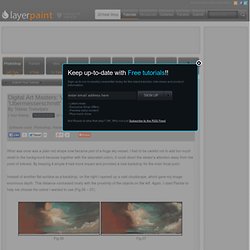 I had to be careful not to add too much detail to the background because together with the saturated colors, it could divert the viewer's attention away from the point of interest. By keeping it simple it had more impact and provided a nice backdrop for the main focal point. Instead of another flat surface as a backdrop, on the right I opened up a vast cloudscape, which gave my image enormous depth. This distance contrasted nicely with the proximity of the objects on the left. Again, I used Painter to help me choose the colors I wanted to use (Fig.06 – 07). Fig.06. Sketching from the Imagination. An exclusive selection of awe-inspiring concept designs and sketches from some of the world's most talented artists. 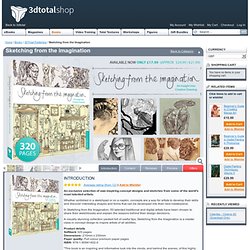 Whether scribbled in a sketchpad or on a napkin, concepts are a way for artists to develop their skills and discover interesting shapes and forms that can be developed into their next masterpiece. In Sketching from the Imagination, 50 talented traditional and digital artists have been chosen to share their sketchbooks and explain the reasons behind their design decisions. 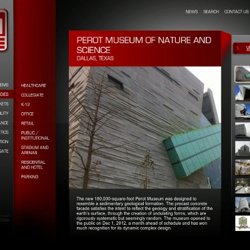 The precast concrete facade satisfies the intent to reflect the geology and stratification of the earth’s surface, through the creation of undulating forms, which are rigorously systematic but seemingly random. The museum opened to the public on Dec 1, 2012, a month ahead of schedule and has won much recognition for its dynamic complex design. Some free high resolution textures.. Mark Fenton Design Services LTD - Examples. Photographer Gives Greek Sculptures a Hipster Makeover Using Photoshop. Rather than clothe the statues with the fashion of ancient Greece, Caillard decided to mix the old with the new. 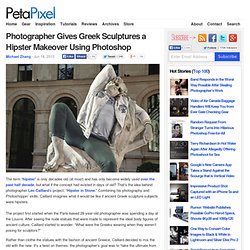 It’s a twist on themes: the photographer’s goal was to “take the ultimate from the Classic world and add a modern, contemporary twist with cropped pants, Ray Bans, plaid shirts, and the icon becomes iconic.” Creating the ‘shopped images in the series was no easy task. Caillard first photographed the statues himself, and then found models who had similar body shapes. BIMES. BIMES. GRAPHISOFT Official Blog, makers of ArchiCAD BIM Software. Arquitecturama.MX. ArchiCAD in the Blogosphere. Archiblog Diseñadero (in Spanish) The aim of this blog is to keep ArchiCAD users up-to-date and help them maximize the use of this tool by improving their skills.

Cross-Pollinated Software Tactics Bridge Architecture and Automotive Design ~ DesignDaily Network. Masters of surface modeling, the two architects behind Gage / Clemenceau show off the possibilities of next-generation visualization and modelling software, Alias Studio, in their proposal for the Estonian Academy of Arts. Though normally used in the automobile industry, experimental use of the software allows for the creation of an intricate facade that contains a “rich lacework of architectural scale,” allowing students and faculty to “engage with their context by looking in and out in a new way.” The architects teamed up with Autodesk to experiment with the software, resulting in a cross-pollination of automotive and architectural design tactics.