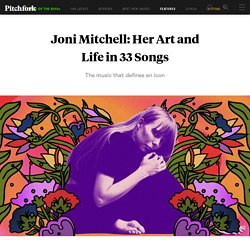 Young stands in the spotlight with the Band’s Robbie Robertson and Rick Danko; grinning like fools, they look like they’re in on some off-topic joke. Mitchell, on the other hand, is serious, listening intently. Her features are obscured in shadow, the clean lines of her long neck and strong chin reinforcing the posture that always makes her seem to be bound skyward, like an egret. Life, Liberty, and the Pursuit of Happiness: A Conversation With Lana. If you’re happier these days, what do you think when you hear an old lyric from an old record, like, “He hit me and it felt like a kiss,” from “Ultraviolence”? 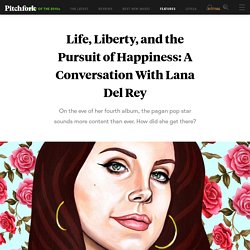 I don’t like it. I don’t. I don’t sing it. I sing “Ultraviolence” but I don’t sing that line anymore. Having someone be aggressive in a relationship was the only relationship I knew. Now you want to present a different face to the world on Lust for Life? Please, Listen to Everything CupcakKe Is Saying - DJBooth. “And most people already skipped this song 'cause it ain't about sex and killin'” —CupcakKe, “Self Interview” Let's call this one the misreporting of CupcakKe, the Chicago rapper being undersold by the press. 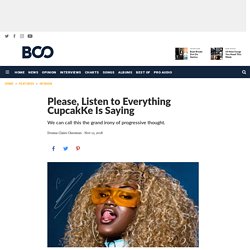 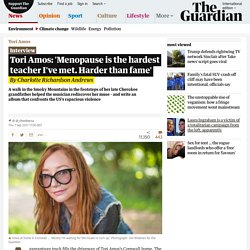 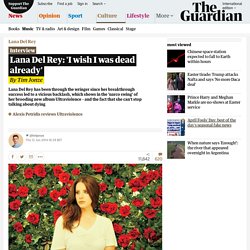 She has been talking about the heroes she and her boyfriend share – Amy Winehouse and Kurt Cobain among them – when I point out that what links them is death and ask if she sees an early death as glamorous. "I don't know. Ummm, yeah. " And then the death wish. Tori Amos: 'Anything is easier to talk about in music than in conversation' You've composed the music for a new musical, The Light Princess, at the National Theatre. 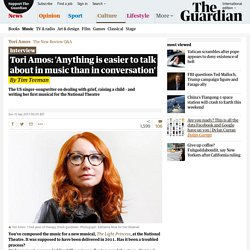 It was supposed to have been delivered in 2011. Has it been a troubled process? It's been great, are you kidding? The princess floats around the stage: that took time to work out. Nick Hytner [director of the National Theatre] said to me: "The hardest form to achieve on stage is a good musical. Where did the plot come from? You grew up in Maryland where your dad was a pastor: it sounds very religious.There was a certain way to behave in the 1960s in a minister's family. Rapper cupcakKe is storming hip-hop’s male-controlled bastion - Livemint. 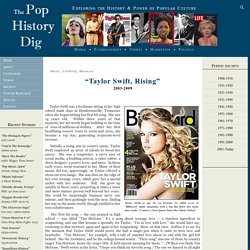 Taylor Swift was a freshman sitting in her high school math class in Hendersonville, Tennessee when she began writing her first hit song. She was 14 years old. Within three years of that moment, her net worth began building to the tune of tens-of-millions-of-dollars. After her first headlining concert tours in 2009 and 2010, she became a top star, generating corporate-level revenue. Initially a rising star in country music, Taylor Swift employed an array of talents to boost her career. Cover Story: The Reinvention of Taylor Swift - Rolling Stone. Kesha Shares The Stories Behind Every Song On 'Rainbow' : All Songs Considered.

Kesha is back after five years with Rainbow, released Aug. 11. 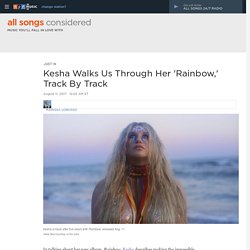 Olivia Bee/Courtesy of the artist hide caption toggle caption Olivia Bee/Courtesy of the artist In talking about her new album, Rainbow, Kesha describes making the impossible possible with boundless optimism — like ending up with collaborators from her "wildest of dreams," from the kinds of secret aspirations you're too scared to say aloud. (This includes a duet with Dolly Parton, guitar solos from Eagles Of Death Metal and a horn section courtesy of the Dap-Kings). Of course, it's a little disingenuous to see Rainbow (which was released Friday) only in the light of dreams come true.

"This whole album, for me, really is a healing album," she says. When we asked Kesha to take us through Rainbow track by track, it was clear she didn't want to rehash the deeply personal issues that have plagued her over the last few years. Vigier Del Ray Clean Final 18 nov 123. Pretty When You Cry. A few months ago, an unfamiliar man working in my office came up to me and said, "Why don't you give us a smile, honey? 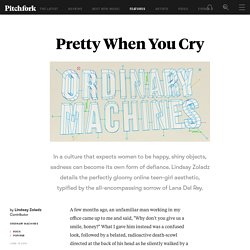 " What I gave him instead was a confused look, followed by a belated, radioactive death-scowl directed at the back of his head as he silently walked by a few of my male colleagues on his way to the door. No one's default facial expression is a smile when staring at a computer screen; anyone who has ever opened PhotoBooth by accident and been unexpectedly greeted with their cow-eyed "I am on the internet" face knows this to be true.

But, as the unimaginative cat-caller’s refrain of smile for me, baby too frequently reminds us, society would still prefer women to lacquer on a happy face. Well into the 21st century—in the professional sphere as on the street—too many people expect women to be warmly smiling Stepford Wives emanating sunbeams from their every pore. Lana Del Rey Talks 'Lust For Life', Avoiding Cultural Appropriation, And Getting Political. For six years now Lana Del Rey has attracted and foiled critics with pop music that does not sound like any of her peers. 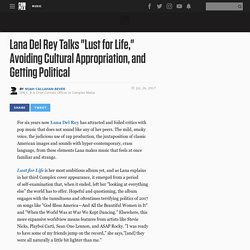 The mild, smoky voice, the judicious use of rap production, the juxtaposition of classic American images and sounds with hyper-contemporary, crass language, from these elements Lana makes music that feels at once familiar and strange. Lust for Life is her most ambitious album yet, and as Lana explains in her third Complex cover appearance, it emerged from a period of self-examination that, when it ended, left her "looking at everything else" the world has to offer. Hopeful and questioning, the album engages with the tumultuous and oftentimes terrifying politics of 2017 on songs like "God Bless America—And All the Beautiful Women in It" and "When the World Was at War We Kept Dancing.

" Beyoncé et le trou noir de la pop. TOP 10 SYNTHWAVE ALBUMS OF 2015 TOP 10 SYNTHWAVE ALBUMS OF 2015— NewRetroWave. I’ve never felt the need to spell it out so far in my reviews, but I belong to the school of thought that music reviews are inescapably both objective and personal affairs. And nowhere has this been proven better so far than with this summer’s Timecop1983 LP. Released right around the time my grandma died and during my summer holiday in Barcelona, it served as a perfect backdrop to the sun-bathed emotional rollercoaster that played out that month. Adele interview: world exclusive first interview in three years. When she was ten-years-old, Adele's granddad died.