The Clash Over Libya. The Clash Over Libya Russia’s Ambivalent Libya Policy Is Stuck between the International Mainstream and Its Non-Interference Doctrine By Tom BalmforthRussia Profile03/21/2011 The Russian Foreign Ministry on Sunday condemned air strikes on Libya mandated by a UN resolution, despite the fact that Russia abstained from the vote. 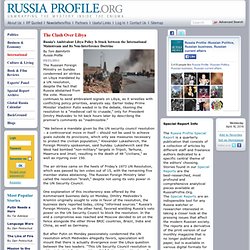 Moscow continues to send ambivalent signals on Libya, as it wrestles with conflicting policy priorities, analysts say. Earlier today Prime Minister Vladimir Putin waded in to the debate, likening the resolution to a “medieval call to crusade,” only for President Dmitry Medvedev to hit back hours later by describing the premier’s comments as “inadmissible.” "We believe a mandate given by the UN security council resolution – a controversial move in itself – should not be used to achieve goals outside its provisions, which only see measures necessary to protect the civilian population," Alexander Lukashevich, the Foreign Ministry spokesman, said Sunday. Add to blog. La Russie observe l’intégration économique dans le monde arabe. Russia’s challenge to America’s Middle East diplomacy. By Patrick Seale The defeat of US President Barack Obama by Israel’s Prime Minister Benyamin Netanyahu on the question of West Bank settlements has delivered a shock to the international system. 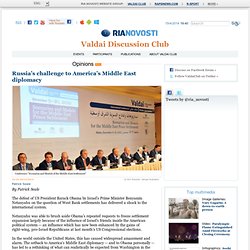 Netanyahu was able to brush aside Obama’s repeated requests to freeze settlement expansion largely because of the influence of Israel’s friends inside the American political system -- an influence which has now been enhanced by the gains of right-wing, pro-Israel Republicans at last month’s US Congressional elections. The Iran Primer. What is the Saudi arms deal really about? - By Dov Zakheim. It is widely believed that the massive $60 billion U.S. arms deal with Saudi Arabia is directed against Iran. 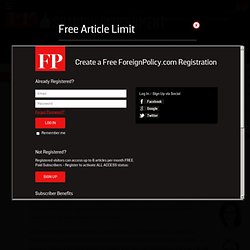 After all, Israel did not object to the deal. As one analyst told China's Xinhua News Agency, Jerusalem, of all places, was simply adhering to the ancient principle of: "My enemy's enemy is my friend. " It is indeed possible that the deal -- which includes up to 84 new F-15s, upgrading of Riyadh's current force of 70 F-15s, and up to 1,000 so-called "bunker buster" bombs -- is meant to enhance the Saudi deterrent against Iran. Russian government funds select Islamic schools to stem radicalism. Medvedevs Visit to Syria. Dmitry Medvedev's visit to on May 10-11 was the first by a Russian president; President Asad has already visited three times (January 2005, December 2006, and August 2008).

During the visit, agreements on aviation, scientific and information technology cooperation, tourism, and the environment were signed, as was a memorandum regarding cooperation between the two countries’ chambers of commerce. The leaders discussed infrastructure projects in energy, and Middle East political affairs, such as the peace process, , , and , were also on the agenda. In addition, the parties agreed to establish a committee to promote expanded strategic cooperation. During his visit, Medvedev met with Hamas leader Khaled Mashal (whom he met in three months earlier) and even raised the issue of releasing Israeli soldier Gilad Shalit. What to Read on Syrian Politics. To most Americans, Syria is a dark and unfamiliar place. 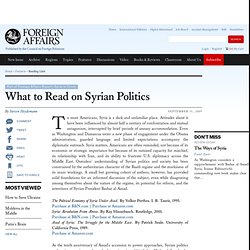 Attitudes about it have been influenced by almost half a century of confrontation and mutual antagonism, interrupted by brief periods of uneasy accommodation. Even as Washington and Damascus enter a new phase of engagement under the Obama administration, guarded language and limited expectations accompany the diplomatic outreach. Syria matters, Americans are often reminded, not because of its economic or strategic importance but because of its outsized capacity for mischief, its relationship with Iran, and its ability to frustrate U.S. diplomacy across the Middle East. Outsiders' understanding of Syrian politics and society has been constrained by the authoritarian character of the Baath regime and the murkiness of its inner workings.

The Political Economy of Syria Under Asad. WHY SAUDI ARABIA DOES NOT SUPPORT A STRIKE ON IRAN « The Race fo. We are pleased to publish this post from our friend and colleague, Jean-François Seznec, whom we consistently find to be a uniquely insightful analyst of the intersection of politics, economics, and energy in the Middle East. 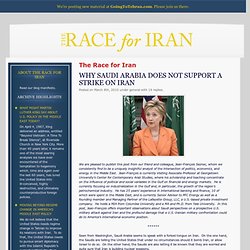 Jean-François is currently Visiting Associate Professor at Georgetown University’s Center for Contemporary Arab Studies, where his scholarship and teaching concentrate on the influence of political and social variables in the Gulf on financial and energy markets. He is currently focusing on industrialization in the Gulf and, in particular, the growth of the region’s petrochemical industry. He has 25 years’ experience in international banking and finance, 10 of which were spent in the Middle East, and is currently Senior Advisor to PFC Energy as well as a founding member and Managing Partner of the Lafayette Group, LLC, a U.S.

-based private investment company. He holds a MIA from Columbia University and a MA and Ph.D. from Yale University. The Middle East in Global Perspective. The Middle East has long been a regional battlefield of competing interests among the great powers. 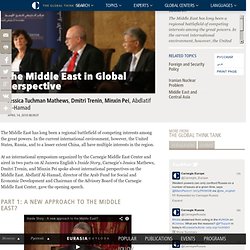 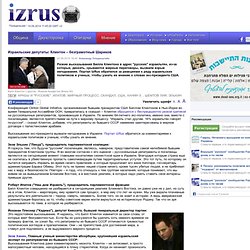