Plumbing History thePlumber.com. Planet Plotting. Happening upon this video advert for a $330,000 watch that has all the planets rotating in real-time, I thought about older artifacts with similar purpose. 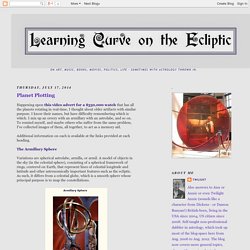 I know their names, but have difficulty remembering which is which. I mix up an orrery with an armillary with an astrolabe, and so on. To remind myself, and maybe others who suffer from the same problem, I've collected images of them, all together, to act as a memory aid. Additional information on each is available at the links provided at each heading. The Armillary Sphere. Vertical-Axis Wind-Turbines Might Increase Wind Power Output. The remote Alaskan village of Igiugig—home to about 50 people—will be the first to demonstrate a new approach to wind power that could boost power output and, its inventors say, just might make it more affordable. 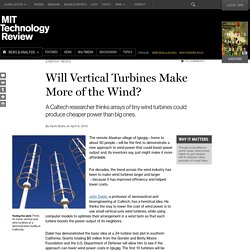 For decades, the trend across the wind industry has been to make wind turbines larger and larger—because it has improved efficiency and helped lower costs. John Dabiri, a professor of aeronautical and bioengineering at Caltech, has a heretical idea. He thinks the way to lower the cost of wind power is to use small vertical-axis wind turbines, while using computer models to optimize their arrangement in a wind farm so that each turbine boosts the power output of its neighbors.

Dabiri has demonstrated the basic idea at a 24-turbine test plot in southern California. Can we grow a stronger-than-steel 'wonder material' to save the world? It’s stiffer than Kevlar, thinner than paper, and in a few years, it may be mass-produced using only sunlight and water. 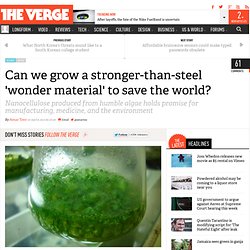 Scientists in the US this week announced a new, and potentially groundbreaking method for producing nanocellulose — a so-called "wonder material" derived from tree fiber that could be used to create ultra-thin displays, lightweight body armor, and a wide range of other products. Their key ingredient? Algae. "one of the most important discoveries in plant biology" Dr. At the core of Brown's research is a family of bacteria that produce vinegar, Kombucha tea, and nata de coco. Tableau de bord DR400-180 interactif. On distingue désormais 2 types de tableaux de bord, les traditionnels (ci-dessous) et les “Glass Cockpits” modernes (ci-contre). 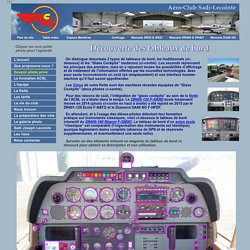 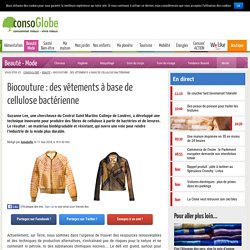 Le résultat : un matériau biodégradable et résistant, qui ouvre une voie pour rendre l’industrie de la mode plus durable. US Military Leadership: Treasonous or just Corrupt and Incompetent? So, my take on this issue is actually more extreme than the headline of the article that inspired it, which is pretty rare for me. 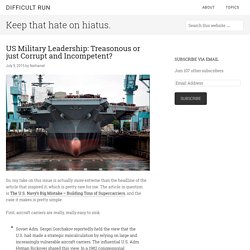 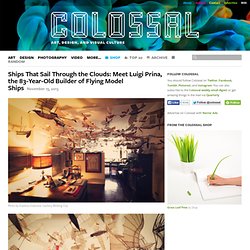 When he went to collect the prize money the organizers asked the boy why his father couldn’t come and collect it himself. Nearly fifty years later the now successful architect met a painter and boat builder named Eugenio Tomiolo and while they were talking made a bet that perhaps Prina could take one of his small model ships and make it fly like an airplane. Tomolio accepted and it wasn’t long before a small flying boat was whirring in circles around his small studio that coincidentally had clouds painted on the ceiling.

The folks over at Blinking City along with photographer Gianluca Giannone recently sat down with the model building for this beatiful photo essay and video. Windships_a_guide_to_riding_the_sky. Ships of ASOIAF. The Flying Car That Could Expedite Your Morning Commute. An artist’s rendering of the TF-X in flight. 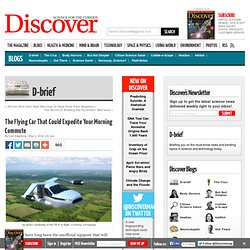 Courtesy Terrafugia Flying cars have long been the unofficial signpost that will mark our entrance into The Future. Now, it appears, that key moment could be soon approaching. Flying car prototypes are nothing new. The U.S. Fully Loaded The developers are the same MIT alumni that developed the Transition car-plane, which still requires a 1,700-foot runway to take to the skies.

The TF-X is designed to seat four passengers, fit inside a standard single-car garage, travel 500 miles on one trip, and reach speeds of 200 miles per hour, according to specifications listed on the Terrafugia website. And fortunately for future airborne commuters, the TF-X would feature automatic systems that avoid mid-air collisions, detect bad weather, and automatically implement an emergency auto-land procedure if the driver becomes unresponsive.