A genre of science fiction that has a historical setting, often an alternate history set during the 1800's and typically features steam-powered and clockwork inventions and machines. All these books can be found in our school library.

The Peculiar. Critical Praise “Bachmann’s prose is beautiful, and his story is swift, strong, and entertaining. 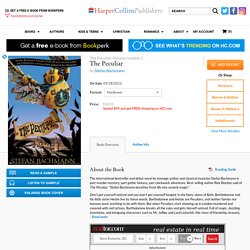 Highly recommended. I can’t wait to see what Bachmann writes next.” — CHRISTOPHER PAOLINI, #1 New York Times bestselling author of Eragon (The Inheritance Cycle) “Stefan Bachmann’s sparkling debut is sure to get a lot of well-deserved notice. He breathes fresh life into ancient magic.” — RICK RIORDAN, #1 New York Times bestselling author of The Kane Chronicles and Percy Jackson and The Olympians “Polished and fun to read…Bachmann’s steampunk fairy tale…recalls Dostoevsky, Dickens, and more recent classics, such as J. “Richly realized . . . accomplished … This is a story young fantasy buffs are sure to enjoy.” — The New York Times Book Review “Imaginative, highly descriptive writing . . .

“An absolute treat for readers of any age.” — Publishers Weekly (starred review) Stormdancer. The Shima Imperium verges on collapse. 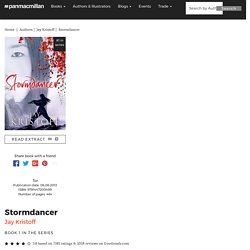 Land and sky have been poisoned by clockwork industrialisation, the Lotus Guild oppresses the populace and the nation’s Shogun is lost to his thirst for power. Yukiko and her warrior father are forced to hunt down a griffin at the Shogun’s command. But any fool knows griffins are extinct – and death will be the price of failure. 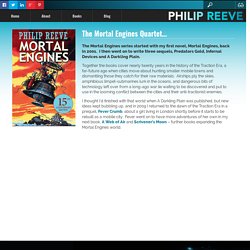 I then went on to write three sequels, Predators Gold, Infernal Devices and A Darkling Plain. Together the books cover nearly twenty years in the history of the Traction Era, a far-future age when cities move about hunting smaller mobile towns and dismantling those they catch for their raw materials. Airships ply the skies, amphibious limpet-submarines lurk in the oceans, and dangerous bits of technology left over from a long-ago war lie waiting to be discovered and put to use in the looming conflict between the cities and their anti-tractionist enemies. I thought I’d finished with that world when A Darkling Plain was published, but new ideas kept bubbling up, and in 2009 I returned to the dawn of the Traction Era in a prequel, Fever Crumb, about a girl living in London shortly before it starts to be rebuilt as a mobile city.

The Traitor and the Thief. By Gareth Ward A thief, a spy and a steampunk showdown at Traitor's Gate! 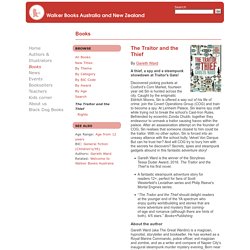 Discovered picking pockets at Coxford’s Corn Market, fourteen year old Sin is hunted across the city. Caught by the enigmatic Eldritch Moons, Sin is offered a way out of his life of crime: join the Covert Operations Group (COG) and train to become a spy. At Lenheim Palace, Sin learns spy craft while trying not to break the school’s Cast-Iron Rules. Clockwork Angel. Clockwork Angel 1THE DARK HOUSE Beyond this place of wrath and tears. 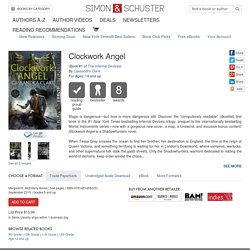 Everland. Blaze of Glory. Initially when writing The Laws of Magic I had the firm idea of writing a fantasy set in a time other than what has become the standard fantasy setting – the quasi-mediaeval Northern European scenario that abounds. 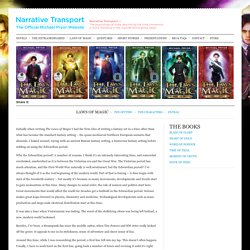 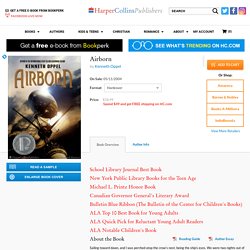 We were two nights out of Sydney, and there'd been no weather to speak of so far. I was keeping watch on a dark stack of nimbus clouds off to the northwest, but we were leaving it far behind, and it looked to be smooth going all the way back to Lionsgate City. Like riding a cloud. . . . Matt Cruse is a cabin boy on the Aurora, a huge airship that sails hundreds of feet above the ocean, ferrying wealthy passengers from city to city. The Girl in the Steel Corset. Boneshaker. Fever Crumb. Worldshaker. The Hunchback Assignments. Steampunk! - science fiction. Steampunk is hot at the moment in literature, art and fashion: This collection taps into the ethos without ever seeming topical or transient, thanks to contributions rich with much more than just steam and brass fittings. . . . 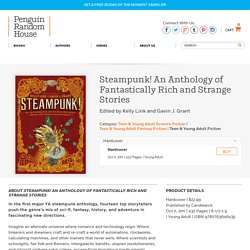 An excellent collection, full of unexpected delights. —Kirkus Reviews (starred review) Veteran editors Link and Grant serve up a delicious mix of original stories from 14 skilled writers and artists…Chockful of gear-driven automatons, looming dirigibles, and wildly implausible time machines, these often baroque, intensely anachronistic tales should please steampunks of all ages. —Publishers Weekly (starred review) Within these pages, there’s a little something for everyone…This exceptional anthology does great service to the steampunk subgenre and will do much to further its audience. It is about time that steampunk short stories really got a focused and creative exploration in YA lit, and this anthology of fourteen pieces is an excellent start.