Boy 87. ‘Boy87 is an original and beautifully written page-turner of a novelabout love, survival and the strength that can be found in a hopeful humanspirit’ — Sarah Crossan, Carnegie Medal Winner ‘Shif is anunforgettable character, and his story should be read by everyone who caresabout one of the unfolding tragedies of our time’ — Award-winning authorElizabeth Laird Shif is just an ordinary boy wholikes chess, maths and racing his best friend home from school. 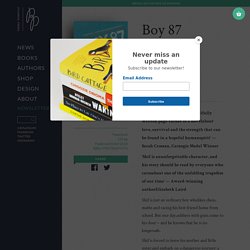 But one day,soldiers with guns come to his door – and he knows that he is no longersafe. The Boy at the Back of the Class. Refugee. The Bone Sparrow. Subhi's imagination is as big as the ocean and wide as the sky, but his world is much smaller: he's spent his whole life in an immigration detention centre. 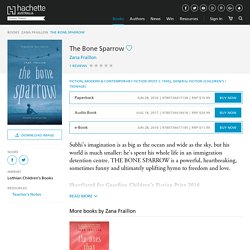 Inside Out and Back Again. Critical Praise “Open this book, read it slowly to savor the delicious language. 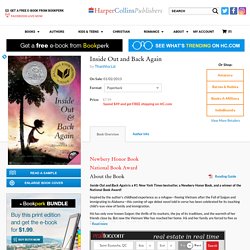 This is a book that asks the reader to be careful, to pay attention, to sigh at the end.” — Kathi Appelt, bestselling author of Newbery Honor Book The Underneath “Based in Lai’s personal experience, this first novel captures a child–refugee’s struggle with rare honesty. The Ink Bridge. A Long Walk to Water. Salt to the Sea. New York Times Bestseller! 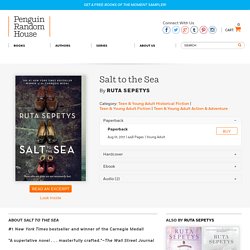 “Masterly crafted”—The Wall Street Journal For readers of Between Shades of Gray and All the Light We Cannot See, bestselling author Ruta Sepetys returns to WWII in this epic novel that shines a light on one of the war’s most devastating—yet unknown—tragedies.World War II is drawing to a close in East Prussia and thousands of refugees are on a desperate trek toward freedom, many with something to hide. Hinterland. It is night, and two boys are crossing a river that is also a border. 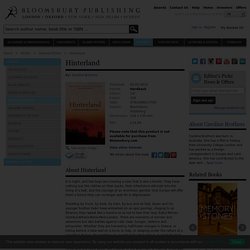 They have nothing but the clothes on their backs, their inheritance stitched into the lining of a belt, and the courage of an enormous gamble: that Europe will offer them a future they can no longer wait for in Afghanistan. Travelling by truck, by boat, by train, by bus and on foot, Aryan and his younger brother Kabir have embarked on an epic journey, clinging to an itinerary they repeat like a mantra so as not to lose their way: Kabul-Tehran-Istanbul-Athens-Rome-Paris-London.

In the Sea There are Crocodiles. “Inspiring.” 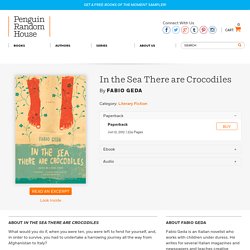 —O, The Oprah Magazine “Extraordinary. . . . A gripping, strangely sweet tale. . . . Reading of Akbari’s efforts to find a better life—alone and at an age when children in our country can’t even drive yet—will leave you shaken, but his resilient joy leavens the story. . . . The lovely rapport between Akbari and Geda comes across now and then when the journalist interrupts to prod him for more detail, gently reminding him just how extraordinary his experience is.” “A remarkable story.” “Remarkable. . . . Close to the Wind. The Ones That Disappeared. A powerful and moving story of three trafficked children searching for freedom and hope. 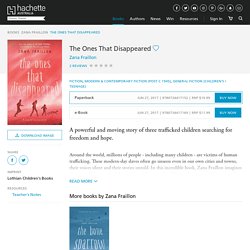 Around the world, millions of people - including many children - are victims of human trafficking. These modern-day slaves often go unseen even in our own cities and towns, their voices silent and their stories untold. In this incredible book, Zana Fraillon imagines the story of three such children, Esra, Miran and Isa. The result is powerful, heartbreaking and unforgettable. Esra, Miran and Isa work for the Snakeskin gang, tending to plants in the dark and airless basement of a house they are not allowed to leave. This is a SKELLIG for this generation; beautiful, magical and with Zana Fraillon's incredible talent for combining important global issues with extraordinary storytelling. 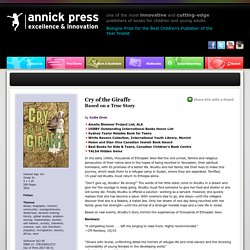 Wuditu and her family risk their lives to make this journey, which leads them to a refugee camp in Sudan, where they are separated. Terrified, 15-year-old Wuditu must return to Ethiopia alone. Boy Overboard. Under the Persimmon Tree. Mahtab's Story. Rhumba. RHUMBA by Elaine Proctor. 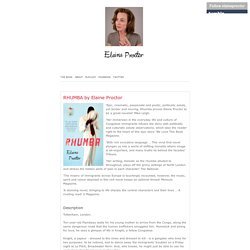 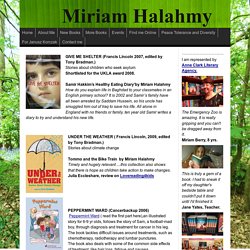 The Island. Absolutely the story of our time - an amazing and powerful picture book. Winner of several international awards and available for the first time in English. 'One of my ten favourite picture books of all time.' - John Marsden In the morning the people of the island found a man sitting on the shore, there where fate and the ocean currents had set him and his frail raft in the night. When he saw them coming towards him, he rose to his feet. He was not like them. The Silver Sword.