Author Brian Falkner is visiting our school September 20, 2016. Browse through his books and learn about the man and his writing through the websites and articles below.

Shooting Stars. Battlesaurus: Rampage at Waterloo. What if the power to control the most terrifying animals in history fell into the hands of one of the most brilliant and ferocious military leaders of all time? 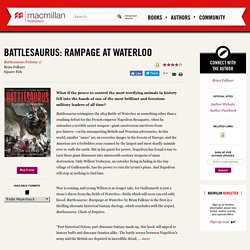 Battlesaurus reimagines the 1815 Battle of Waterloo as something other than a crushing defeat for the French emperor Napoléon Bonaparte, when he unleashes a terrible secret weapon—giant carnivorous survivors from pre-history—on his unsuspecting British and Prussian adversaries. In this world, smaller “saurs” are an everyday danger in the forests of Europe, and the Americas are a forbidden zone roamed by the largest and most deadly animals ever to walk the earth.

But in his quest for power, Napoléon has found a way to turn these giant dinosaurs into nineteenth-century weapons of mass destruction. Only Willem Verheyen, an outsider living in hiding in the tiny village of Gaillemarde, has the power to ruin the tyrant’s plans. And Napoléon will stop at nothing to find him. ... less. Battlesaurus: Clash of Empires. The Project. By Brian Falkner His life could change the world. 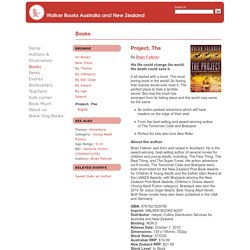 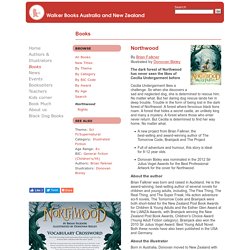 So when she discovers a sad and neglected dog, she is determined to rescue him. No matter what. But her daring dog rescue lands her in deep trouble. Brainjack. By Brian Falkner A thrilling action novel set in the not-too-distant future in which a brilliant young computer hacker fights to prevent the human race from being erased. 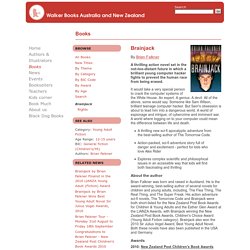 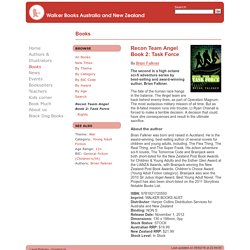 The fate of the human race hangs in the balance. The Angel team are back behind enemy lines, as part of Operation Magnum. Recon Team Angel #3: Ice War. By Brian Falkner The third in a high octane sci-fi adventure series by bestselling and award-winning author, Brian Falkner. 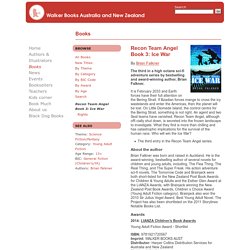 It is February 2033 and Earth forces have their full attention on the Bering Strait. Recon Team Angel #4: Vengeance. The fourth and final book in a high-octane sci-fi adventure series by bestselling and award-winning author, Brian Falkner. 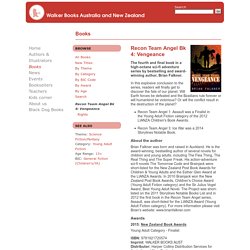 In this explosive conclusion to the series, readers will finally get to discover the fate of our planet. Will Earth forces be defeated and the Bzadians rule forever or will humankind be victorious? The Flea Thing. By Brian Falkner Funny, thrilling, action-packed books boys will devour. 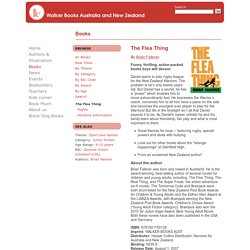 Daniel wants to play rugby league for the New Zealand Warriors. The problem is he's only twelve years old. But Daniel has a secret, he has a "power" which enables him to move extraordinarily fast. He impresses the Warrior s coach, convinces him to let him have a place on the side and becomes the youngest ever player to play for the Warriors! Great themes for boys -- featuring rugby, special powers and deals with bullying. The Real Thing. By Brian Falkner Funny, thrilling, action-packed books boys will devour. 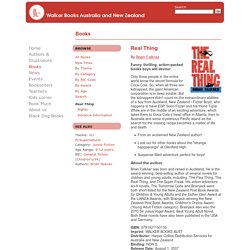 Only three people in the entire world know the secret formula for Coca-Cola. So, when all three are kidnapped, the giant American corporation is in deep trouble. But the kidnappers didn't count on the extraordinary abilities of a boy from Auckland, New Zealand - Fizzer Boyd, who happens to have ESP. Soon Fizzer and his friend Tupai White are in the middle of an exciting adventure, which takes them to Coca-Cola s head office in Atlanta, then to Australia and some mysterious Pacific island as the search for the missing recipe becomes a matter of life and death. From an acclaimed New Zealand author! The Tomorrow Code. By Brian Falkner Crack the code, or tomorrow is history! 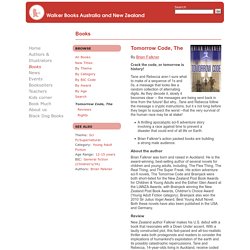 Tane and Rebecca aren t sure what to make of a sequence of 1s and 0s, a message that looks like a random collection of alternating digits. As they decode it, slowly it becomes clear -- the messages are being sent back in time from the future! But why...Tane and Rebecca follow the message s cryptic instructions, but it s not long before they begin to suspect the worst --that the very survival of the human race may be at stake! A thrilling apocalyptic sci-fi adventure story involving a race against time to prevent a disaster that could end of all life on Earth. Author website. NZ YA Book of the Year 2016. Interview with Brian Falkner. New Zealand Book Council. Born and raised in Auckland, Brian Falkner is a children's book author and sought-after writing coach. How do I sign an ebook? E-Books will never take off, I thought. Until I bought an iPhone. I love books.