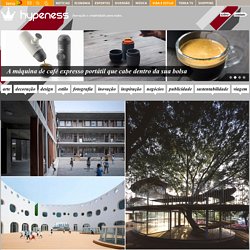 ‎m.mdemulher.abril.com.br/familia/modo-frances-educar-filhos-revela-preciso-preservar-direitos-pais-778030. Rebel Heart sailboat rescue: Eric and Charlotte Kaufman are part of my community, and we’re good parents. Courtesy of Diane Selkirk My husband and I are raising a child while traveling aboard our 40-foot sailboat Ceilydh. 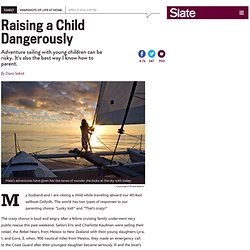 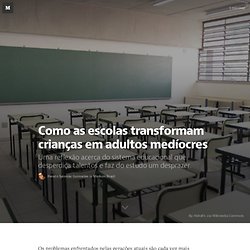 When one New Zealand school tossed its playground rules and let students risk injury, the results were surprising. AUCKLAND, New Zealand — It was a meeting Principal Bruce McLachlan awaited with dread. 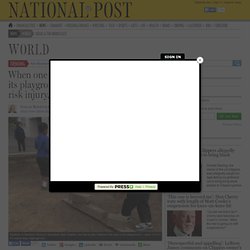 One of the 500 students at Swanson School in a northwest borough of Auckland had just broken his arm on the playground, and surely the boy’s parent, who had requested this face-to-face chat with its headmaster, was out for blood. Kagan McLeod/National Post It had been mere months since the gregarious principal threw out the rulebook on the playground of concrete and mud, dotted with tall trees and hidden corners; just weeks since he had stopped reprimanding students who whipped around on their scooters or wielded sticks in play sword fights.

He knew children might get hurt, and that was exactly the point — perhaps if they were freed from the “cotton-wool” in which their 21st century parents had them swaddled, his students may develop some resilience, use their imaginations, solve problems on their own. The parent sat down, stone-faced, across from the principal. Carta à minha filha: Não deixe que a escola te ensine. Clarice querida, O mundo está mudando rápido. 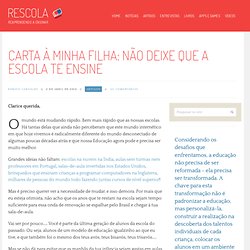 RSA Animate - Changing Education Paradigms. Anant Agarwal: Why massive open online courses (still) matter. MOOCs 101. This Is What Happens When A Kid Leaves Traditional Education. Logan Laplante is a 13 year-old boy who was taken out of the education system to be home schooled instead. 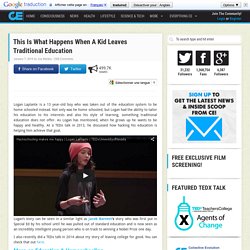 Not only was he home schooled, but Logan had the ability to tailor his education to his interests and also his style of learning, something traditional education does not offer. As Logan has mentioned, when he grows up he wants to be happy and healthy. At a TEDx talk in 2013, he discussed how hacking his education is helping him achieve that goal. Forget what you know: Jacob Barnett at TEDxTeen. YouTube. Seja um fracassado: Gustavo Reis at TEDxUnisinos 2012. Sugata Mitra: Kids can teach themselves. School in the Cloud - Sugata Mitra. Recruit partners in the areas of technology, architecture, education and strategy to help design and build Schools in the Cloud of varying bandwidth and resources. 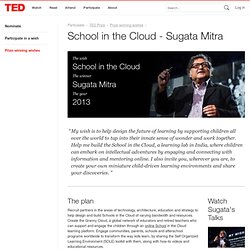 Create the Granny Cloud, a global network of educators and retired teachers who can support and engage the children through an online School in the Cloud learning platform. Engage communities, parents, schools and afterschool programs worldwide to transform the way kids learn, by sharing the Self Organized Learning Environment (SOLE) toolkit with them, along with how-to videos and educational resources. In November 2013, the first School in the Cloud—located inside a high school in Killingworth, England—opened its doors to students. Since then, four more schools have opened— one more in the United Kingdom and three in India, including two flagship facilities and the first independent School in the Cloud. A digital School in the Cloud platform was launched at TED2014. Educational researcher Dr. Thank you.

Help make Sugata Mitra’s wish a reality by downloading SOLE: How to Bring Self-Organized Learning Environments to Your Community. 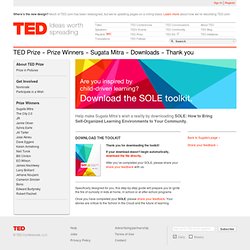 Thank you for downloading the toolkit! If your download doesn't begin automatically, download the file directly. After you’ve completed your SOLE, please share your share your feedback with us. Ken Robinson: How schools kill creativity.