We've Broken Down Your Entire Life Into Years Spent Doing Tasks. Manage Your Energy. Productivity. A daily routine supercharged my work life. Here's how to build one that works for you - ABC News. Routines sometimes get a bad rap as being mundane and limiting creativity — but I feel like the opposite can be true. In fact, building a morning routine saved my work life. In 2012, I was in an exec in Hong Kong, with a calendar full of back-to-back meetings and an overflowing inbox. When I went on holiday in the middle of the year, my body slowed down a little — and then completely crashed. 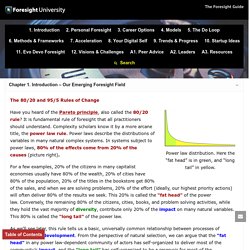 Here the “fat head” is in green, and “long tail” in yellow. Have you heard of the Pareto principle, also called the 80/20 rule? It is fundamental rule of foresight that all practitioners should understand. Complexity scholars know it by a more arcane title, the power law rule. For a few examples, 20% of the citizens in many capitalist economies usually have 80% of the wealth, 20% of cities have 80% of the population, 20% of the titles in the bookstore get 80% of the sales, and when we are solving problems, 20% of the effort (ideally, our highest priority actions) will often deliver 80% of the results we seek. As we’ll see later, this rule tells us a basic, universally common relationship between processes of evolution and development.

This rule is obviously very important for foresight. The 95/5 rule is another basic and universal relationship between processes of evolution and development. Genetic activity. Log in to Trello. Votre navigateur n'a pas pu charger l'ensemble des ressources de Trello. 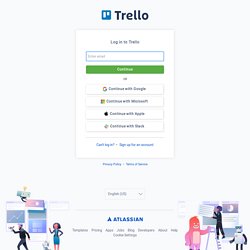 How to do the most work in the shortest time. We are designed by evolution to be busy. 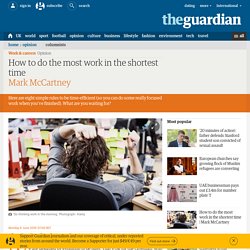 That’s OK for the caveman, who needs to feed himself; not OK for you in the 21st-century when you have to deal with an ever-growing range of tempting distractions. Which is why it is so baffling that Paris has been identified as the city with the shortest working week, when France is renowned for having higher productivity than the UK. As a coach who specialises in enabling people to get more done more quickly, I notice that those who get the most worthwhile work done in the smallest amount of time follow a set of rules.

Oddly, we are never taught these rules, and most of us just stick to the same old unconscious (bad) habits. How to Set up Your Desk to Increase Productivity at Work. No matter how you want to approach the math, adults spend nearly 40% of their day at work according to a recent American Time Use Survey. 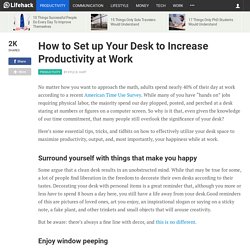 While many of you have “hands on” jobs requiring physical labor, the majority spend our day plopped, posted, and perched at a desk staring at numbers or figures on a computer screen. So why is it that, even given the knowledge of our time commitment, that many people still overlook the significance of your desk? Here’s some essential tips, tricks, and tidbits on how to effectively utilize your desk space to maximize productivity, output, and, most importantly, your happiness while at work.

Surround yourself with things that make you happy Some argue that a clean desk results in an unobstructed mind. But be aware: there’s always a fine line with decor, and this is no different. Enjoy window peeping If possible, request a desk near the window. Get More Out of Google (print-friendly) 13 Things You Should Give Up If You Want To Be Successful. 8 Critical Change Management Models to Evolve and Survive. 9 Law Of Attraction Manifestation Techniques You Should Be Using.

If you’re interested in the power of the LOA, you will probably know all the best Law of Attraction manifestation techniques… Visualizations and affirmations are the most popular, and for good reason! 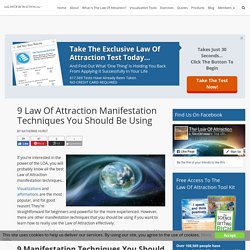 They’re straightforward for beginners and powerful for the more experienced. Being mediocre is the most valuable thing you can do in life. There are currently 579,701 self-help books in Amazon telling you how to live a better life. 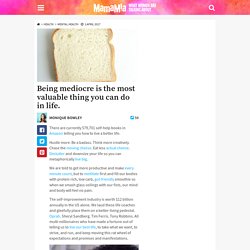