Tyrant (TV Series 2014– ) Storage Wars. Pawn Stars. It's one of the oldest forms of banking. 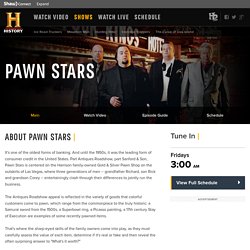 And until the 1950s, it was the leading form of consumer credit in the United States. Narcos (TV Series 2015– ) Mysteries at the Museum. Mysteries at the Monument. Limitless. Halt and Catch Fire (TV Series 2014– ) American Pickers. Bloodline (TV Series 2015– ) Blindspot. Married... with Children. ‘101 Best Written TV Series Of All Time’ From WGA/TV Guide: Complete List. Los Angeles and New York – Recognizing the essential role that writers have played in creating and elevating the medium of television since its inception, the Writers Guild of America, West (WGAW) and the Writers Guild of America, East (WGAE) tonight announced the list of the 101 Best Written TV Series, honoring seven decades of outstanding television programming and the writers who brought it all to life. 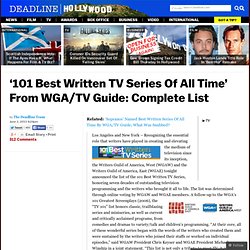 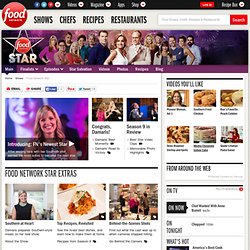 About the Show In a summer of heated competition, 12 hopefuls face off for the chance to score their dream TV job: hosting their own Food Network show. The Goldbergs. Gotham. Hell's Kitchen. Season 12 of HELL'S KITCHEN will be as explosive, dramatic and %@#! 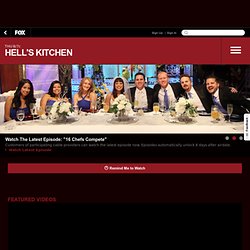 &* intense as ever, thanks to Chef Gordon Ramsay and his demanding challenges. Once again, 20 aspiring restaurateurs will brave Ramsay and his fiery command of the kitchen as he puts the competitors through an intense culinary academy to prove they possess the right combination of ingredients to win a life-changing grand prize. The chefs will have to raise their game if they want to prove to Ramsay that they will have what it takes to win. House of Cards. Marvel's Agents of S.H.I.E.L.D. MasterChef. Host and award-winning chef Gordon Ramsay, restaurateur Joe Bastianich and acclaimed chef Graham Elliot return for Season Five of the culinary smash hit MASTERCHEF premiere Monday, May 19 (8:00-9:00 PM ET/PT). 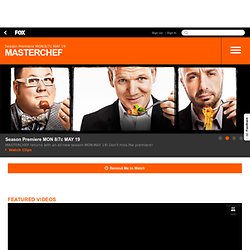 The three celebrated food experts will put the latest group of contestants through a series of challenging elimination rounds and turn one home cook into a culinary master. The hit unscripted series once again will conduct a nationwide search for the best home cooks in America. Thirty of the best home cooks will be flown to Los Angeles to present their signature dishes to the judges in hopes of earning a coveted MASTERCHEF apron. Once the auditions are over, the top home cooks will be put through their paces in a series of challenges designed to test their palates, food knowledge, passion and culinary skills. In MASTERCHEF's biggest field challenge ever, the home cooks will work in teams to prepare a hearty meal for more than 500 hungry servicemen and women on an army base.

MasterChef Junior. Move over grown-ups…the kids are taking over the kitchen! 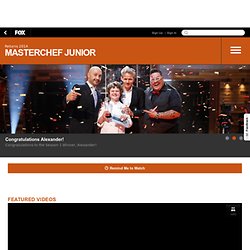 MASTERCHEF JUNIOR is a new culinary competition series for talented kids between the ages of eight and 13 who love to cook. Based on the hugely successful U.K. format, the series extends the MASTERCHEF brand in the U.S. to include a younger group of aspiring masterchefs. The Middle. Modern Family. Modern Family. On Story (Austin Film Festival) Person of Interest. Restaurant Impossible. Restaurant Stakeout. Hosted by Willie Degel About the Show Willie Degel is known for running a tight ship at his restaurants. 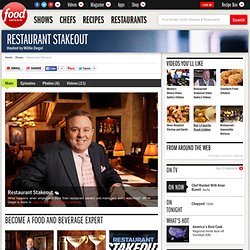 His secret: cameras canvassing every inch of his restaurant, allowing him to keep a close eye on his floor, staff and patrons. Shark Tank. Sherlock. So You Think You Can Dance. Returning for its landmark 10th season, SO YOU THINK YOU CAN DANCE debuts with a two-night premiere Tuesday, May 14 at 8/7c and Wednesday, May 15 at 9/8c on FOX. 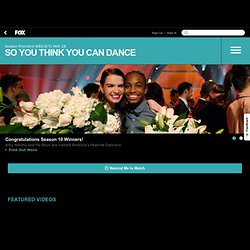 The Emmy Award-nominated hit dance competition series will feature host Cat Deeley (@catdeeley) and resident judges Nigel Lythgoe (@dizzyfeet) and Mary Murphy (@hottamaletrain), as well as guest judges, including Minnie Driver, Jesse Tyler Ferguson, Wayne Brady, All-Star Stephen “tWitch” Boss and Adam Shankman, among others, at auditions in Austin, Boston, Detroit, Memphis and Los Angeles. Each show will again feature breathtaking performances, as well as suspenseful eliminations, as the contestants compete to be named America's Favorite Dancers. In Season 10, producers travel across the country in search of dancers who represent the best America has to offer.

Whose Line Is It Anyway?

So glad to see this return. Colin, Ryan, & Wayne are as great as ever. Sorry, but when Aisha Tyler is loud, cracks start forming in my skull. I prefer Drew Carey, so far. He seemed more naturally funny. I'm curious to see if she'll get involved in any of the skits, like Drew did occasionally. I realize the host in such a show is a small part, but it can make the slightest difference in those who are on the fence about watching it. – jschicke