Rent Out Your Room, House or Apartment on Airbnb. How Hosting Works Sign up to host Start by creating your listing. 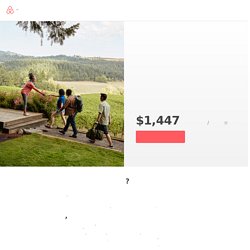 It’s like a profile page for your place. What’s in a listing? You’ll fill out a description, take and upload photos, and pick a price. Who can book You set the availability and house rules for your listing. We’re here to help From getting your home ready and choosing a price, to understanding your responsibilities under local laws — we’ve got tools and resources for you. Guests find your listing and book You’ll get a reservation confirmation and a message from your guest.

Message your guests Messaging online and via the app helps you get to know guests and answer any questions. Plan for check-in Some hosts meet guests in person to hand over a key, others provide a door code. IES Will Open a New School in Landskrona. Internationella Engelska Skolan plans to open a new school in Landskrona in August 2017. - The local community in Landskrona has, for several years, expressed a strong wish to have us establish Engelska Skolan in town. 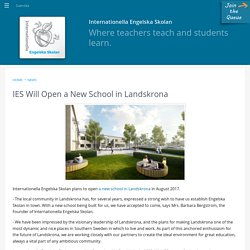 With a new school being built for us, we have accepted to come, says Mrs. Barbara Bergstrom, the Founder of Internationella Engelska Skolan. - We have been impressed by the visionary leadership of Landskrona, and the plans for making Landskrona one of the most dynamic and nice places in Southern Sweden in which to live and work. As part of this anchored enthusiasm for the future of Landskrona, we are working closely with our partners to create the ideal environment for great education, always a vital part of any ambitious community. 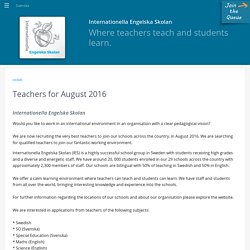 Internationella Engelska Skolan. Bilingual School. MDE. On April 9, Minnesota’s State Capitol was buzzing with the sounds of students, parents, educators and advocates—Minnesotans from across the state who came together to watch Governor Mark Dayton sign the Safe and Supportive Schools Act into law. 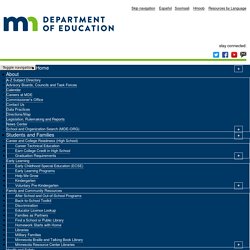 Read Commissioner Casselius' statement. Read about the event and what the new law means for Minnesota. Members of the Minnesota Youth Council visited the state education department to learn more about what we do. The Minnesota Department of Education's Student Advisory Committee planned and hosted the event which involved exhibits and presentations from a variety of MDE divisions, including: STEM, Food, Safety and Nutrition, College and Career Success, Postsecondary Transition Services and more. In English. Borås combines all the wealth of choice of a big city with the convenience of a small town. 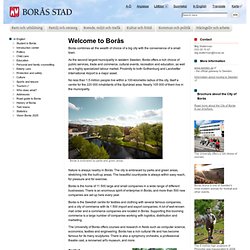 As the second largest municipality in western Sweden, Borås offers a rich choice of public services, trade and commerce, cultural events, recreation and education, as well as a highly specialized labour market. Proximity to both Gothenburg and Landvetter International Airport is a major asset. No less than 1.5 million people live within a 100-kilometre radius of the city, itself a centre for the 220 000 inhabitants of the Sjuhärad area. Nearly 105 000 of them live in the municipality. Nature is always nearby in Borås. Borås is the home of 11 500 large and small companies in a wide range of different businesses. Borås is the Swedish centre for textiles and clothing with several famous companies, and a city of commerce with its 1 500 import and export companies.

The University of Borås offers courses and research in fields such as computer science, economics, textiles and engineering. Borås. Borås.