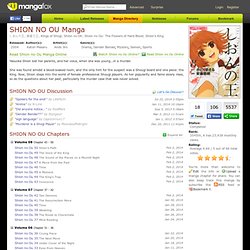 Girl with penguin handkerchief given by cute boy. She enters school's competition for strongest class – jrheller3410

Sewing Manga. March is National Craft Month (among other things). 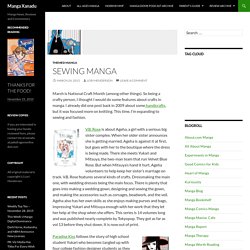 So being a crafty person, I thought I would do some features about crafts in manga. I already did one post back in 2009 about some handicrafts, but it was focused more on knitting. This time, I’m expanding to sewing and fashion. V.B. Rose is about Ageha, a girl with a serious big sister complex. Paradise Kiss follows the story of high school student Yukari who becomes tangled up with four college fashion designer students as they prepare for the fashion school final and want Yukari to model their gown for them.

Stolen Hearts is about Shinobu Okuma, a petite girl and Miharu Koguma, a boy who looks intimidating, but is really gentle. Buriki no Kanzume is about Nabiki Oukawa, a girl who dreams of being a stuffed toy maker. Handmade Oujisama is about Michiru Asaba, a successful fashion magazine editor who is dumped by her boyfriend because she can’t even sew on a button. Osen follows Sen Handa, nicknamed Osen. Related. Seishun Walker. Nobuyo Yamamoto.

Oouso Swing. I only read 1 chapter of this manga but i already like it. i think it's going to be an amazing romance manga.... stpry: the main character, shirose sayo, in her 3rd year of middle school admired a guy,saeki, because he seemed to be mature but at the graduation a thing happens and her expectations of him comes destroyed.then after 1 year they meet at goukon and they start to be friends, as saeki wants her help to choose a gift that's for the girl he likes,sayo's older brother's girlfriend.sayo thinks it was good she knew the truth before falling for him but who knows what will happen next???? 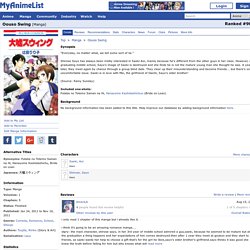 Art: i like the art 'cause it's not the same as every shoujo manga has. it's different and really very good. i like it!!! Characters: there really are great characters with great personalities and appearances. it's not like in some mangas where only the main characters are cute and cool... everyone's drawn perfectly.... Koe no Katachi boy bullies deaf girl in elememntary she leave school he becomes bullied leaves school feels like ending life trys to make up for past mistakes looks for her and triess to give all memories back.

Ano_ko_to_boku_no_ie dog is connected to many love stories at school one from past sent to girl as a dream from a festival. MANGA: Air Gear Volume 18 Topics: translator, typesetters, cleaners, proofreader, typesetter, anp, help, checker, unlucky,... 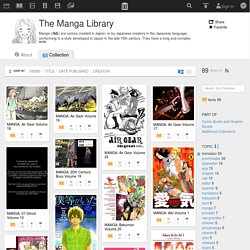 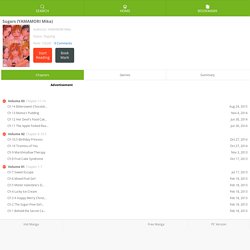 Aug 24, 2015 Ch 13 Mama's Pudding Nov 4, 2014 Ch 12 Her Devil's Food Cak... Jun 30, 2014 Ch 11 The Apple Forked Roa... Hirunaka no Ryuusei girl moves to tokyo lives w uncle attends school tryes to make friends becomes friend of guy scared of girls and bad personality girl her teacher is a friend of uncle they all get along and have changing relationships. Taiyou No Ie girl estranged from mom and dad after divorce moves in w old family neighbor that is trying to get his sibs back to the same house after parents death love story among many of characters. Taiyou No Ie 20.5 Online Reader Tip: Click on the Taiyou No Ie manga image or use left-right keyboard arrow keys to go to the next page. 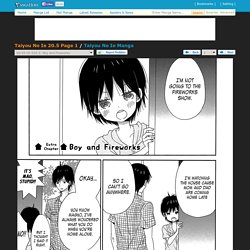