I saw the Court Pomp and Royal Ceremony exhibition at Versailles on its closing day last June and would have hated to miss it. 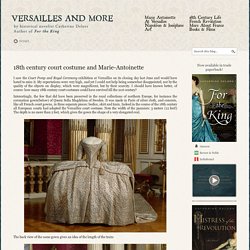 My expectations were very high, and yet I could not help being somewhat disappointed, not by the quality of the objects on display, which were magnificent, but by their scarcity. I should have known better, of course: how many 18th century court costumes could have survived till the 21st century? Interestingly, the few that did have been preserved in the royal collections of northern Europe, for instance the coronation gown(below) of Queen Sofia Magdelena of Sweden. 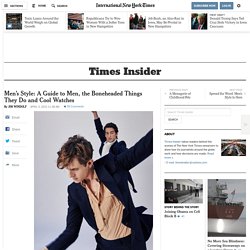 Today The Times unveils Men’s Style, the newspaper’s first new section since 2005. It’s a response to the recent boom in the men’s fashion industry and connected change in the way men present themselves. In recent years, men have taken a seemingly greater interest in how they look. Things that did not seem so interesting back when most men were content to look like slobs may seem worth thinking about now. The section is frivolous and serious at the same time, aimed at guys who are new in town and need some help cracking the code, while also keeping in mind more seasoned men who already know where the treasure is buried. 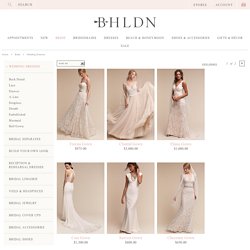 Whether you’ve been dreaming up a beautiful lace wedding gown or even a simple wedding dress, we invite you to browse our large selection of gowns and be sure not to forget about the accessories! Planning a wedding is an exciting time and we know there are a lot of options to consider when it comes to picking out a gown, bridesmaid dresses, and even wedding shoes! Our collection of unique wedding dresses gives you plenty of options to choose from and you are sure to find one that is just right for you at BHLDN!

We invite you to choose from comfortable bohemian-inspired wedding dresses or vintage-inspired glamour, whatever your ideal dress may be, our gowns are designed to celebrate the individual. If you’re particularly drawn to fashion from the past, choose from a number of dresses inspired by vintage wedding dresses worn in the twenties, fifties, sixties, and even the Victorian era. Krikor Jabotian Fall/Winter 2014-2015 — Amal Collection. Hear that? 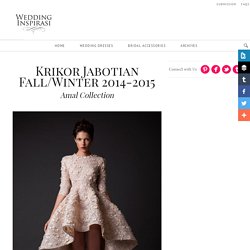 That’s the sound of our jaws dropping in awe of Amal. No, we’ve not taken to stalking George Clooney’s wife. We’re talking about Krikor Jabotian’s stunning Fall/Winter 2014-2015 collection. Amal (أمل means “hope” in Arabic) represents the Lebanese designer’s wish of offering something new and exciting to the world .Voluminous, frothy silhouettes have molted into cleaner lines. Colors and textures have taken a softer route — gold embroidery has made way for organic, coral-like embellishments; blush petals bloom in favor of sequins. “The hope we secretly carry is the most sincere definition of who we are.” 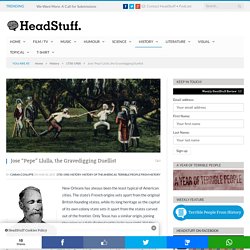 The state’s French origins sets apart from the original British founding states, while its long heritage as the capital of its own colony state sets it apart from the states carved out of the frontier. Only Texas has a similar origin, joining the union as a fully fledged entity in its own right. Yet the French heritage is not the only strain of European culture running through the city – forty years before the Louisiana Purchase of 1803 it was ceded to Spain in the Treaty of Fontainebleu, and only reverted to French rule three years earlier. While the French influence remained the strongest, Spaniards too would call the city home even after it had become American.

One such man was Jose Llulla, the last great fencing master of New Orleans. Meet the real Baron Samedi. History of Mardi Gras Parades. Beads, costumes, and King Cakes are all Mardi Gras staples, however, Carnival season just wouldn’t be the same without elegant, iconic floats rolling through the streets. 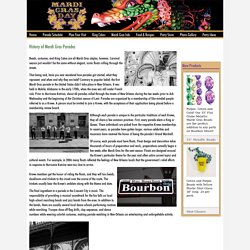 That being said, have you ever wondered how parades got started, what they represent, and when and why they are held? Contrary to popular belief, the first Mardi Gras parade in the United States didn’t take place in New Orleans. It was held in Mobile, Alabama in the early 1700s, when the area was still under French rule. Let the good times roll – The Eye. Revelers all across Louisiana and various cities throughout the United States brought the annual Mardi Gras celebration to its traditional close on Fat Tuesday, in time for the start of the ritual fasting season of Lent on Ash Wednesday. 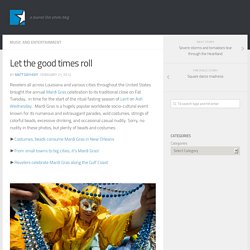 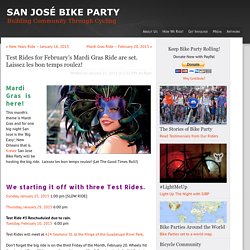